A woman sprang a huge surprise on her partner who was desperate to marry her – by setting up a fake wedding so she could propose.

Paul Schoproni, 40, thought he was on best man duty so was shocked when Aleasha Pilawa turned up in a wedding dress.

The stunned groom was speechless as it dawned on him that it would be him tying the knot.

Guests at the event knew what was happening, but it had all been kept a secret from Paul, who had been asking Aleasha to marry him for years.

Dancing down the makeshift aisle at the town’s Capel Hotel on August 31 while dressed all in white, Aleasha belted out her rendition of the 1978 Motown hit It Should’ve Been Me – while all her unsuspecting other half could do was look on in shock.

Finally Aleasha gets down on one knee and asks: “Will you marry me?”

But, unable to resist getting his own back for the stunt, Paul replies “No” and pretends to run away.

All’s well that ends well, though, as he quickly returns to plant a big kiss on her lips and accepts.

“For the last two years he’s proposed to me about 30 times a day,” said Aleasha, explaining the elaborate deception.

“He used to do things like stand outside there in the morning as I drove past holding a billboard saying ‘Will you marry me?’ – proper embarrassing.

“So I thought I’d finally put him out of his misery,” mum-of-three Aleasha said.

But while everyone else knew what was going on Paul believed he was attending a humanist vow renewal ceremony for his friends Kevin and Heidi.

“He did get suspicious once or twice so I’d have to create an argument just so I could be alone to plan our wedding,” explained Aleasha.

“So, yes, there were a few nights when he ended up sleeping outside in the van bless him.”

“My mate Kev’s a goth and the minister was there in all this dark clothing so I never suspected for one minute the day wasn’t for him,” he said, adding the couple were now planning a honeymoon abroad.

“Then in she came singing our song – I thought it was a joke at first.

“And even now, despite the fact I’ve probably watched the video a hundred times, I still can’t quite believe it.

“Fair play – I have to say I’m pretty impressed she managed to do all that.” 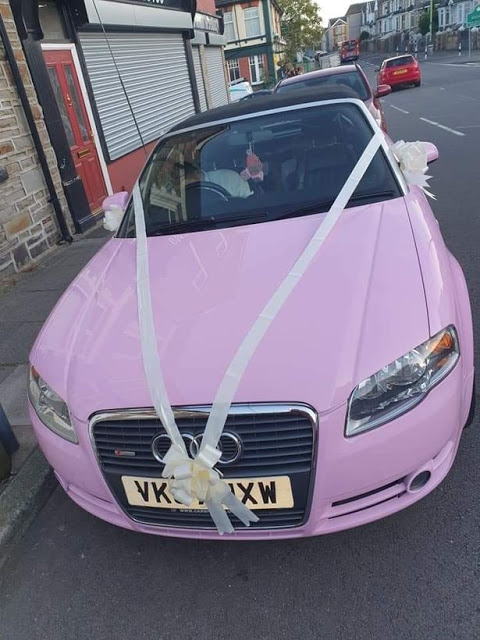 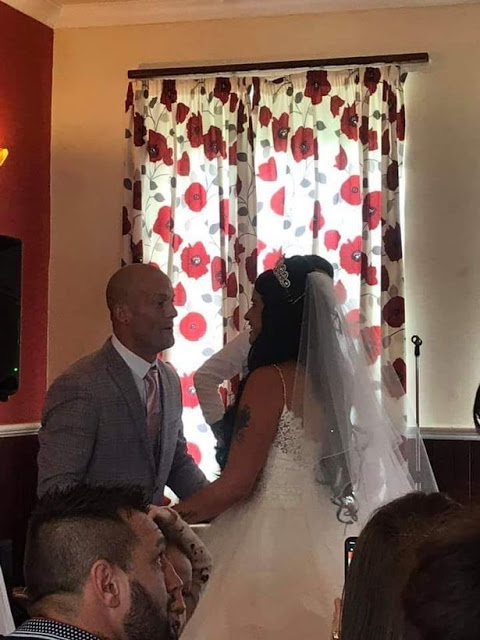 What Do You Think Of This Trendy Bride and Bride’s Maids?