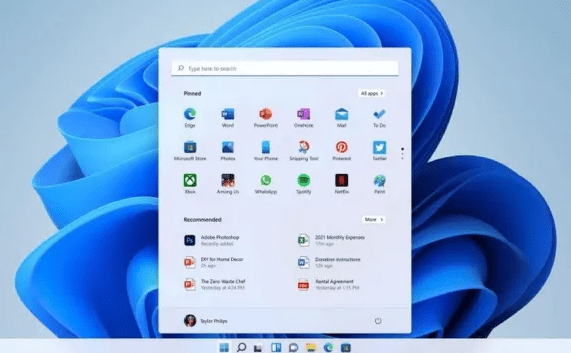 On Tuesday, Windows 11, the latest version of Microsoft’s computer operating system, will be available as a free update for Windows 10 users around the world.

Glam Squad Magazine is here with what we know about it’s user interface, design features and more.

Panos Panay, Microsoft’s chief product officer, told the BBC that the latest version was designed to be “clean, fresh, and easier” for users.

He assured users that the new operating system will not be a “extreme divergence” from what they are used to.

Even the least tech-savvy individuals, he added, can readily upgrade.

“Not because he’s my dad – because I just want it to be easy for him.”

According to him, expert users had already tested it extensively through Window’s Insider trial programme and was confident there would be no teething issues, adding the upgrade is “ready now”.

Phyno Vs Olamide: Who is Richer and a better rapper?