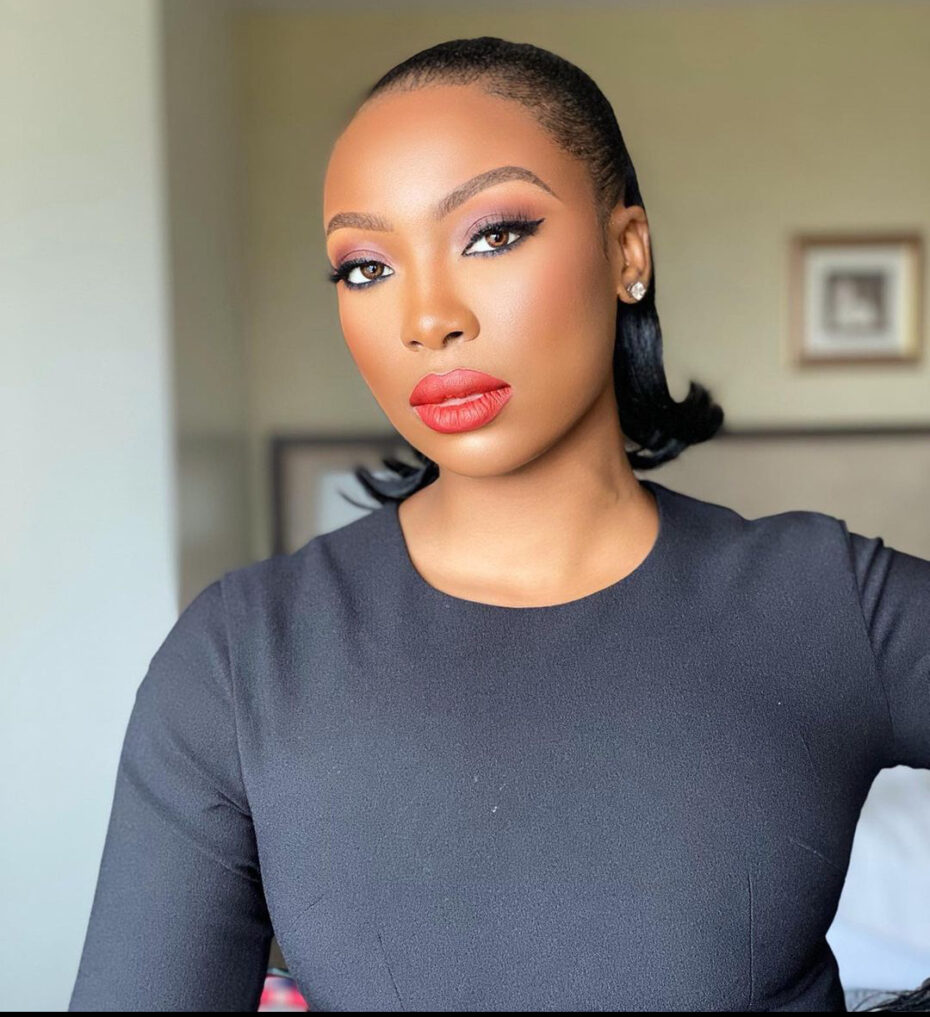 Marriage as it is widely referred to is the legal or traditional union between a man and a woman recognised by law.

In the most common setting, there has to be a romantic relationship and agreement of certain beliefs such as religion between the couple for a marriage to take place.

Bolanle Olukanni, a Nigerian TV presenter has taken to social media to share her opinion about an aspect of marriage.
READ ALSO: Actor, Adekola Tijani Shares Rare Family Pictures
The presenter known for hosting Moments with Mo and Project Fame West Africa in her write-ups on her Twitter and Instagram accounts noted that people think they want to get married however, they only seek security they believe marriage can provide.

She went on to say that everyone has different reasons why they want to get married, however, she believes an honest conversation should take place with intending partners so that they can address issues such as expectations.

Bolanle also noted, “Failed expectations cause great disappointment which can be worked on and healed with time but the worst part is when those expectations weren’t discussed beforehand, it causes chaos and confusion.”
See her post below, 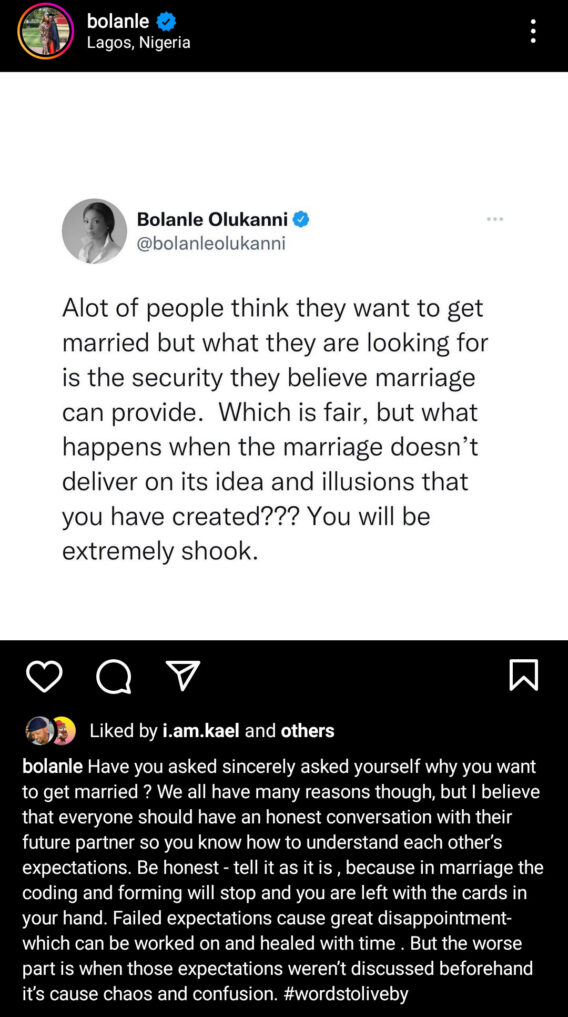 Looks On Women Across Africa – The #Glams-worthy for the Week

Who Looked the BEST At The F

LINDA EJIOFOR, NAETO C AND MANY MORE AT THE VLISCO&CO LAUNCH.

GLAMSQUAD MAGAZINE COVER: ‘IT’ GIRLS IN 2017