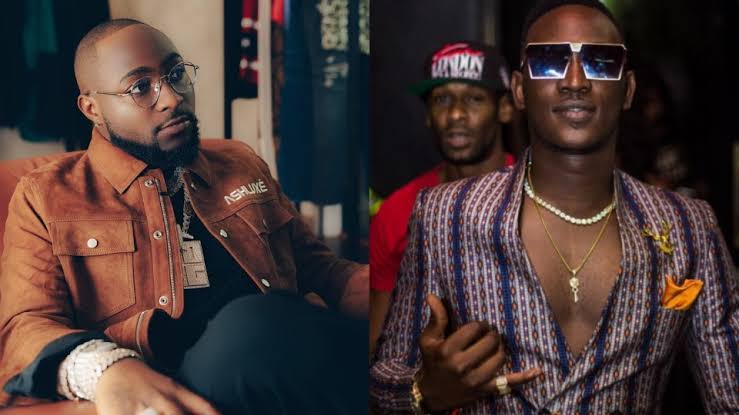 Nigerian singer Dammy Krane has continued to call out his colleague, Davido over an unpaid debt, taking his stance that he is indeed not chasing clout.

Glamsquad reported that Dammy Krane, born Oyindamola Johnson Emmanuel took to Twitter to ask Davido to pay him for the song ‘Pere’ which they co-wrote. He also noted that he has tried to reach out to him without any response. Read here

In a new development, Dammy Krane who is determined to take the bull by the horn shares a screenshot message between himself and former singer-turned social media influencer and blogger, Tunde Ednut.

In the message, Tunde Ednut told Dammy Krane to stop calling out the DMW boss online because it is a war he won’t win and he will also end up losing his fans.

Responding, Dammy Krane noted that God, his fans, family and the government will support him. 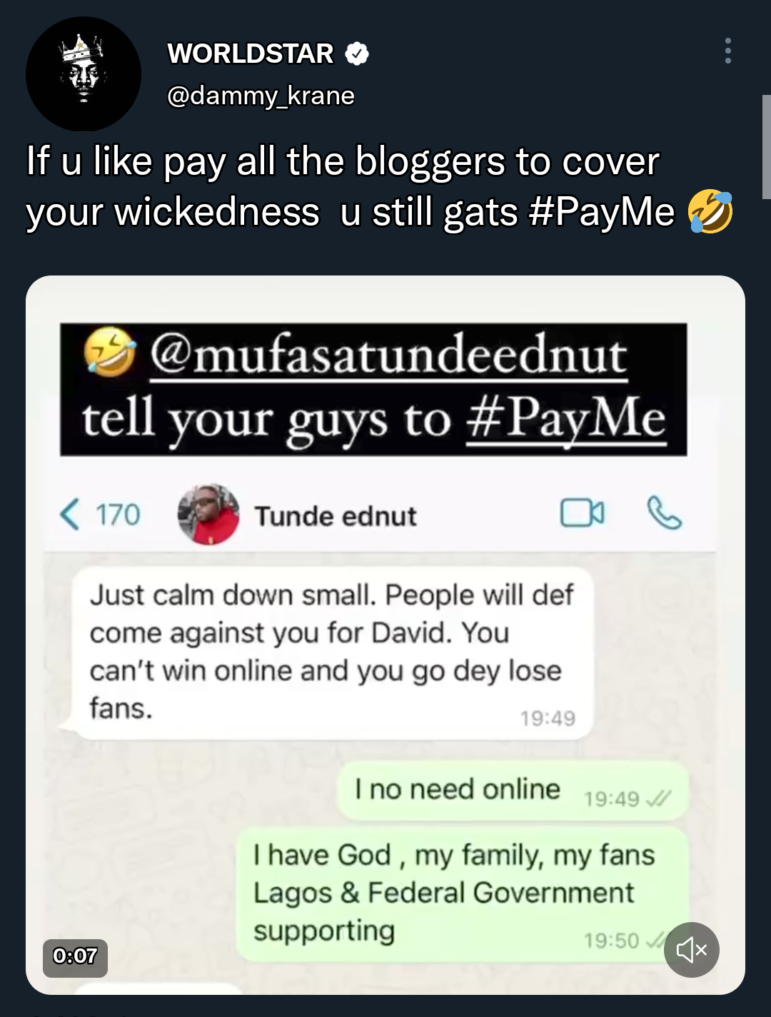 In another series of tweets, the singer whose career has taken a downturn shared released an official portrait of Davido’s crew members known as ’30BG’.

Dammy Krane renamed the gang from ‘30 billion gang‘ to ‘30 broke gang‘. He further took a swipe at Davido by changing his well know slogan ‘We Rise Bye Lifting Others‘ to “We Rise By Ripping Others” 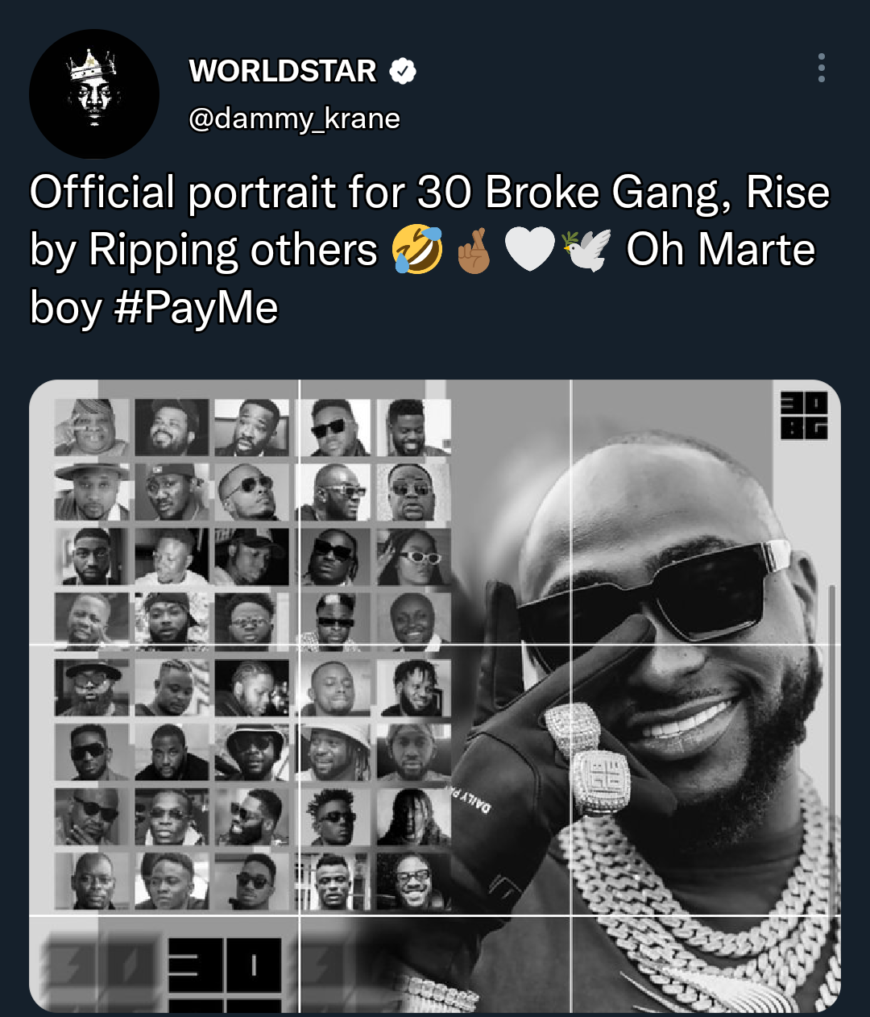 He went on to drag another colleague, Augustine Miles Kelechi better known as Tekno into the drama.

Danny Krane asked Tekno if Davido had paid him for writing one of his hit tracks ‘If and Fall‘.

A few days back, Dammy Krane reacted to the victory of Davido’s uncle, Ademola Adeleke who won the governorship election in Osun State.

He asked Davido if his family intends to oppress the masses and use government funds for themselves. Read Also: Kanye West Apologizes to Kim Kardashian For “Any Stress That I Have Caused