#STYLEGIRL: Linda Osifo’s Simple But Extremely Gorgeous Valentine Look With Braids Was All We Needed To See.

Linda Osifo is a Nigerian actress and television host in Nigeria but to the rest of the world, she’s a leading influencer in the world of fashion.

She has been a prominent stylegirl on FashionGHANA.com and definitely hasn’t failed. Most designers took advantage of valentine’s day to show the world really extravagant fashion styles such as that showcased in the article below.

Surprisingly, Linda Osifo took advantage of the opportunity to tone down her look and grant us with two fabulous top and trouser looks with a touch of red.

It Has To Be The Braids

Despite her toning down, she definitely gave enough style to spark tremendous envy with each image scoring over 20k likes.

What smashed the look was her beautiful braids and as always her charming smile. See her stun below. 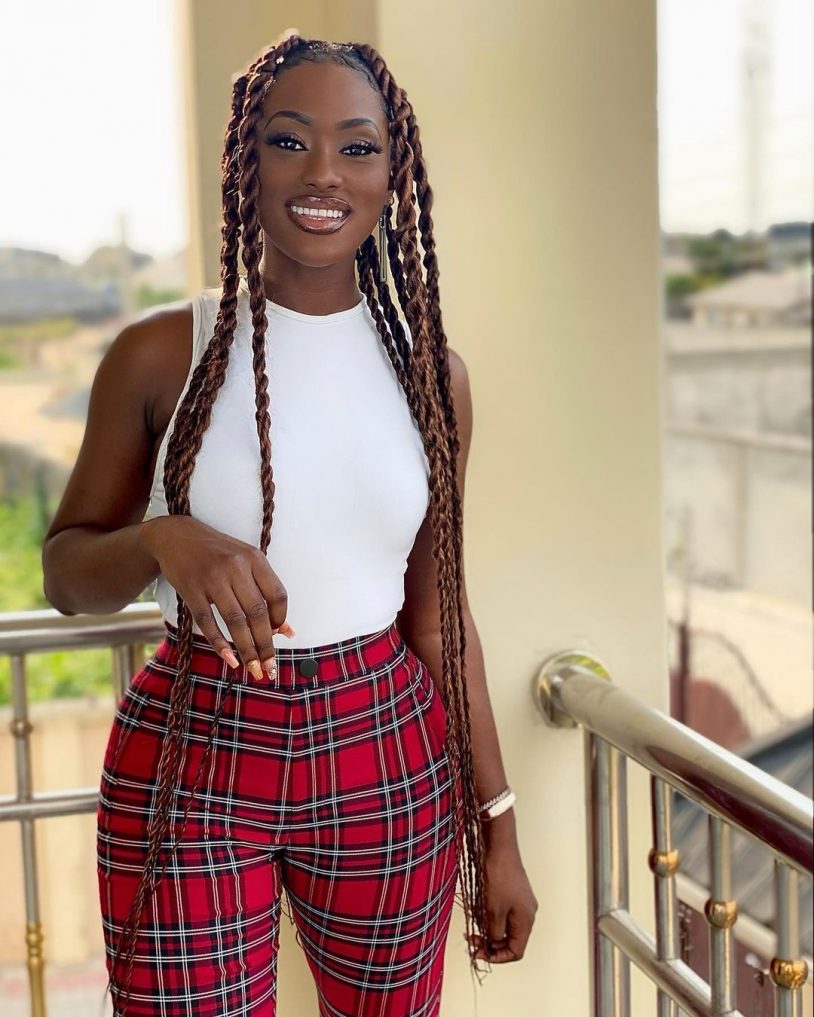 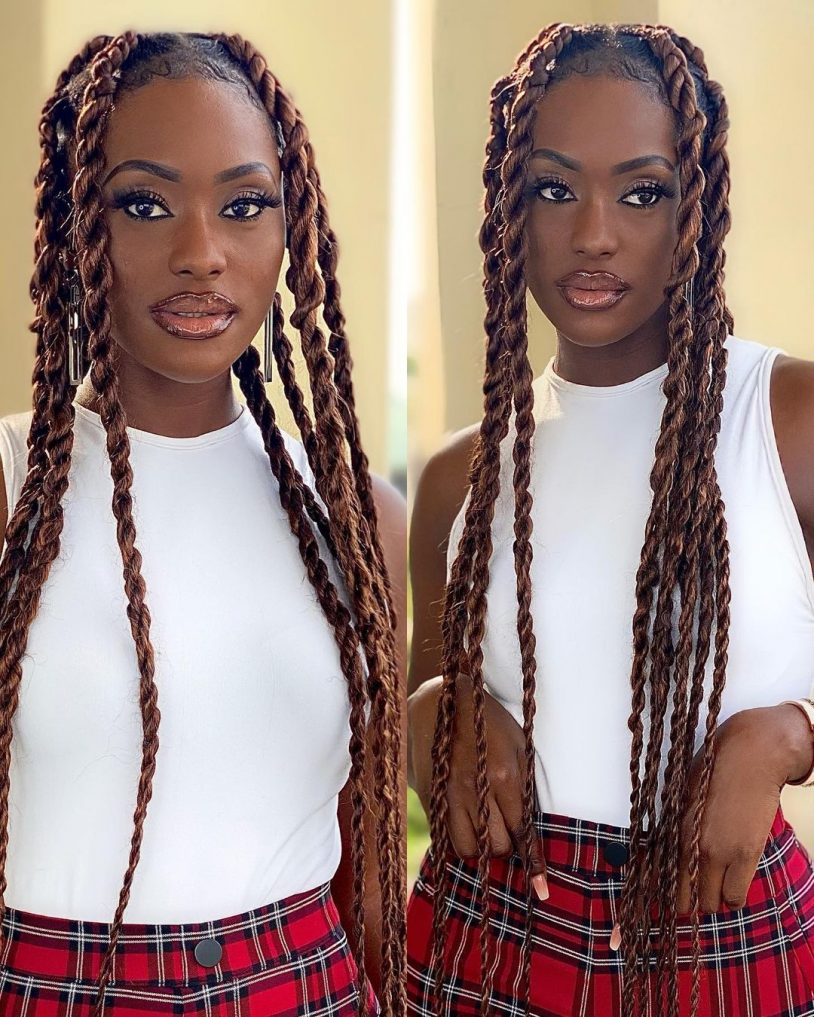 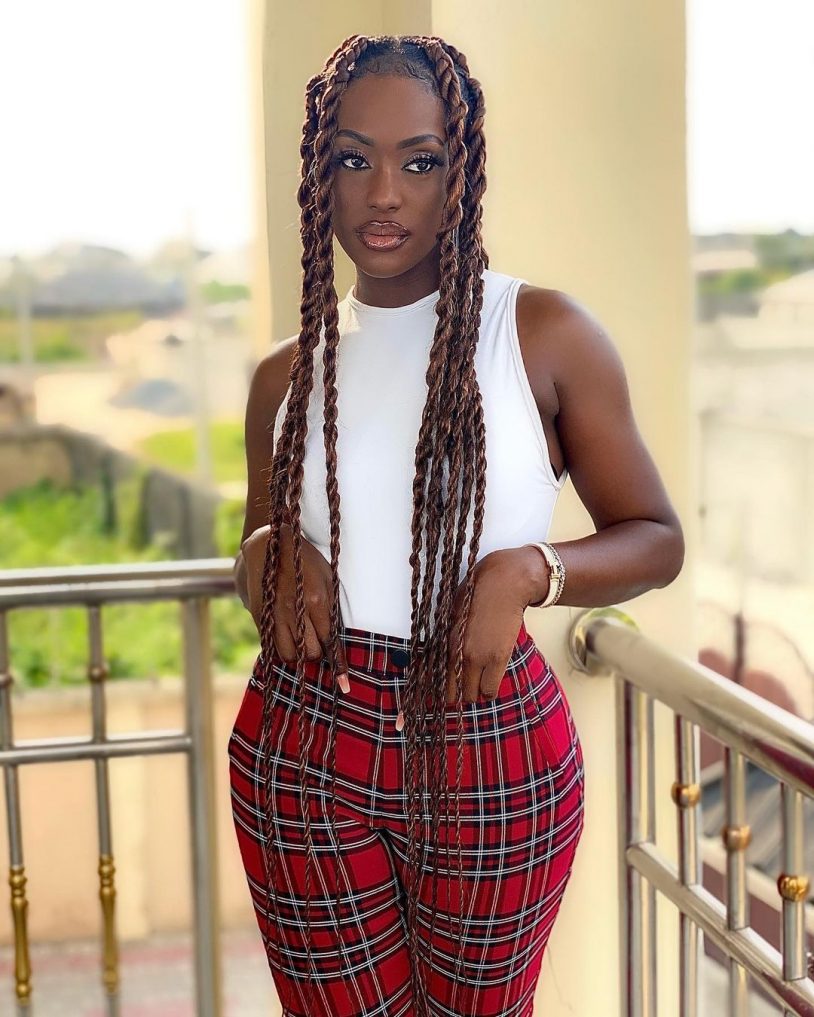 Linda Osifo is a Nigerian actress and television host.

She was first runner-up Miss Nigeria Entertainment Canada 2011 and 2nd runner up Miss AfriCanada 2011 beauty pageant. In 2015, Linda became a Nollywood talent to be reckoned with when she was nominated for the ELOY awards for her role in the hit TV series:

She spent her childhood and most of her adult years in Toronto, Canada before relocating to Lagos, Nigeria to pursue her acting career.

She is the first daughter and middle child of her family. After graduating from St Thomas Aquinas High School, she obtained her Bachelors of Arts degree in Psychology from York University in Toronto Canada in 2013.

She had her debut acting role in 2012 when she starred in Family Secrets, in New Jersey, USA directed by Ikechukwu Onyeka.

Upon her return to Nigeria in late 2013, she starred in her first Nollywood film, ‘King Akubueze’, directed by Nonso Emekewe.

She was featured in the popular Nigerian soap opera Tinsel as ‘Nina Fire’. In 2017, Linda played the role of Adesuwa Dakolo in EbonyLife’s spin-off drama series, ‘Fifty’ and Africa Magic’s television series ‘Jemeji’, playing the role of Noweyhon.

Why I no longer view Kendrick Lamar and Drake as competition- J. Cole reveals