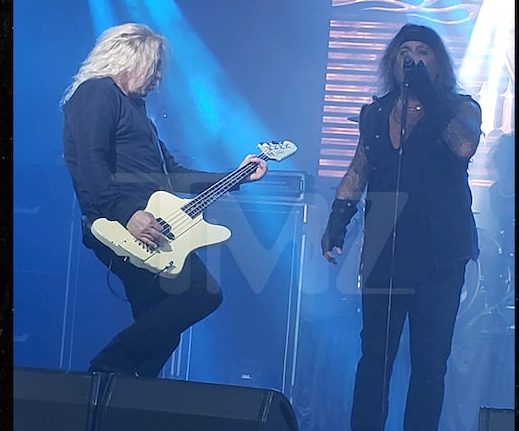 Vince Neil was on top of his game during a concert on Friday night, until he fell off the stage and wound up strapped in an ambulance headed to the hospital.

Vince and his band were performing at the Monster on the Mountain festival in Pigeon Forge, Tennessee.

He was a few songs into his act when he took a step to the edge of the stage and fell 4 feet to the concrete. Vince slid through a little space between the speaker and the platform that he didn’t notice, and he landed on the floor.

His crew feared he had broken some ribs because he was plainly in pain. Vince was helped to his feet by his roadie and a security guard, and he limped away.

The 60-year-old was transferred to a local hospital by ambulance. Doctors took X-rays, but the results are unknown.

Although he is alert now and should be okay.