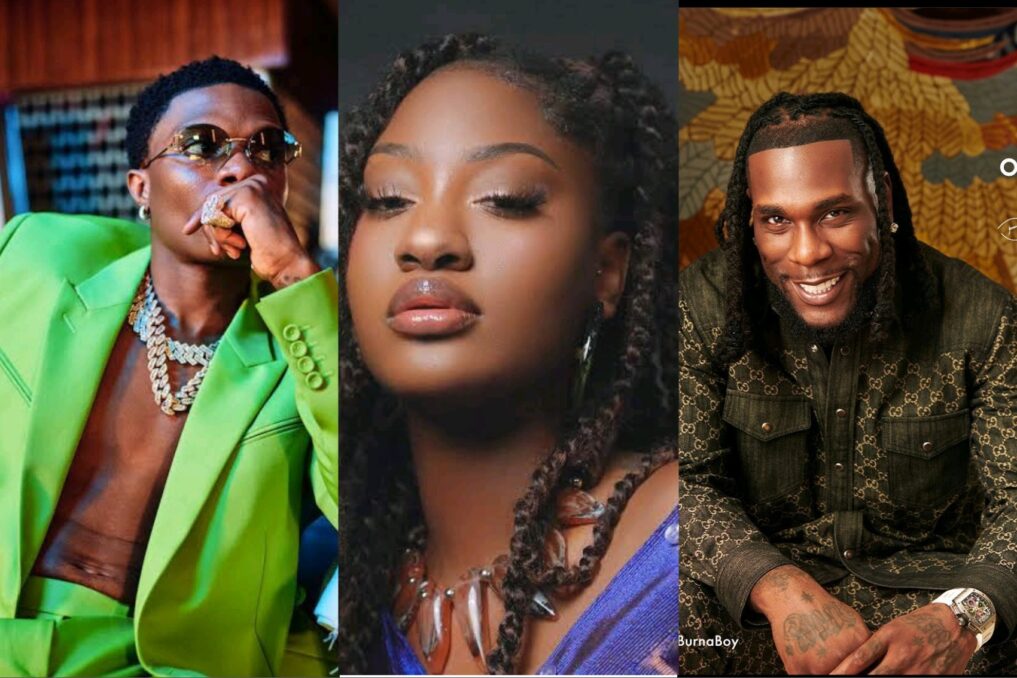 In an interview on BBC Radio 1 Xtra, Wizkid revealed that Burna Boy and terms are family to him.

During the interview, Wizkid was  asked to choose between Burna Boy and Tems. He responded saying:

“They ate both family mehn. I can’t choose one over the other.”

See video of the interview below.

Glamsquad recalls that Burna Boy subtly shaded Wizkid after latter took to Snapchat to send a message to his colleagues. He told them to address him as “sir or daddy.

Wizkid also stated that he can stop touching the mic and yet, no one would be able to touch his wealth.

He added that even if they ask their dad or mum for help, it would amount to his wealth – this seemed like a shade to Davido.

Wizkid also promised to open a class for artists to come learn how to get all they deserve with less work and smart business choices.

“I can stop touching the mic today and y’all lil niggas still can’t touch the wealth! Even if u ask ur dad and mom for ur help.

Also soon, I’ll open a class for u niggas to come learn how to get all you deserve with less work and smart business choices.

Moving forward!! Y’all address me as Sir or daddy before you mention my name! Okay babies!”.

I only want to be sorrounded with real love, money and motivation - Toke Makinwa reveals her current state