Singer, Davido has been spotted for the first time with his fourth child, Dawson, whom he shares with UK-based make-up artist Larissa London.

Glamsquad recalls that in 2020, Davido welcomed a second son with a fourth baby mama.

According to reports, Larissa welcomed her child in March which was not acknowledged by the singer, unlike his other children.
However, DNA results reportedly showed that he is the biological father of Dawson.

A source close to the family revealed to Glamsquad that a “DNA test was conducted last month and it came out 100% positive. Davido is Dawson’s biological father.” Read here

In the new development, Davido was spotted today, 7th August with Dawson as he attended the church service of celebrity pastor, Tobi Adegboyega and the birthday party of his lawyer’s son, Bobo Ajudua in London. 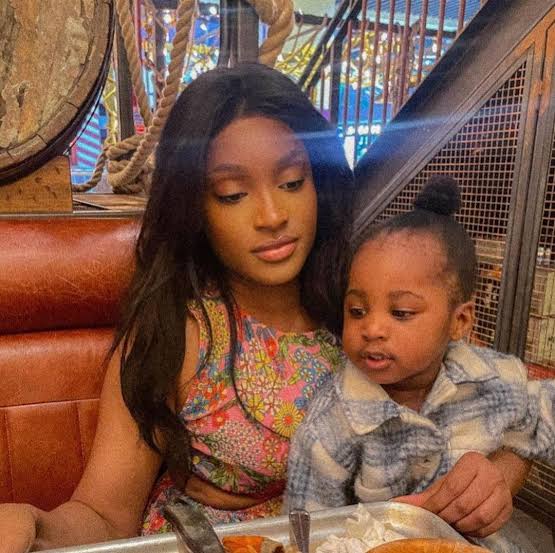