Big Brother Naija housemate, Omashola was sad to have found out that Tacha had wiped off her face in his painting because it was close to Cindy.
Tacha had earlier warned him not to paint her face beside Cindy because they were enemies but Omashola went ahead with his own plan.
During his movie date, the controversial female housemate was seen cleaning her face from his painting.
Omashola was later asked if he would paint her face again and he replied saying,

“I’d rather die than have her face in my painting again, It’s not by fox”

Fans have been laughing at his mispronunciation of ‘force’.
Watch the video below: 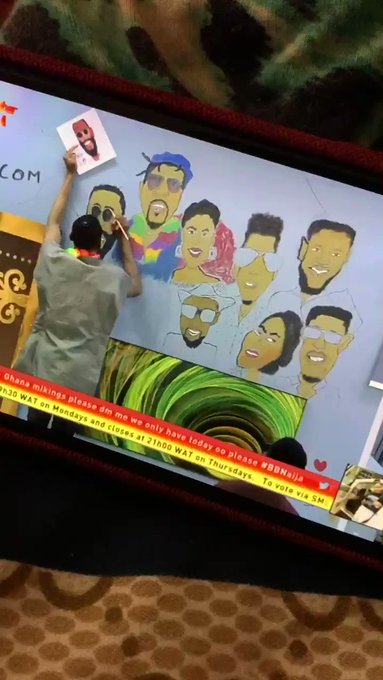 Mad Melon Of The Danfo Drivers Music Group Passes On