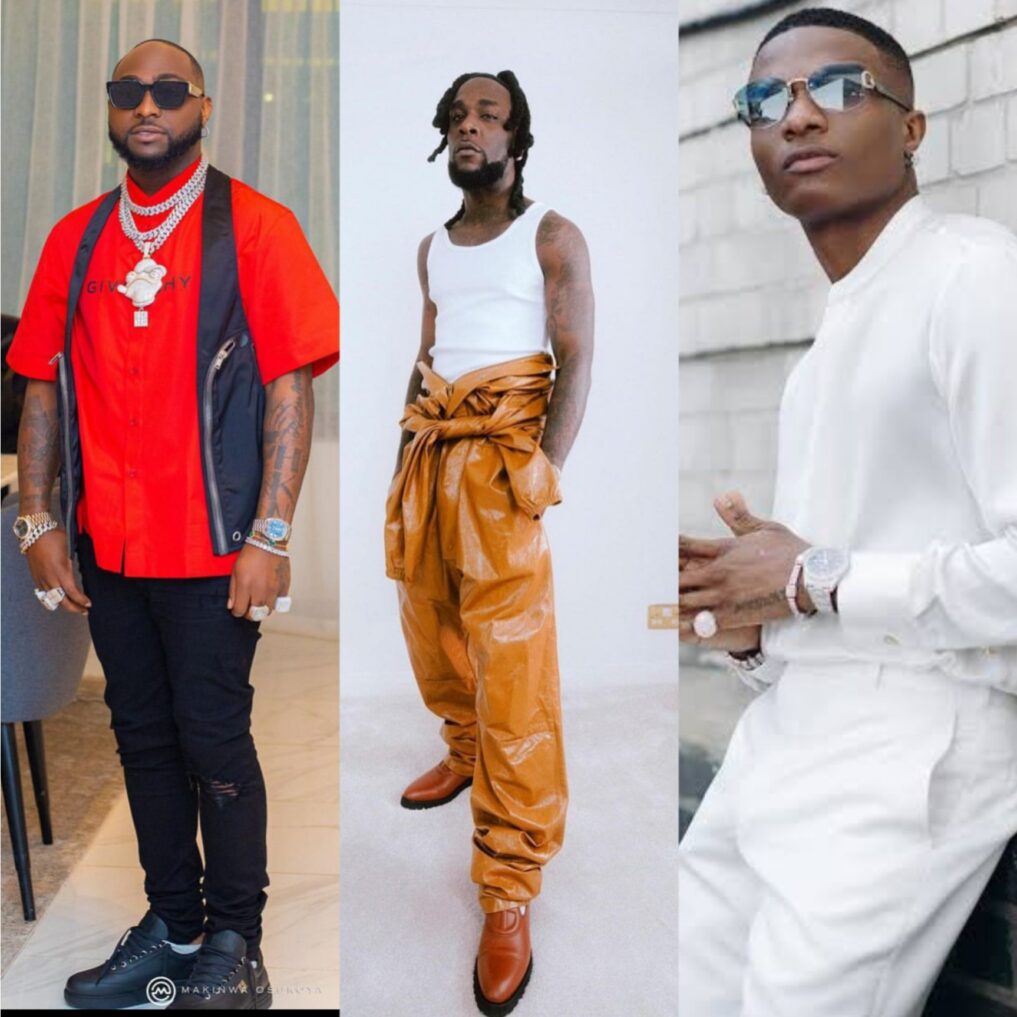 Akon, 49, in an interview with American media personality, Sway Calloway, spoke about how the three giants are changing the Nigerian music industry.

Read Also: Joke Silva, Mercy Eke And Other Celebrities Whose Birthday Is Today

Describing each of the singers during the interview, he noted that Wizkid is a Superstar and a born star.

“Wizkid is just a superstar, he is one of those guys that put up one record a year and the record lasts a whole year. He is a born star without a doubt”.

Describing Davido, he noted that he is a workaholic and an underdog who fought hard to be where he is. He said,

“Davido is the hardest working. He was the underdog but what he has as support was his wealthy family, so he was able to come out every week with a new song and new video. He got more song than any Afrobeat artiste”.

Akon’s opinion about Burna Boy fondly referred to as the African giant seems to be on another level as the record producer, and the entrepreneur tagged him simple as the “Beast”.

“Burna Boy is a beast, he’s representing the culture on a level it needs to be represented on”.

Watch the interview below,

A few months back, music producer, Tunji Balogun better known as Tee Billz had called for Afrobeats singers, Wizkid, Burna Boy and Davido to tour the world together.

He described them as Afrobeats ambassadors and urged them to tour the world and stamp the Afrobeats as the real genre. He wrote,

“Fuck the egos my brodies! God blessed y’all as Afrobeats ambassadors for a reason!

“It’s time to tour the world together in every stadium around the globe and stamp afrobeats as a genre for real! @burnaboygram @davido @wizkidayo shout out to the pioneers. @official2baba @peterpsquare @iamkingrudy @iambangalee @donjazzy can you imagine am afrobeats world tour with our Queens too @tiwasavage @yemialade and @symplysimi may God so help me to make it happen. It’s Naija”.