”@alexxekubo Ikuku of the whole world, I know you would kill me for this, you don’t like to show off, but let me brag for you small.
Congrats on your latest addition, your Garage don choke.
I’m too proud of you bro. Pls congratulate him for me” 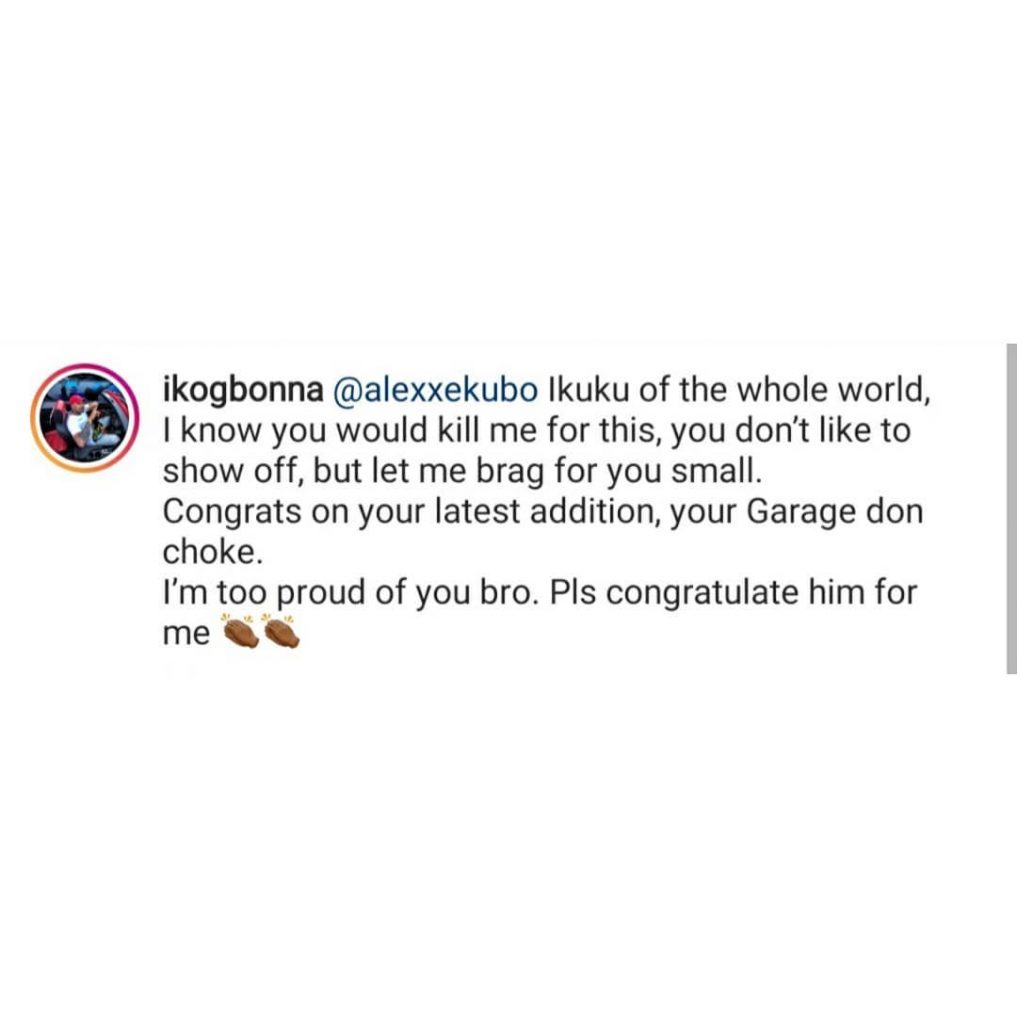 See a video of Alex and the SUV below

The billionaire heiress seems to be in a new relationship and has been dropping hints about her new man on social media.

The disc jockey who is in a relationship with a foreign personality gushed about herself getting the foreign thing.

Cuppy who is hiding the identity of her man covered his face with a cheeky emoji and wrote;“Not me getting a Foreign ting.’

Cuppy is quite an open lover who has always shared her relationships openly on social media.

The DJ in the past has been involved with football star player Victor Anichebe and also talent manager Asa Asika which she openly flaunted on social media.

She is the daughter of Nigerian businessman Femi Otedola. She grew up in Lagos and moved to London at the age of 13.