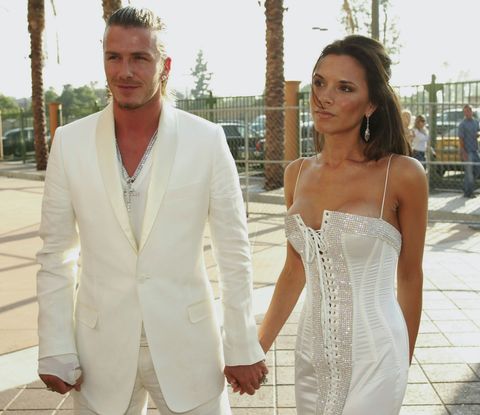 Fashion designer Victoria Beckham is reportedly poised to take a R137 million loan to save her company.
The singer-turned-designer has been offered the loan after her company, Victoria Beckham Ltd, made significant losses over a four-year period.
The loan will ensure Victoria retains control of the company.
However, if Luxembourg-based London Investments Sarl is not repaid its money, the cash could be converted into shares in Victoria Beckham Ltd.

The Spice Girls made light of the absence of Victoria Beckham during the last date of their reunion tour.

A financial expert told The Sun newspaper: “Posh wouldn’t want to relinquish any more control in a business which is formed in her name.
“Yet desperate times require desperate measures. The move will secure a much-needed cash injection – and after racking up record losses last year of some £12 million(R256 million ) they can’t afford not to do something radical.”
In 2017, London Investments put R642  million into the company for a 28 percent share of the business.
The injection of money and plans to restructure the business were revealed earlier this week in new records.
Meanwhile, Victoria recently admitted wearing fitted dresses during the early years of her career was a “sign of insecurity”.
The 46-year-old fashion designer now recognises her style was geared towards helping to deal with her own insecurities.
Asked whether she ever felt confused about her personal style, Victoria said: “No, not really. When I was in the Spice Girls there were stylists who dressed the group, but in my personal life I have never worked with a stylist.
“I used to wear lots of structured dresses with corsetry, and I do still have some of those dresses, but my personal style has become more relaxed.
“Looking back, I guess it was a sign of insecurity that I would always wear clothes that were very tight, very fitted.”
Previous Article

Is Sex Work God's Work? See What Pastor Turned Stripper Has To Say About Her New 'Vocation'