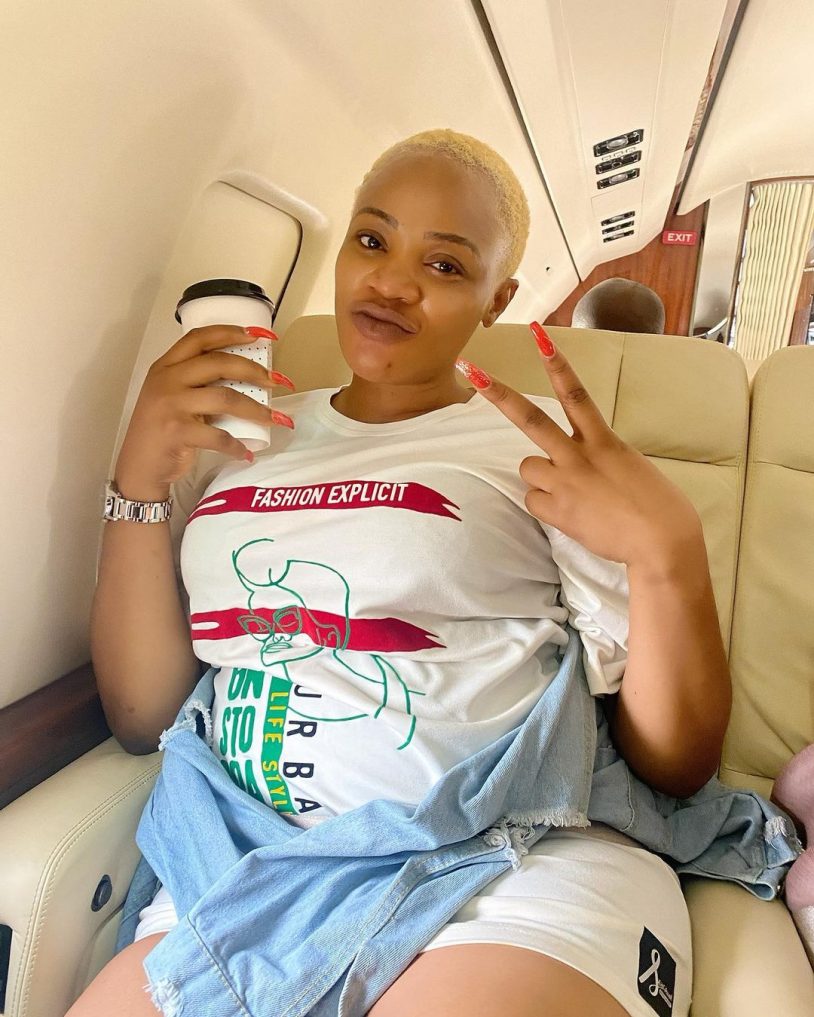 Nollywood actress, Uche Ogbodo has clap back heavily on trolls and haters criticizing her for showering her support for both of senior colleague, Yul Edochie’s both wives.

Uche Ogbodo attacked her haters and detractors during a live Instagram video.

As she described how trolls have been targeting her and her partner, the actress broke down in tears. Uche Ogbodo described the hardships she had as a single mother and the numerous hateful remarks and curses she encountered when pregnant with her younger lover’s child.

“I will not stop suddenly because you are who? Who is your papa? Are you mad? If I see picture, I like, I will comment. You look yourself in the mirror and think you can tell me what to do? You even go as far as tagging my man.

I have been a single mother for years, I they struggle, God save me, he brought me happiness, that happiness they kill una, that happiness they pepper una. When I was pregnant, you all cursed me, wished me evil, said my boyfriend will dump me, but he didn’t and now you all want to die”.

Read Also: My Oga Spent Thousands Of Dollars On You – Isreal DMW Lashes Out At Dammy Krane Over Alleged Debt Drama

Are you people mad? – Actress Uche Ogbodo comes for those attacking her for supporting both May Edochie and Judy Moghalu pic.twitter.com/xkwbBg2if9

"Don’t be afraid, because I am with you" - Actress, Iheme Nancy declares support for Halima Abubakar in her fight with Apostle Suleman