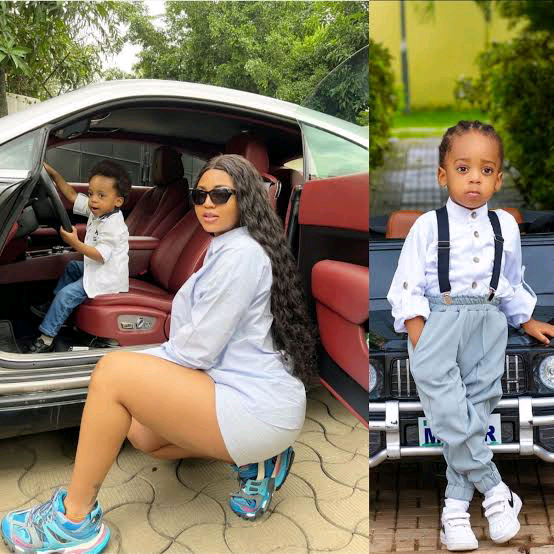 Nollywood actress and billionaire wife, Regina Daniels has left her colleagues and fans in awe as she shares adorable video of her first son, Munir asking her for forgiveness.

In the video which left her fans and colleagues gushing, thee mother of two punished her son for spoiling his tennis racket.

Regina took his hand and asked him why he chose to be mischievous, but her lovely son’s complete remorse and innocence warmed her heart.

Munir, who was supposed to apologize to his mother, made everyone in the room laugh when he declared he forgave her instead.

As soon as the lovely boy expressed his regret, the movie star was forced to hug him.

“This moon is just a big case. He loves playing with tennis rackets so I bought him a mini one on my way from work yesterday, I just returned home today and it’s damaged. I don’t even know what to do with him” She captioned the video.

Taking to her comment section, her colleagues gushed over Munir’s cuteness.

Nuella Njubigbo wrote, “Such a cutie

Uche Jombo wrote, “He will do it again

Bukola Arugba wrote, “This is so so heartwarming. Super cute to watch. See my 32 here

See video and comments below; 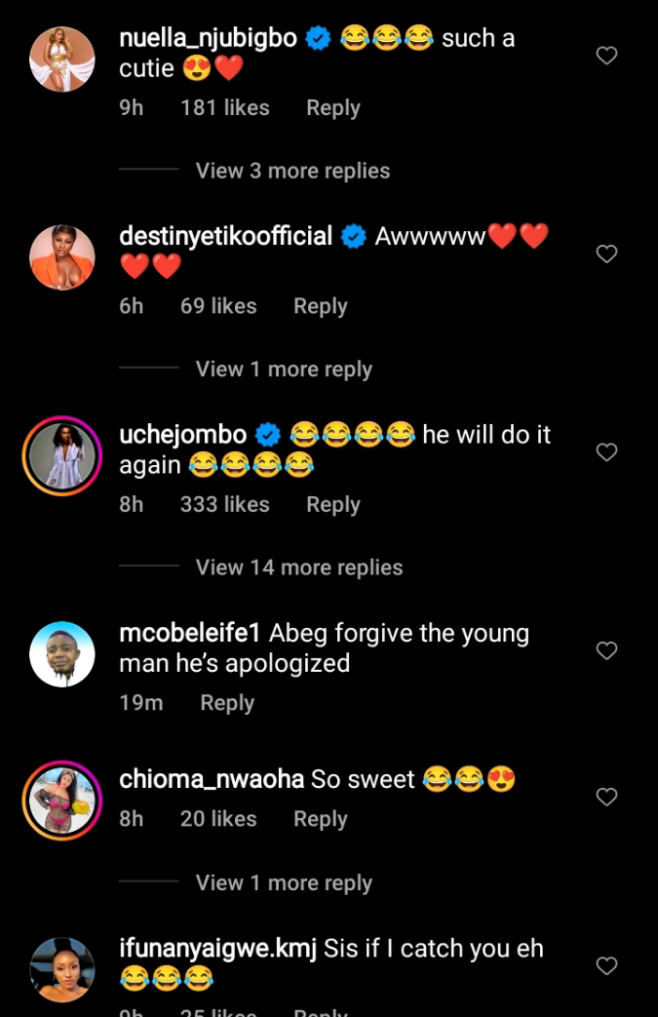