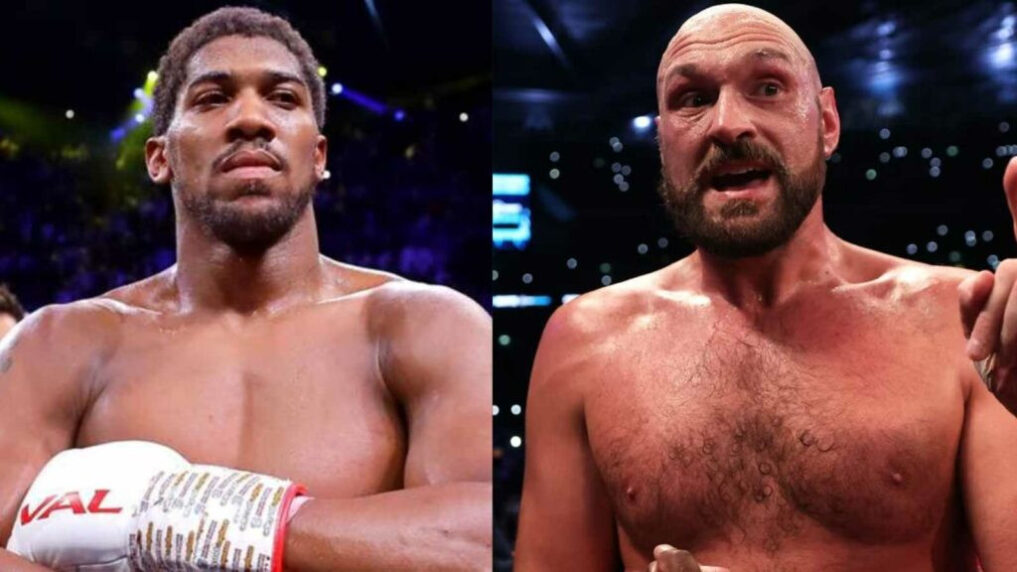 Glamsquad reports that Tyson Fury has called off his proposed ‘Battle of Britain‘  with Anthony Joshua.

The WBC world heavyweight champion said Joshua failed to sign the contract before the deadline at 5pm on Monday, 26th September.

Glamsquad reported that Fury challenged Joshua earlier this month, saying he would come out of retirement to defend his title in December, a challenge Joshua accepted.

However, Joshua’s 258 Management and promoter Matchroom Boxing had said that they had “accepted all terms presented to us by Fury’s team” but agreed to halt all communication due to the death of Queen Elizabeth.

Fury, however, took to social media on Monday to vent out his annoyance. He said,

‘It’s gone past 5 o’clock [on] Monday, no contract has been signed. It’s officially over for Joshua. He is now out in the cold with the wolfpack. Forget about it.

‘Idiot, coward, s*** house bodybuilder. Always knew it, always knew you didn’t have the minerals to fight the Gypsy King.

‘Regardless of what the f*** you say now, I don’t really care. Good luck with your career and your life. End of.’

Recall that Joshua suffered a second straight loss to Ukraine’s WBA, WBO, IBF, and IBO champion Oleksandr Usyk in a title rematch in Saudi Arabia in August, and said he wanted to return to the ring before the end of the year.

Earlier on Monday, Fury’s promoter Frank Warren was still confident that Joshua would meet Fury’s deadline and agree to the terms of their blockbuster fight as he felt that negotiations were on the right track, but it now seems that Fury will seek an alternative opponent.

“The only person who can stop this fight from happening, to be quite honest, is Anthony Joshua,’

“We’ve given them nearly everything they wanted, over and above for a guy who is coming off of two losses. So, let’s just get it on. Or if you don’t want the fight, just say so and we can move on. We want it.

“On Monday, I think we’re going to have a meeting and see where it goes from there. We want the fight. I want the fight. I desperately want to get that fight on. Tyson wants it, that’s why such a generous offer was made.’

Read Also: Kim Kardashian Reveals She’s ‘Just Not Ready’ to Date And Sees Herself With ‘Absolutely No One’