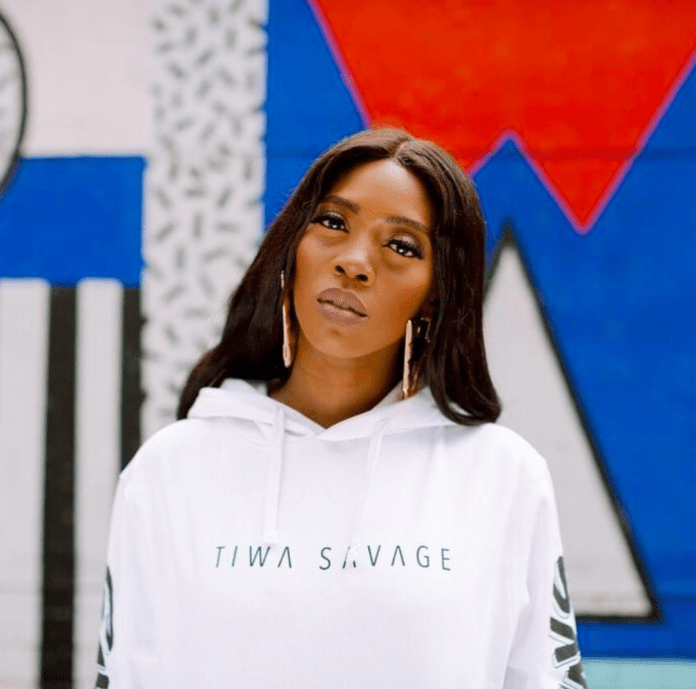 A Twitter User by the name @ManLikeIcey has sparked mixed reaction amongs Tiwa Savage, Tems and Ayra Starr’s fans as he said Tiwa Savage is not supportive of both Ayra and Tems.

He succeeded in creating a debate amongs fans as everyone had something different to say.

According to @ManLikeIcey, Tiwa Savage has not done much to support these rising female talents, like Davido and Wizkid do for their male counterparts.

“Tiwa Savage has never acknowledged Ayra Starr and Tems for their current wave, she steadily talks about “women support women”. Wizkid and Davido have acknowledged Rema and Fireboy series of times by the way,” he tweeted. 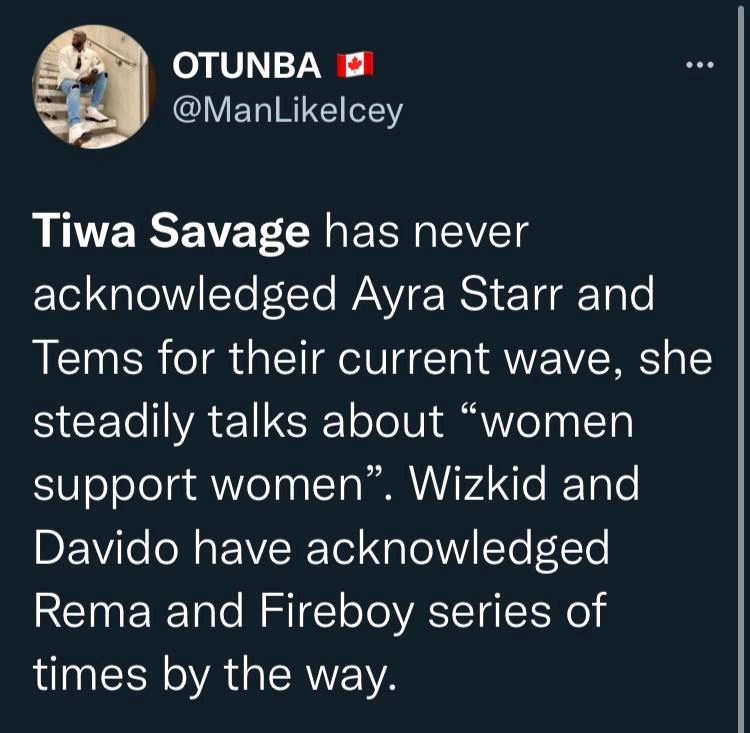 Fans however had something to say, here are the reactions below; 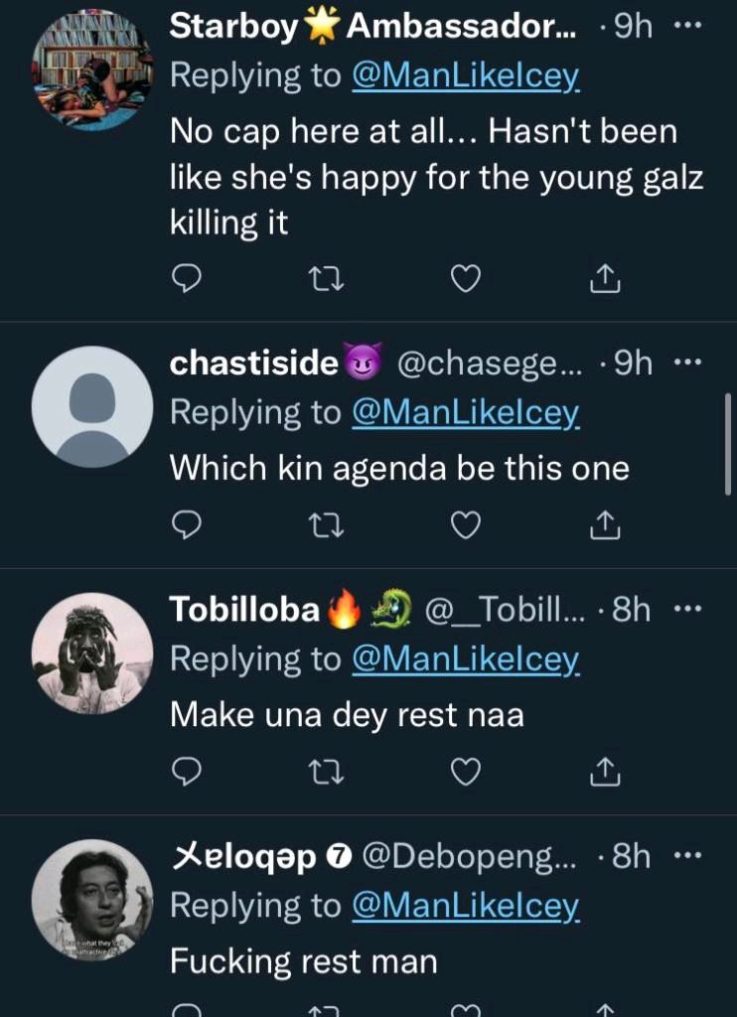 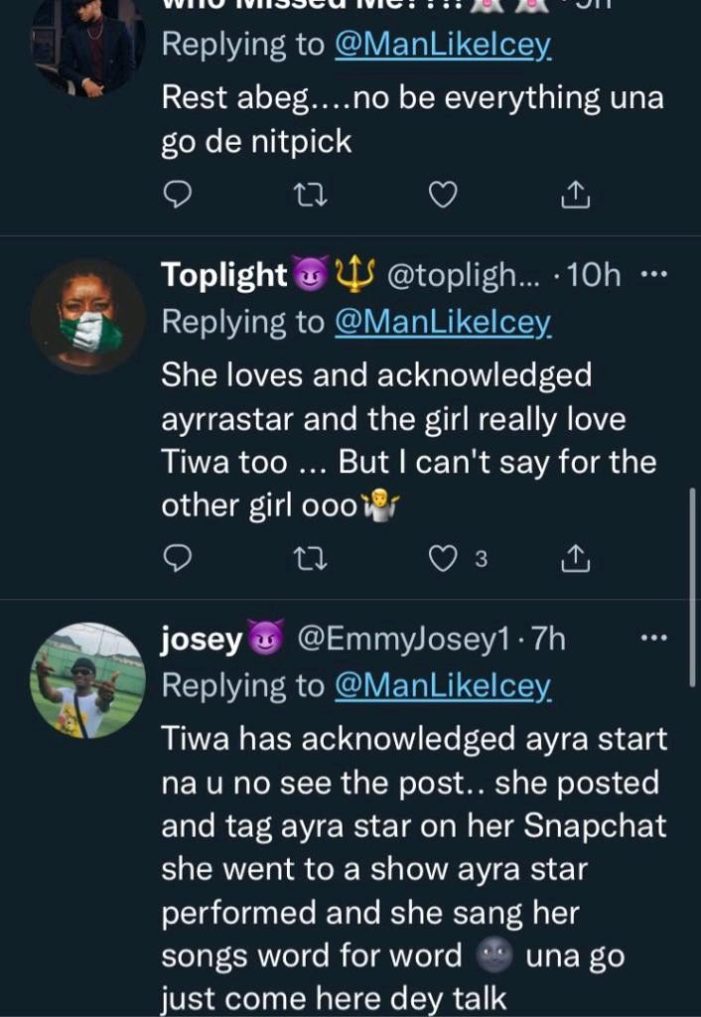 Latest Outfit Designs You Can Rock Out This Weekend