A Nigerian Twitter user by the name @nimigeorge_ tweeted about how she was almost sexually violated by a stranger who offered her a ride on 11th November, 2021, which was a very rainy day in the busy city of Lagos.

Good morning Nigeria,
This is my story.

On Thursday, 11th November, 2021, after work, I was standing in the rain at about 6pm when an SUV pulled over to offer me a ride. I accepted, it was a short ride from Maryland bus stop to Ojota. 10 mins into the ride (there was little traffic), he said he didn’t like the way he felt whenever it rained. I was asking questions trying to understand what he meant but he couldn’t explain himself.
Few minutes later, he’s like “look, this is what I mean”. He brought out his pen*s! I was so frightened & was wondering if he was going to hurt me but I choose to be calm. I began to talk about seeing again and exchanging numbers instead. My heart was racing, hoping that technique would work for me.

He soon pulled over at ForU terminal, just before Ojota bus stop and said I should help him out with his erection. I tried to open the door but it was locked. He said if I couldn’t touch him, I should at least look at him while he masturbates. He even asked if I was married & I said yes (though I’m not), but it didn’t change anything.
I was able to convince him that we could see another time and he gave me his phone number. When I got off the car, I was too terrified to take pictures, plus it was still raining heavily. I walked down to Ojota bus stop from there thanking God that he didn’t drive away with me.
I’ve not been the same since that day. I couldn’t forgive myself that night for not getting evidence at least. So I reached out on Saturday morning via whatsapp with the intent of getting his full name, picture, and also getting him to admit to his crime in writing or verbally.

By Wednesday 17th November, I got from him all the information I needed. I have screenshots of our chat where he admitted to the crime and a 20min voice recording of the call I made to him on whatsapp on the 16th. I put the call on speakers and recorded with another phone. I feel violated. I’m still terrified. I have not been sleeping and eating well, and as a result I’ve lost at least 3kg in the last one week.
My anxiety has heightened and I find myself having panic attacks when I remember the incident or when I’m close to or around the location of the incident.

For those who would ask “what was she wearing?” I wore loose pants and oversized jacket. My outfit was more like that of a clerk from the 1970’s or better still, a costume from Project Hamilton.

See screenshots of their chats she shared, 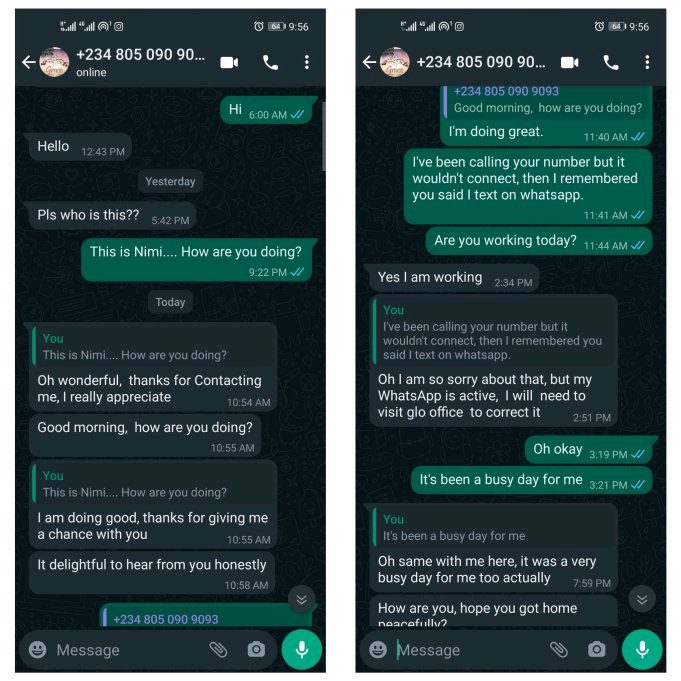 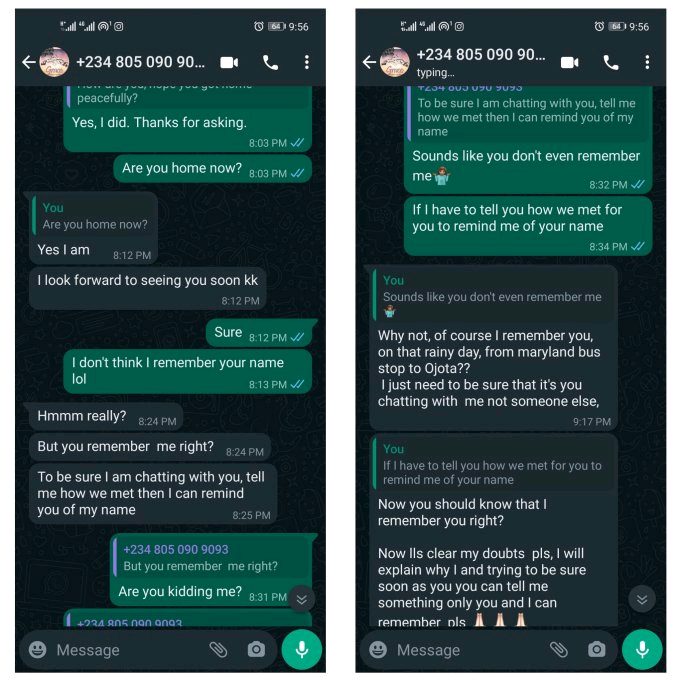 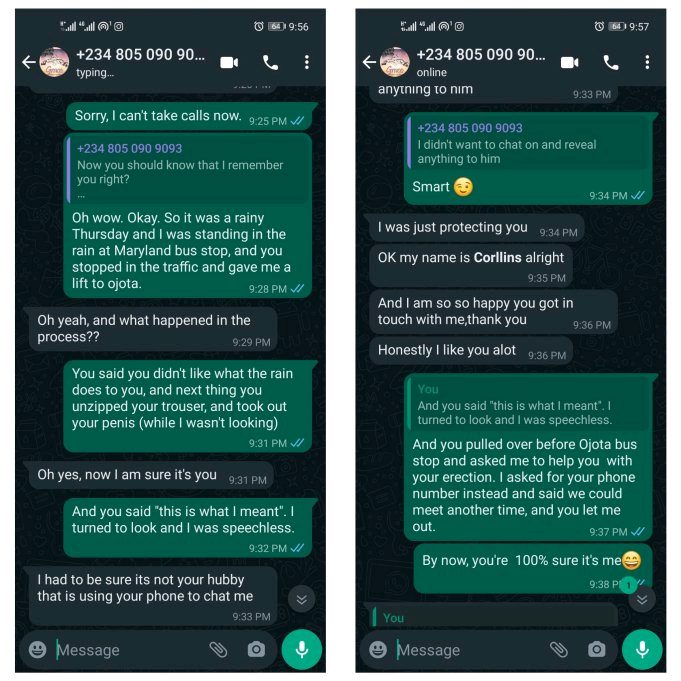 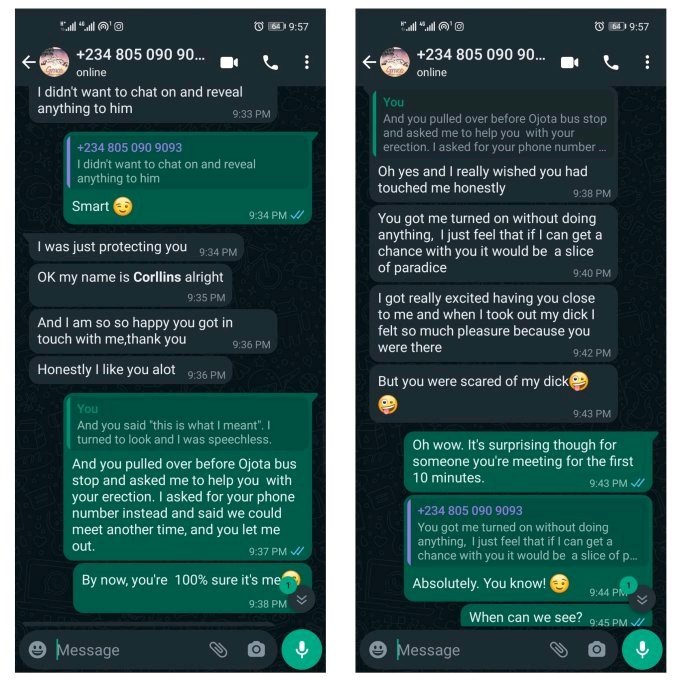 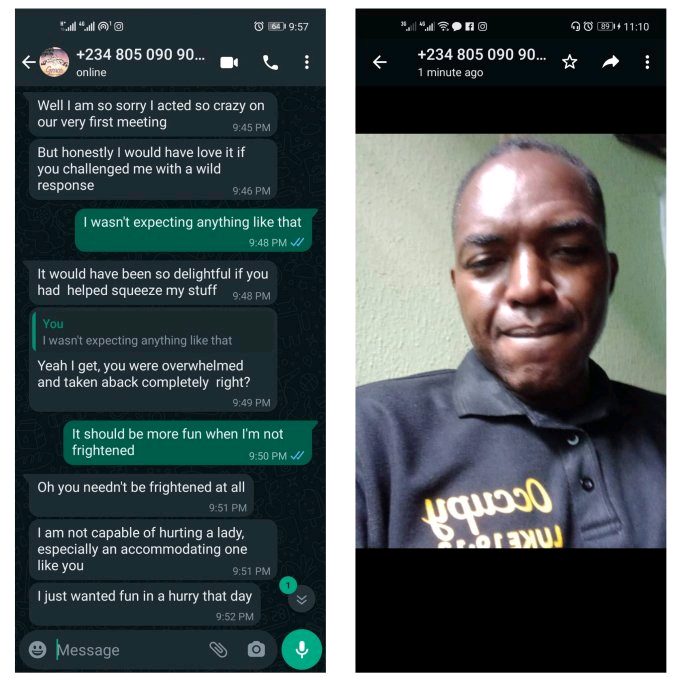 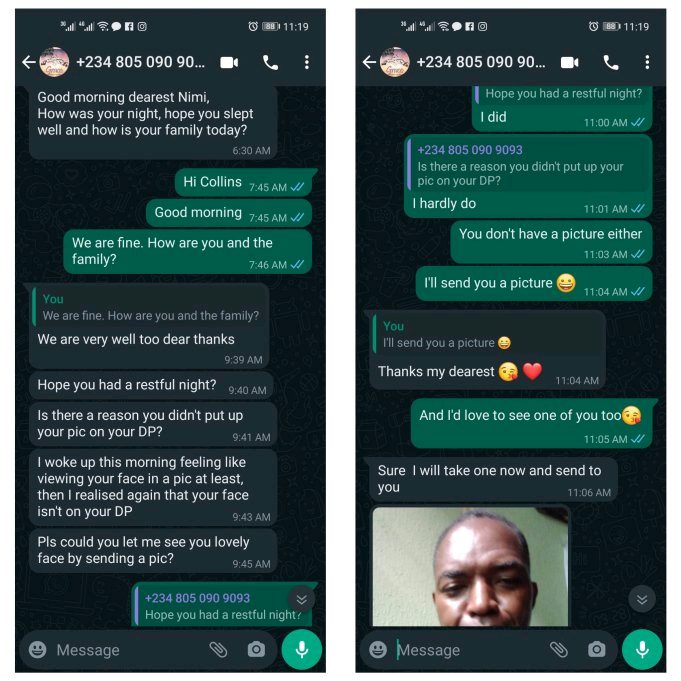 Stylish Corset Dresses You Can Rock Out This Weekend