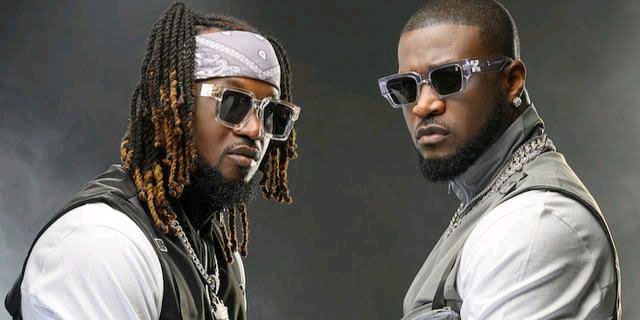 A Twitter user has caused a debate amongst fans as he reveals the reason why celebrity twin group, P-square are still together.

It’s no secret that the both went their separate ways in 2017 after they had a fight over some family issues according to them.

However, a tweep identified as drpenking on Twitter noted that PSquare is still in existence after their reunion because they sacked their elder brother from being their manager.

He noted that PSquare’s elder brother was one of the factors responsible for their separation because he allegedly took sides during their quarrels.

“Notice the first thing Psquare did when they came back together?

They dropped that their elder brother as manager. Elder brother that takes side during his younger brothers’s fight instead of bridging the divide is a useless somebody.” 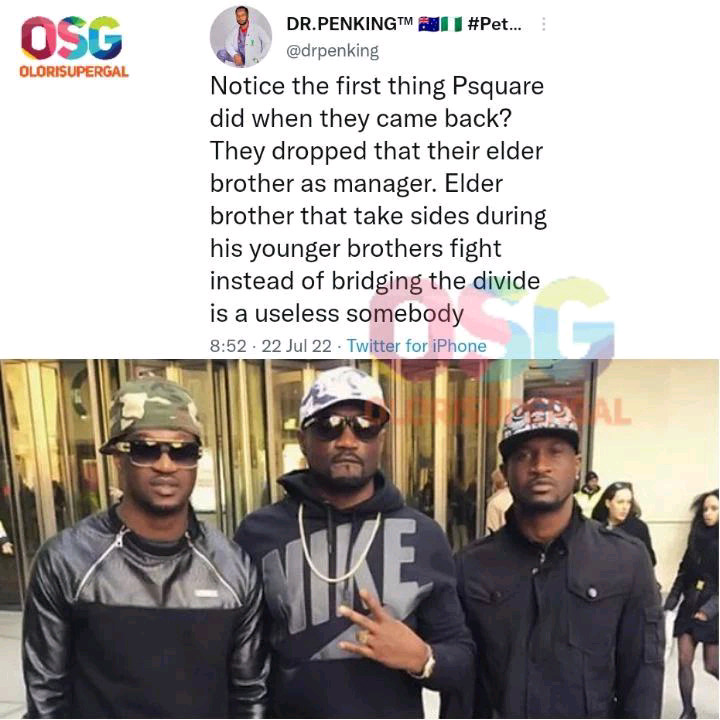