Twitter has made several significant adjustments to its platform in order to increase usage and compete with other social media firms. Among the most recent modifications is the addition of the Super Follows feature, with Twitter confirming that its Super Follows subscription is now available to Android users as well.

Super Follows is a membership service that allows users to generate exclusive content and monetise their accounts. Content developers can set their own prices for monthly content. Monthly memberships of $3, $5, and $10 are available as of December 2021. Users would be able to keep up to 97 percent of the revenue produced by their subscriptions. However, if a creator earns more than $50,000 each month, their revenue share lowers to 80%.

Twitter’s paid membership service was revealed in February and would be available to iOS users in the United States and Canada in September 2021. Super Follows was made available to all iOS users worldwide in October. The feature is now available to Twitter Android app users.

This subscription does, however, come with some restrictions. Creators must have at least 10,000 followers and have tweeted at least 25 times in the last 30 days. Once their application is approved, they must maintain a minimum of 25 tweets every month in order to continue participating. Prior to applying, users must also maintain a comprehensive profile, which includes an account name, a bio, a profile picture, and a header image. 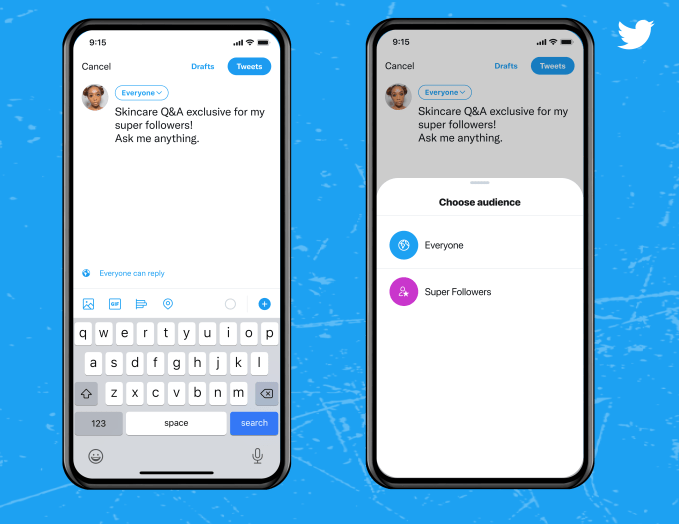 Super Follows is not yet available on Twitter’s web version. More pricing tiers for this subscription-based service, as well as a paid version of Twitter Spaces, are also likely to be unveiled soon.