Nigerian Legend, Tuface and his wife, Annie Idibia were spotted at a party in Abuja last night.

It would be recalled that the singer’s first baby mama, Pero Adeniyi arrived to Abuja from the United States days ago, before being declared “Tuface’s first wife” by her friends as they hung out in the capital city. 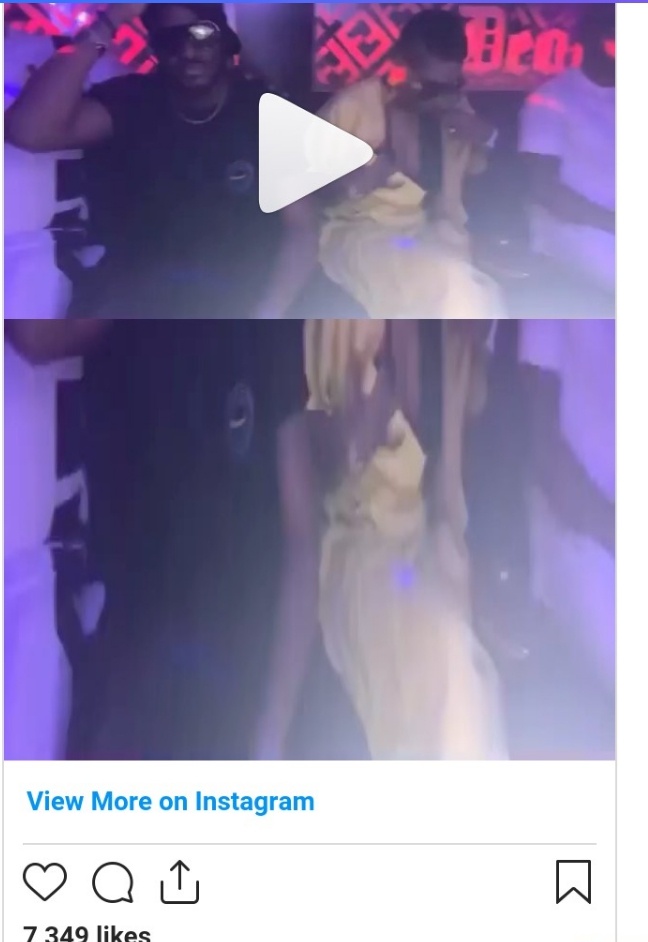 Pero has also opened up for the first time after her friends’ comment and Annie’s post where she called out her husband for sleeping under same roof with her (Pero) while visiting the kids they share.

Meanwhile, Pero Adeniyi, in an Instagram post, had addressed the claims made by Annie, describing her as a liar.

Adeniyi stated that she will be guarding her truth as people will still poke holes in it if she speaks.

Her post reads in part: “Very soon, the truth will be out clearly for all to see.

“Even the liar that started this madness knows the truth but needs the lie just to remain relevant.

“My truth is special to me, those who know me know the truth and that’s all that matters.

“The Insults I get online is not new to me, they haven’t killed anyone before so people can go on dragging me as much as they want to, but it won’t affect me.”