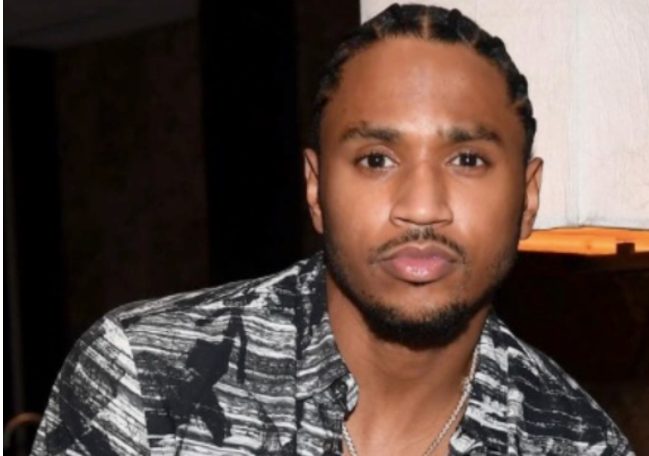 Trey Songz, an R&B/hip-hop artist, is reportedly being investigated after sexual assault allegations surfaced over the weekend at The Cosmopolitan of Las Vegas.
Tremaine Aldon Neverson, 37, was in Las Vegas for his birthday celebrations over the weekend.
According to a statement to PEOPLE, the Las Vegas Metropolitan Police Department received “a report of a sexual assault event said to have occurred at a hotel in the 3700 block of South Las Vegas Boulevard” on Sunday, November 28.

According to authorities, the singer, whose legal name is Tremaine Neverson, was involved in the reported incident. The sex crimes branch of the department is looking into it.

“Neverson is cooperating with the investigation. At this time, no arrests have been made,” the statement concluded.

Glamsquad Magazine recalls that Songz was forced to reject another sexual assault claim last year when a woman called Aliza detailed an incident with the singer in which he stole her phone and pocketbook and refused to let her leave a hotel room.

Aliza also claimed that Songz urinated on her without her agreement during the otherwise consensual interaction, and that she “didn’t know what was going on, he just did it.”

Songz addressed the claims on social media, writing that the accusation is “convenient” for someone who seeks “to destroy someone’s life.”

“I usually stay quiet on this but I feel that in many ways the movement to fight for the women who actually have suffered harassment and abuse on various levels, has been hijacked by those who find it convenient for themselves to come up as they seek to destroy someone’s life,” he tweeted.

Songz allegedly used “sexual intimidation” on actress Keke Palmer in order to get her to perform in a music video in 2017.

Read Also: Car Tupac was shot in goes on sale for $1.7million

Palmer said she didn’t permit Songz to include her cameo in the video for his remix with Fabolous to the Travis Scott and Young Thug song “Pick Up the Phone” at the time.

“This is preposterous. How am I in this video Trey? After you found me in a closet HIDING because I was so afraid of anymore conflict,” the Scream Queens actress, now 28, wrote in a lengthy Instagram post at the time. “Literally my last option was to hide because you all would not listen when I said I did not want to be in the video the FIRST time. Just cause you give someone food and alcohol and throw in a little sexual intimidation doesn’t mean they will buckle.”

Palmer claimed that although the two have known each other for many years, Songz “secretly filmed” her and “put me in the video against my wishes.”

“Babygirl buggin. Point blank period. Got my number, coulda called, saw the cameras and the lights, heard action,” he wrote on Twitter, later following up, “I don’t do this twitter s—, girl you know me and got my number f— outta here.”

On Instagram, the singer wrote, in part, “So sorry for those that believe everything without knowing anything. However, I cannot devote my life to responding to, or clearing up every side of every story you hear about me, when would I actually live? I know my character, I know my truth, I know my heart. God does too.”

We can't get over this lovely photo of RMD, his son and grandchildren

"Am Now A Gold Digger, I Have No Pity" - Tonto Dikeh Says