Traxamillion, a Bay Area hip-hop producer who was a driving force behind the hyphy sound, died suddenly at the age of 43. 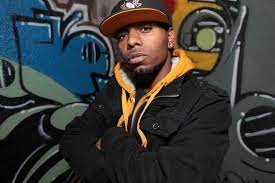 Thizzler On The Roof, a blog account, was the first to break the sad news. According to the site, the producer’s death was a significant loss for the music industry;

“Rest In Peace @traxamillion The San Jose producer who helped create the “Hyphy” sound passed away today. This is a huge loss for Northern California We send our condolences to his family & loved ones. #RIPTraxamillion.”

There was no information on the circumstances surrounding his death or where he died.

Hyphy is a hip-hop and lifestyle genre popular in the Bay Area. According to Complex, it first appeared in 2000, but was entrenched into history in 2006 by E-40, Mistah F.A.B., Too $hort, and Keak Da Sneak.

Many of the aforementioned musicians had hits thanks to Traxamillion. The Slapp Addict, a collection album by the producer, was published in 2006.

Some of the notable songs he’s produced are Keak Da Sneak’s “Super Hyphy” and “On Citas,” Mistah F.A.B.’s “Sideshow” and “Da Yellow Bus,” The Pack’s “Club Stuntin,” Izz Thizz’s “Gas, Skrape,” The Jacka’s “From the Hood,” Dem Hoodstarz’s “Grown Man Remix” and many others.

Trax will best be remembered for his compilation album “The Slapp Addict,” which featured a number of Bay Area artists including legends like Clyde Carson, Turf Talk, San Quinn, Zion I, and many others.

0
Ifeanyichukwu Ngere January 3, 2022
No Comments Yet