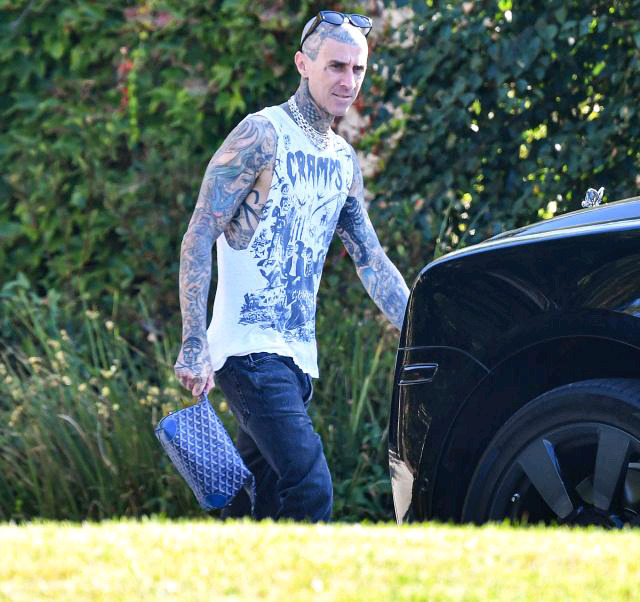 American drummer, Travis Barker has been diagnosed with COVID-19 after two months of being hospitalized.

Taking to Instagram he shared with his 7.7 million followers. He wrote; 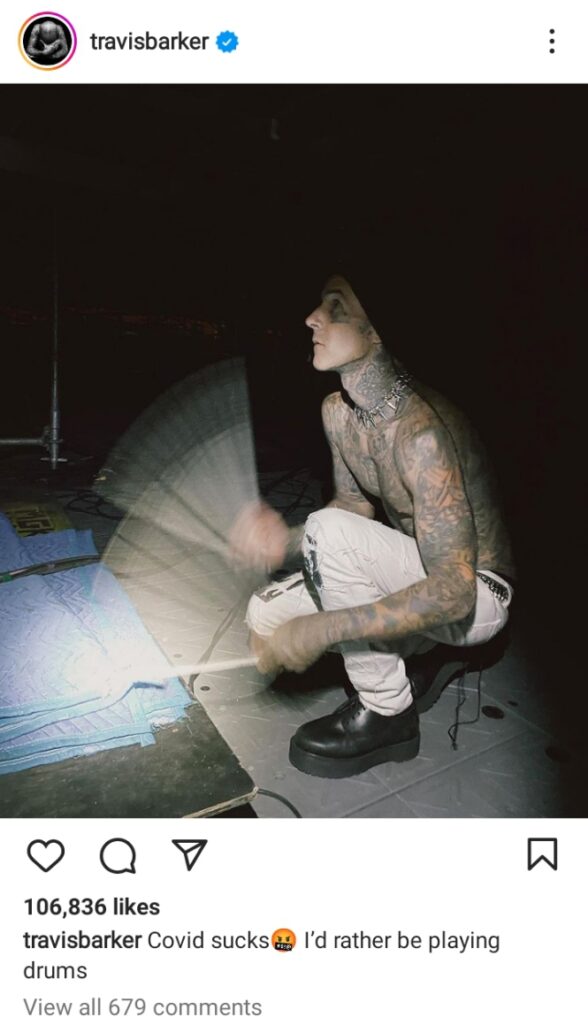 The rocker later revealed he sought medical attention because he “developed excruciating pain” after an endoscopy.

Recall in June, Barker was rushed to the hospital with wife Kourtney Kardashian by his side which was later revealed that the drummer suffers from pancreatitis, which may have stemmed from a recent colonoscopy.

Less than a month later, Barker made his return to the stage with MGK, in a star-studded performance in Los Angeles for the first time since his health scare.