After the news of the wedding of Toyin Abraham to Kolawole Ajeyemi and the arrival of their baby boy in the United States hit social media space, fans of the couple, especially Toyin Abraham’s, popularly known as Toyin Titans, trooped out on all platforms to congratulate the new wife and mother. 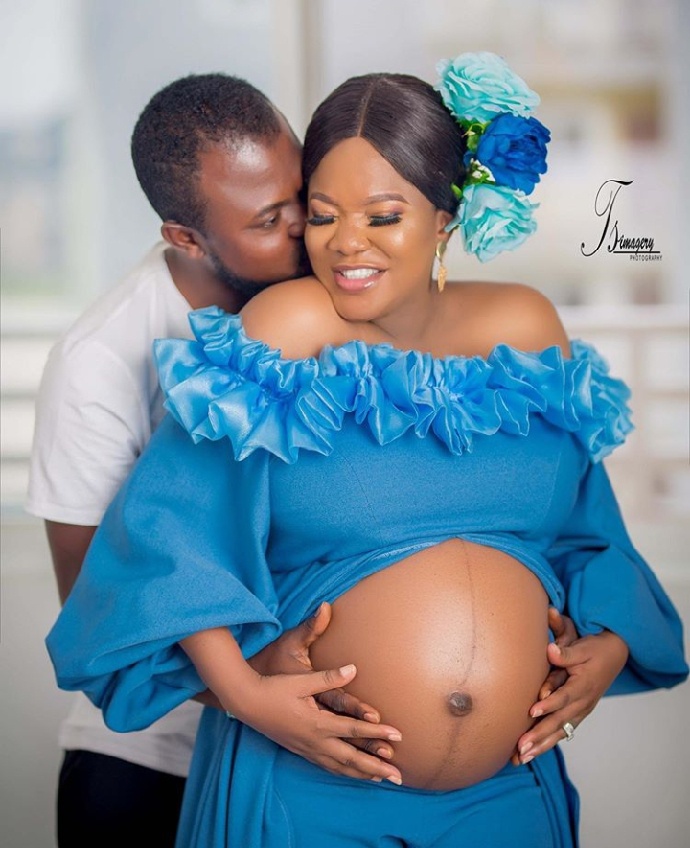 As expected, friends and colleagues in the movie industry spread the news through their various social media pages with both photos and congratulatory messages to the couple but popular actress, Wumi Toriola’s social media pages did not bear such messages.

Recall that Toyin Abraham and Wumi Toriola have some unsettled differences in the past, as Wumi claimed Toyin Abraham allegedly slapped her at a movie location and was unapologetic about her action.

Without wasting time, Toyin Titans took to Wumi’s page to attack her and even wish her dead during labor as they did not see congratulatory message to the new couple on social media.

Obviously in a panic mood, Wumi took to her Instagram page to share a screenshot of messages sent to her by unknown persons suspected to be Toyin’s fans and cried out to the public to know the heat she is feeling.

She said Toyin Abraham and her fans should be held responsible if anything happens to her or her child and in the same breath begged that Toyin allow her mother her child just as she has.

“Letter to everyone; this is a Toyin Titan wishing me death during labor just because of a love struck under a post. These people obviously don’t want peace. If anything happens to me, it is Toyin and her fans. Toyin please leave me alone; you are a mother now, let me mother my child too,” she wailed.

INTERVIEW: Why my parents threw me away at birth – Toyin Abraham spills

Toyin Abraham opens up on how filmmakers steal money