They say a lot can happen in one year. The year 2016 saw Nollywood witness churn out blockbuster movies and outstandingly amazing acting from these creative Nollywood actors putting them ahead of others on the spotlight. Some of these actors starred in some of the biggest movies in the year and also won multiple awards in outstanding categories in film awards across the country including film festivals. They entertained us and intrigued us in several characters from amazing movies at the cinemas and TV dramas on our screens. Here’s a look at our countdown judging from the number of screen appearances, earnings, awards and background. 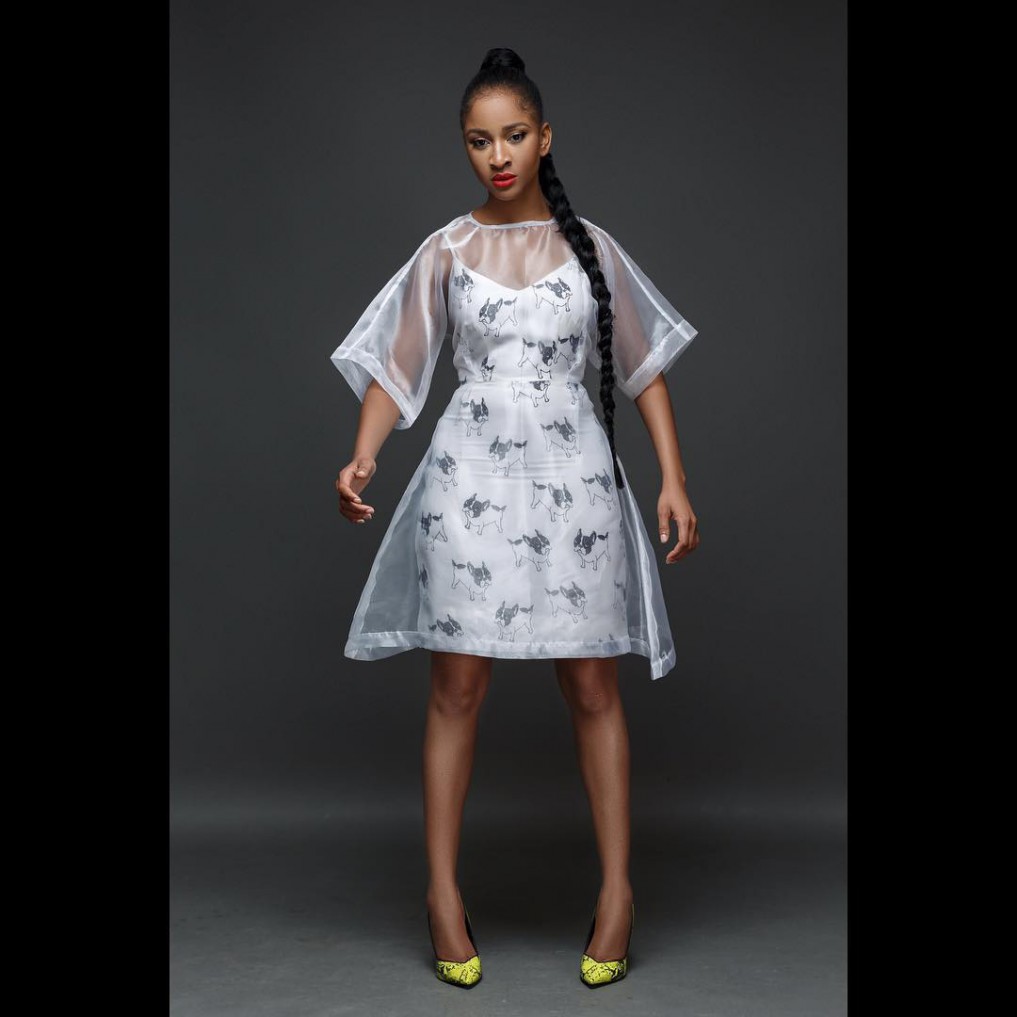 1. Adesua Etomi
Tolulope Adesua Etomi was born in Owerri, a town in Imo state of South Eastern Nigeria to a soldier father and an engineer mother. Etomi is the youngest of three siblings. She is a native of Esan in Edo state, South-South Nigeria and her mother is Yoruba. She attended Corona primary school, Victoria Island, Lagos State and began her secondary school education at the Queens College, Lagos then she moved to the United Kingdom at the age of 13 where she continued her university education at the Harris Girls Academy (formerly Waverley School) before moving on to City College, Coventry. She obtained Diplomas in Performing Arts and Musical & Physical Theatre. Etomi holds a Bachelors of Arts, First Class Degree in Drama & Performance from the University of Woverhampton. Upon graduation in 2009, she was awarded the Foursight Theatre Award for Best Performance in A Devised Piece of Work.
Etomi starred in top grossing The Wedding Party Movie and The Arbitration playing the lead in both. Her performance in the 2015 movie Falling got her the award of Best Actress in Drama at the Africa Magic Viewer’s Choice Awards 2016. She has also starred in MTV’s HIV/AIDS Edutainment show Shuga, Lasgidi Cops, A Soldier’s Story, Out Of Luck and others. 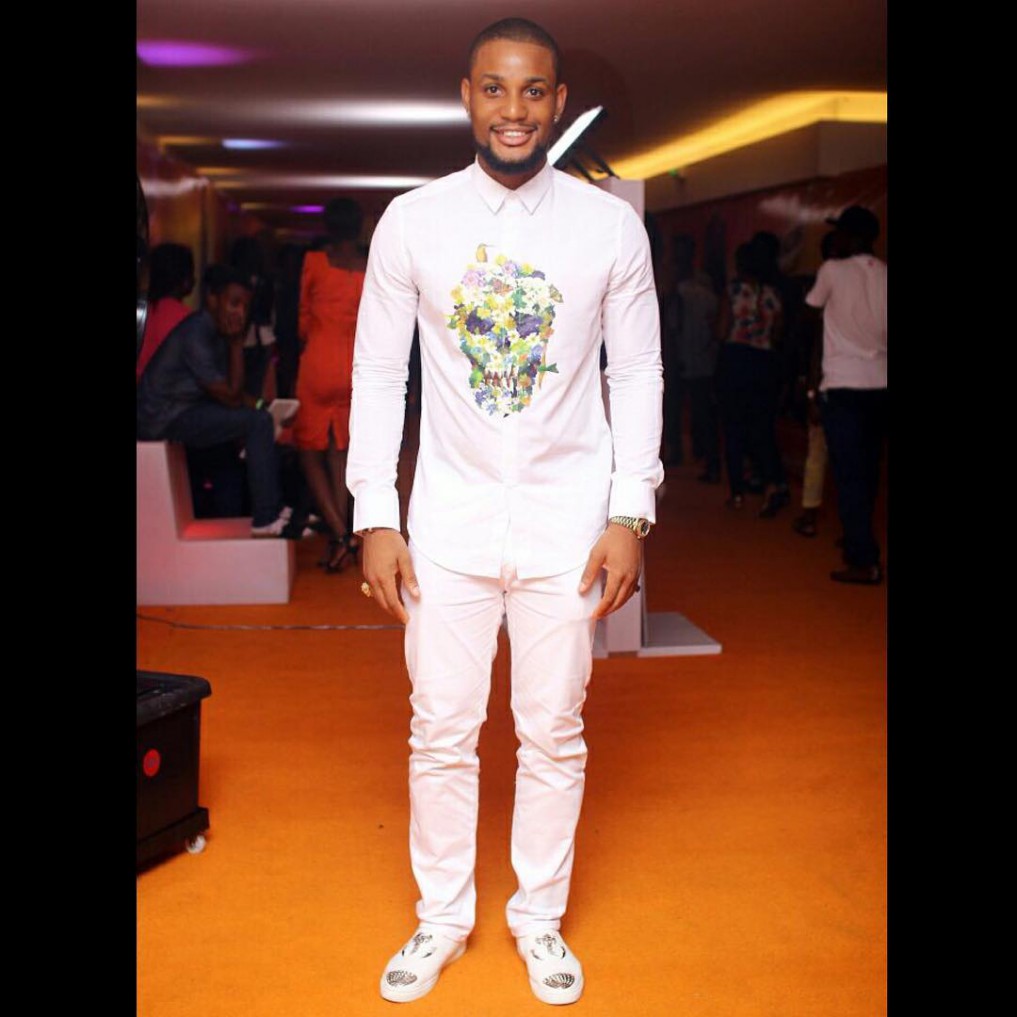 2. Alex Ekubbo
Alex Ekubo (born Alex Ekubo-Okwaraeke; 10 April 1986) is a Nigerian actor and model. He was first runner up at the 2010 Mr Nigeria contest. Alexx won the Best Actor in a supporting Role award at the 2013 Best of Nollywood Awards for his role in the Weekend Getaway.
Ekubo who is popularly known for his play boy in movies is a native of Arochukwu, Abia State. He attended the Federal Government College Daura, Katsina State. He studied Law at the University of Calabar, bagged a diploma in Mass Communication from Calabar Polytechnic and also studied for a second degree in Theatre Arts from the University Of Calabar.
He had his first major role in a movie titled (Sinners in the House), produced by Lancelot Oduwa Omaseun in the year 2000.
Alex Ekubbo won several awards in 2016 which includes Lagos Fashion Awards Model Actor Of The year, Best Actor 2016 Entertainment Legend Awards, London SNFTA Awards Male African International Emerging Screen Talent of the Year,
His recent movie roles includes The first lady, Not Enough, 41Love, Entreat, 29 and Miserable, ATM, Hello and so much more. 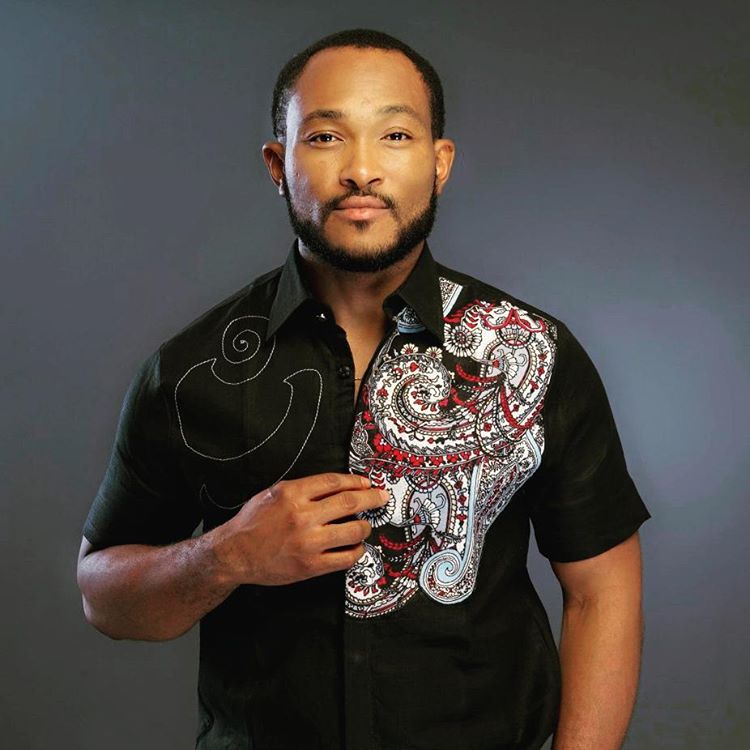 3. Blossom Chukwujekwu
Blossom Chukwudi Chukwujekwu was born on November 4th 1983 in Benin City, Edo State Nigeria to Dr. I.E and Evangelist J.C. Chukwujekwu. Blossom Chukwujekwu is the first of two sons. He is a native of Toole, Newel North in Anambra State, Southeast Nigeria. He attended Greater Tomorrow Primary School and Greater Tomorrow Comprehensive College both in Benin City, Edo state. For his tertiary education, Blossom opted to study Mass Communication at Benson Idahosa University Okada.
In 2009, after several auditions Chukwujekwu landed the lead role in the yet to be released Nigerian Soap Opera; Portrait of Passion. That same year he was casted in his first feature film, Vivian Ejike’s Private Storm alongside Omotola Jalade Ekeinde and Ramsey Nouah. Blossom was profiled on Africa Magic’s Nollywood show Jara, as one of the top 5 actors of 2013, in 2012 Chukwujekwu landed a role in Flower Girl which was his breakout movie.
Chukwujekwu’s performance as the abusive and emotionally volatile “Moses” earned him the Africa Magic Viewer’s Choice 2015 Best Supporting Actor award. Blossom’s most notable film credits includes Flower Girl(2013), Finding Mercy(2013), alongside Rita Dominic, Knocking on Heaven’s Door (2015), The Visit (2015), Ghana Must Go, The Wedding (2016). 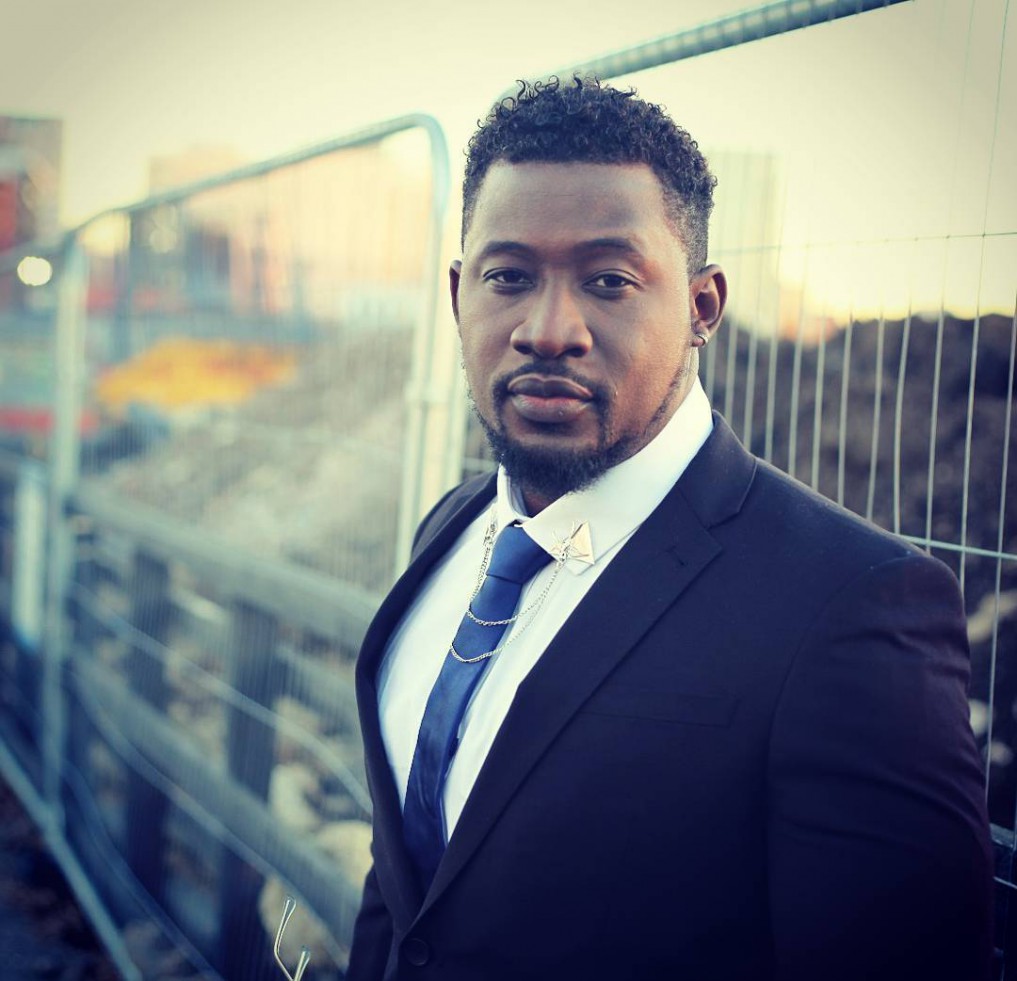 4. Daniel K Daniel
Daniel Kanayo Daniel is a Nigerian television and film actor, model, voice over artiste and events compere. He is best known for his portrayal of the heroic yet antagonistic Oviawe in the Amstel Malta Box Office produced film The Child. Daniel K Daniel as he is popularly called broke into limelight after winning two awards for the same movie for his role in The Soldier’s Story which earned him an AMAA awards and an AMVCA Awards for Best Actor in a Drama in 2016. He has featured in box office movies including the recently released Star studded cast movie 76 and more. 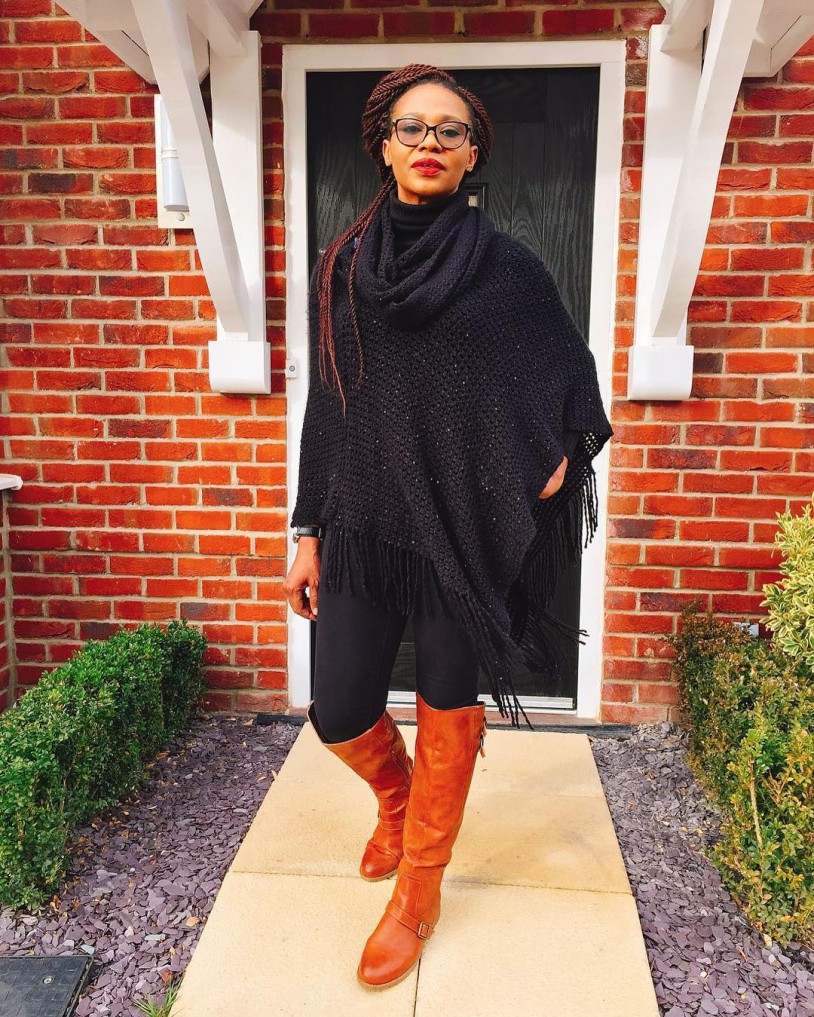 5. Nse Etim Ikpe
Nse Ikpe Etim is a popular Nigerian actress. Born on the 21st of October 1974 in Akwa Ibom State, Nse attended Awa Nursery school Kaduna for her elementary education. Along the line, she changed to Command Children’s school, Jos as a result of her father’s work transfer to Jos.
For her secondary education Nse attended St.Louis College Jos, Federal Government College, Jos and Federal Government College Ilorin respectively. She later attended the University of Calabar where she studied acting and Drama.
Nse was first noticed on our screens when she acted in the hit soap opera “Family Inheritance” but it was her excellent performance in the movies Reloaded and Mr & Mrs that shot her to limelight and registered her firmly as Nigeria’s foremost A-List Actor.
For these two roles she got several awards and nominations such as Africa Movie Academy Awards (AMAA) 5th and 8th Edition (Best Actress in a leading role), 2014 Africa Magic Viewer’s Choice Award (Best Actress in a Drama), 2009 Best Of Nollywood Awards (Revelation of the year (female)), ZAFAA Awards (Best Actress in a supporting role), 2010 Best of Nollywood Awards (Best Actress in a leading role), the Eloy Awards (Actress of the year), 2012 Nigerian Entertainment Awards (Best Lead Actress), 2013 city people Entertainment awards (Best Actress of the year) and a nomination in the 2014 Golden Icon Academy Movie awards. 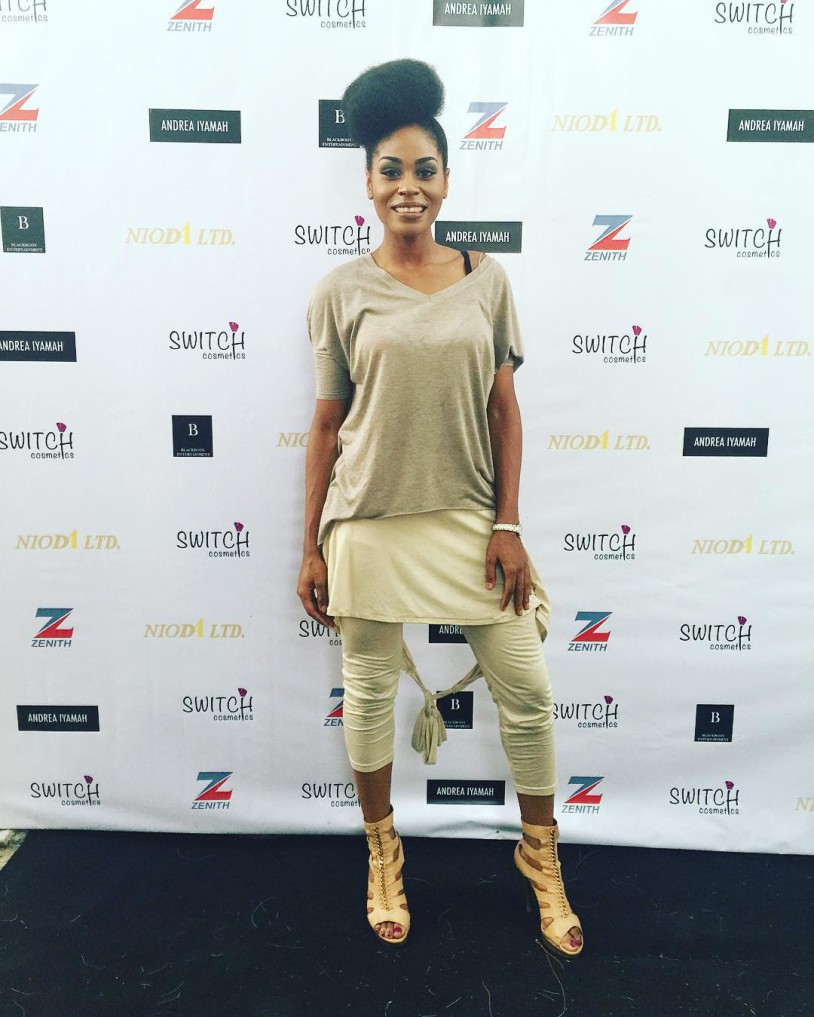 6. Somkele Idhalama
She is also known as Iyamah. She was born in Delta state but went to school in Lagos. She has just two sisters Oby and Dumebi. After finishing school she went to the university in Ottawa in Canada. She played a fashion designer named Yvonne in NdaniTV’s series Gidi Up With Titilope Sonuga, Deyemi Okanlawon, OC Ukeje and Ikechukwu Onunaku. Her sister Dumebi is a fashion designer. Iyamah is married and had a son in 2014. In 2016 she was invited with OC Ukeje to attend the Toronto International Film Festival as “Rising Stars” 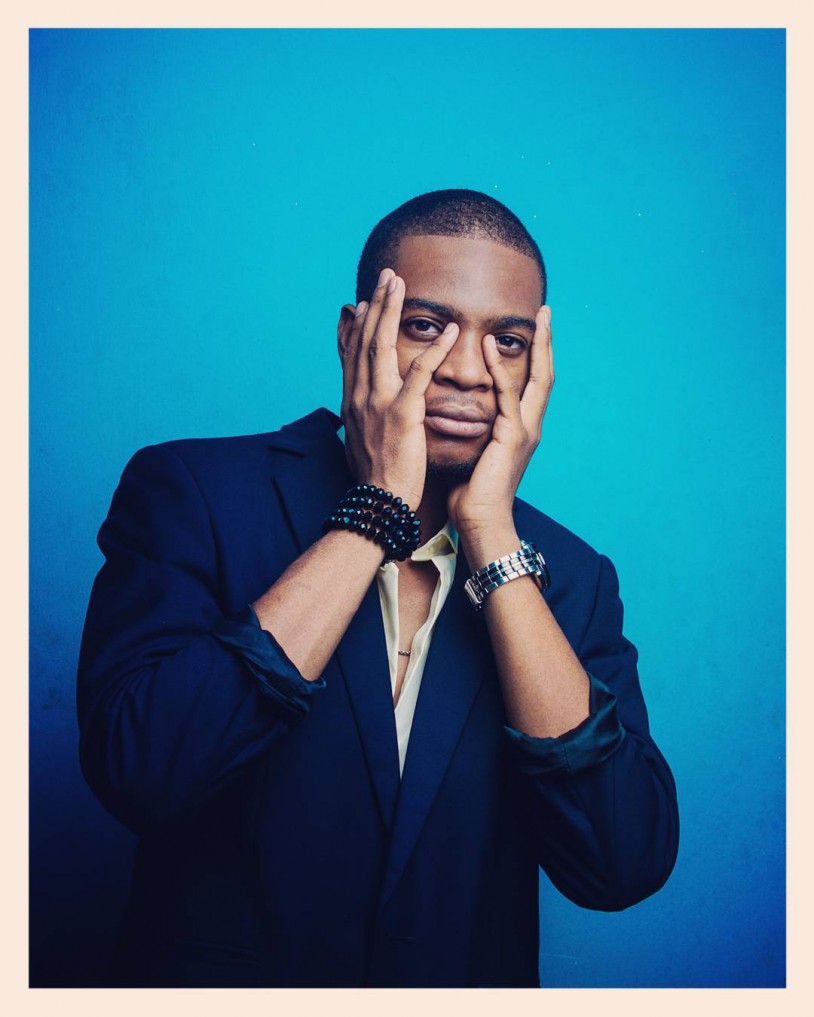 7. Olumide Oworu
Popular M-Net The Johnsons star Olumide Oworu, is one actor that caught the eyes of viewers in 2016 with his captivating performances in MTV’s Shuga, The Johnsons, A Soldier’s Story, Stolen Waters, The Room and 8 Bars and a Clef. He was already modeling and doing radio voice overs before he started acting at the age of six in the popular Nigerian TV Soap Opera Everyday People as Wole Johnson. He had done a lot of modeling in the corporate and fashion world before his big break in acting. 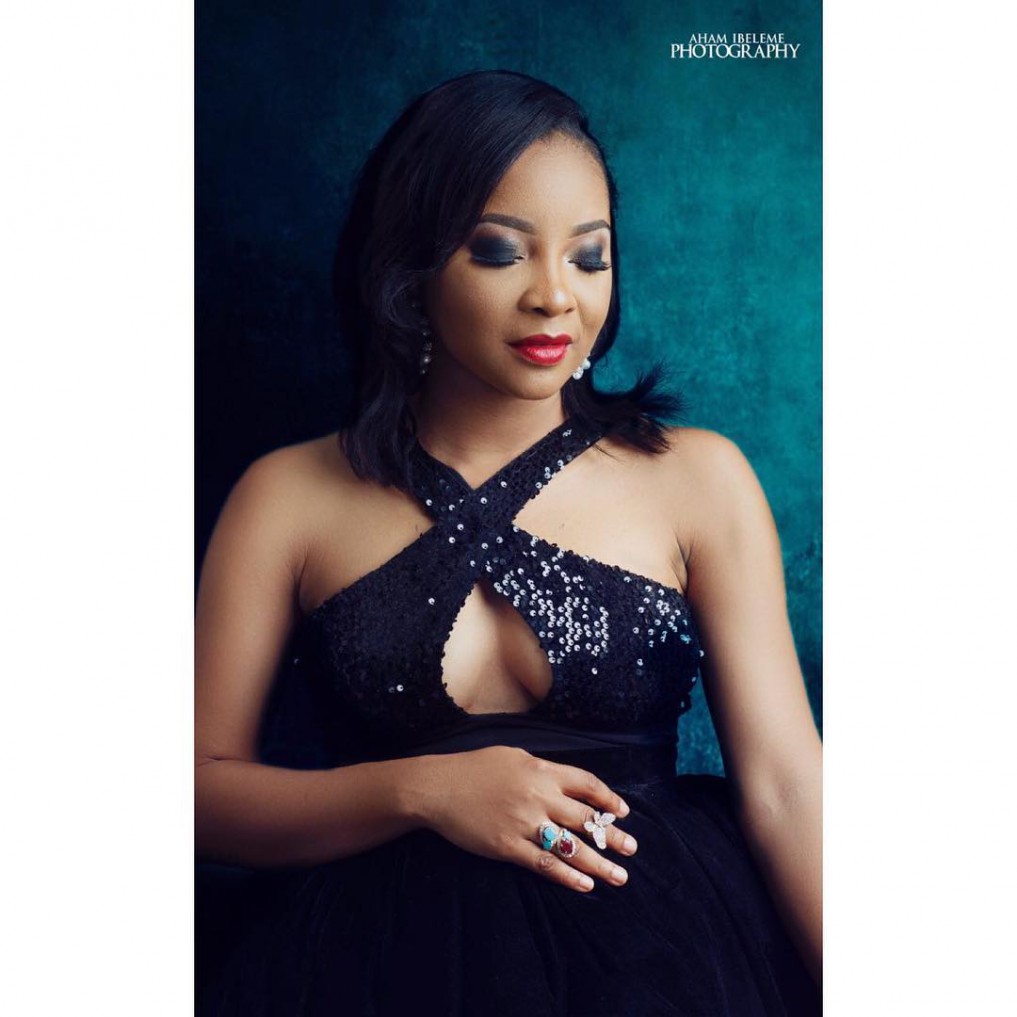 8. Linda Ejiofor
Ejiofor was born in Lagos, Nigeria. She is the second of five children. She is from Isuikwuato in Abia State, Nigeria. She attended Ilabor Primary School, Surulere. She then furthered her studies at Federal Government Girls College, Onitsha and studied sociology at the University Of Port-Harcourt.
Linda Ejiofor (born Linda Ihuoma Ejiofor) is a Nigerian Actress and model known for her role as Bimpe Adekoya in M-Net’s TV Series Tinsel. She was nominated in the category Best Actress in Supporting role for her first feature film, The Meeting (2012), at the 9th Africa Movie Academy Awards. Tony Ogaga Erhariefe Of The Sun Nigeria listed her as one of the 10 fastest rising Nollywood stars of 2013. 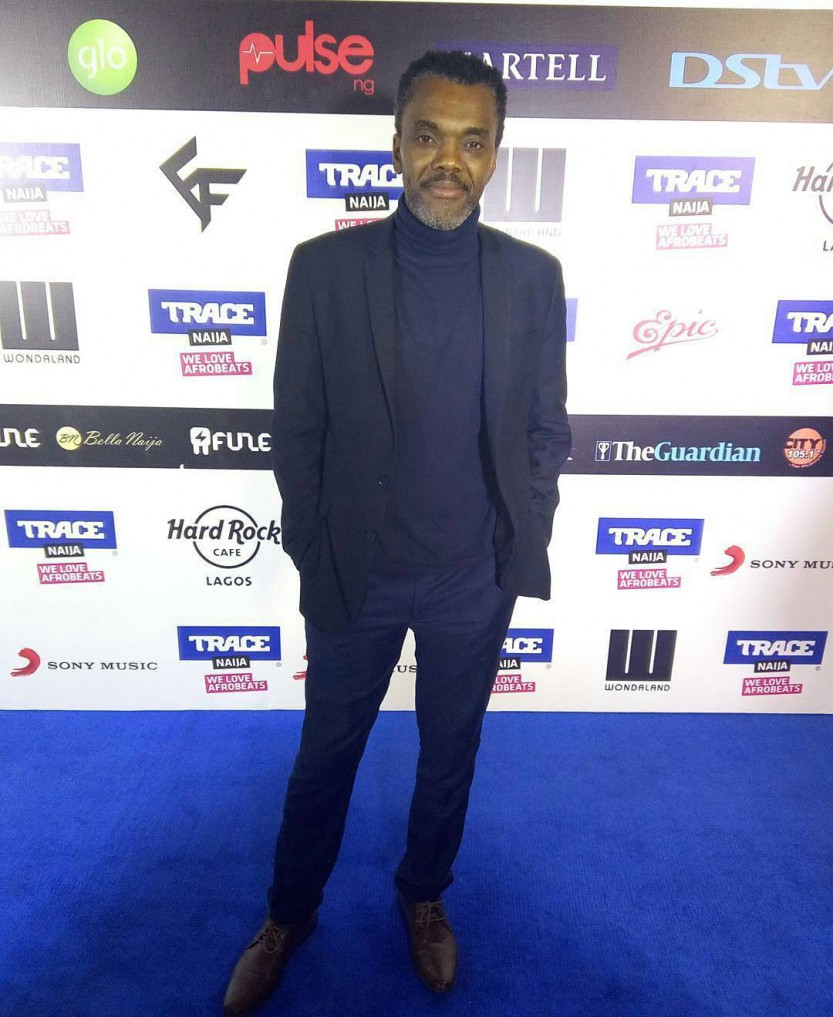 9. Wale Ojo
Dewole Ojo popularly known as Wole Ojo was born on 6 June 1984 in Nigeria. He holds a Bachelor Degree in Creative Arts from the University Of Lagos. He commenced his professional acting career at the tender age of 9-years-old when he featured in children’s series Kidivision 101 and hit family sitcom One Big Family both which aired on Nigeria Television Authority NTA. He broke into Nigerian scene in 2009, after winning the fourth edition of Amstel Malta Box Office reality show. He won an award for Best Student Actor at the 2010 Peak Awards and is the brand Ambassador of Amstel Malta. Wole Ojo currently features on M-Net’s hit series, Tinsel. His movie roles include 8 Bars & A Cleff, Phone Swap, The CEO. He has acted alongside amazing actors Adesuwa Etomi, Yvonne Jegede and others.