The Producer’s function is separate from the director’s when it comes to staging a theatrical performance, but it is no less crucial. Typically, producers are in charge of the production’s finances, management, and logistics, but they can also contribute creatively. 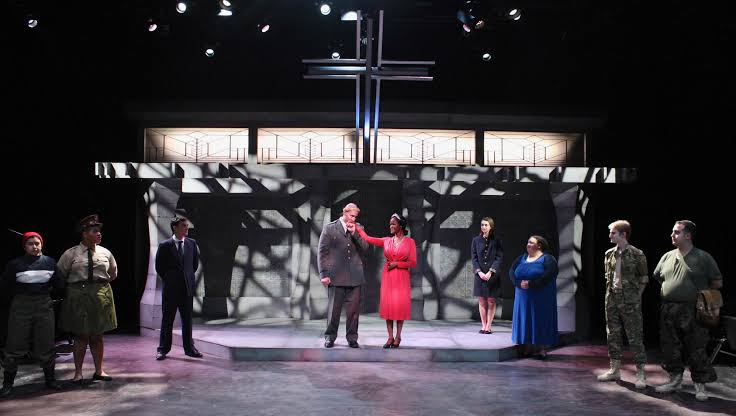 Do some research and come up with a script
The producer is the one who initiates the playwriting process. You (or your staff) must choose which play to produce before anything else can happen. For example, you might decide to stage a well-known play like Les Miserables, Death of a Salesman, or Ms. Saigon, decades after their premiere. You may, however, choose to debut a brand-new play. Then you should go out of your way to find quality scripts written by talented writers, who can be found in various places, such as theater companies or through an agent or publisher.

READ ALSO; Celebrity Music Producer, Samklef Buys House in America
Be aware that plays are considered intellectual property, and as such, their use often necessitates payment of a royalty. If the script you’ve chosen isn’t in the public domain, get in touch with the playwright, agent, or rights owner.

A director should be sought out
When it comes to making artistic decisions, the director is the play’s “boss.” They are in charge of supervising and directing performers during rehearsing sessions, have the last say on aesthetic decisions like a prop and set design, and will be the recipient of much of the praise (or criticism) the play receives after it has been performed. Producing a play requires the producer to seek a director who will be a good fit for the play. This director can be a friend, professional partner, or a promising newcomer to the scene.

However, keep in mind that the director can always decline the request to direct or seek to bargain for higher pay. As a producer, you should recruit substitute directors and assist in discussions as necessary.

Some producers also act as directors in their productions. Due to the immense responsibility, it’s best to avoid taking on a dual function unless you’ve had a lot of experience with it.

Secure finance
Paying for the play is an important responsibility of the producer. It is possible to be the only financial backer of a play if you are wealthy enough to do it. On the other hand, many plays are sponsored by a group of investors – affluent individuals seeking to get a cut of the play’s revenues in return. In this situation, your goal as a producer is to “pitch” the play to potential financiers (whether friends or rich strangers) to persuade them to pay for it.
You also should keep these investors pleased and up-to-speed during the production, telling them of production adjustments, new sales predictions, and the like.

Find a venue
The practice and production of plays necessitate a physical location. It’s your obligation as the producer to make sure this location is safe for your shoot. The location should be able to meet your production’s technical requirements (such as stage size, lighting, sound systems, etc.) as well as your projected crowd. Other factors to think about include:
How much it costs to use the space – each venue has its profit-sharing procedures for ticket sales and so on
It doesn’t matter if the location has its front-of-house staff or not (ticket takers, etc.)
If the location has liability insurance or not
The venue’s aesthetics and acoustics
The location’s history

Schedule auditions.
Even one-person shows require a cast. Your connections can help you find actors for specific roles in your production. If this is the case, you can contact the actors directly to offer their services. If this is the case, then you must arrange for auditions to take place. For potential actors to know where and when to show up for a position in your production, make sure you publicize the auditions.

Top 5 Tips for Choosing Good Costume Manager for a Play

BBNaija's Tega opens up on how she caught husband cheating, contemplated voluntary exit from reality show