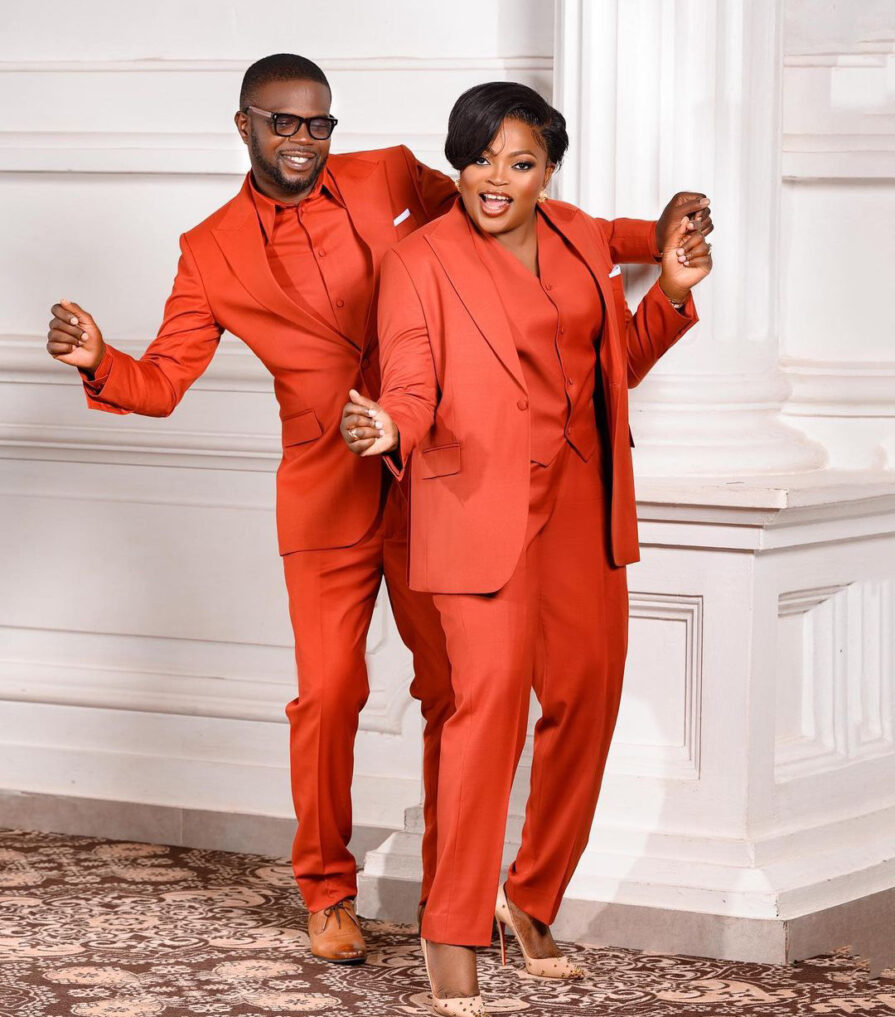 Following the news of the marital crisis of Nollywood actress, Funke Akindele-Bello and her husband, JJC Skillz, celebrities have continued to air their opinions.

Reacting to the news, media personality, Tolu Oniru better known as Toolz slammed those linking the marital crisis to the successful career of Akindele.

She described it as a “lazy narrative” and sarcastically told women “not to be successful.” 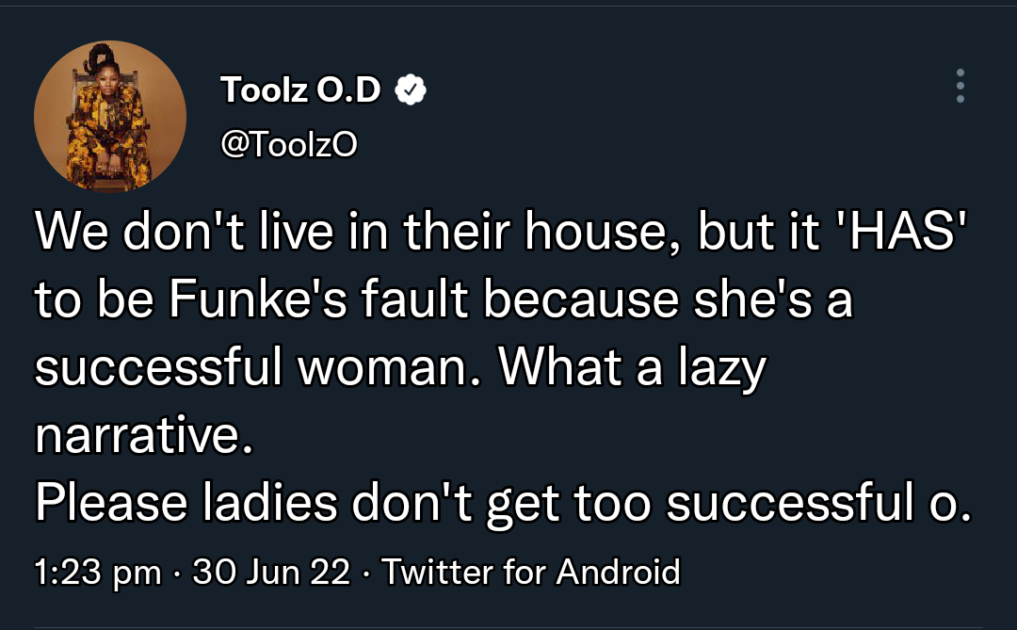 Reacting, Shade Ladipo shared a prayer on her Instastory. 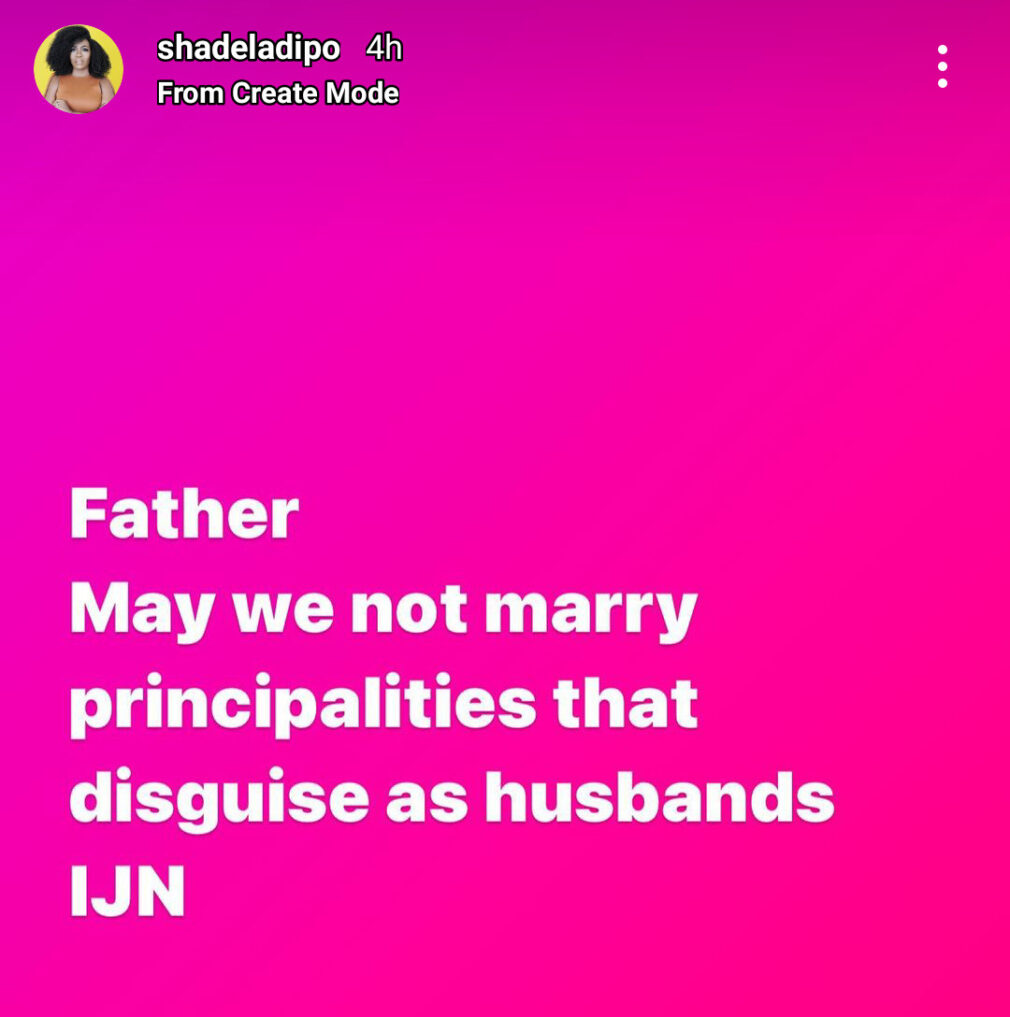 Do2dtun on his path noted that the day everyone understands that celebrities are not robots, the better for everyone. He also said what makes them different is the publicity on social media.

He further noted that it is sad to see everyone blame a man because he is behind the scene. 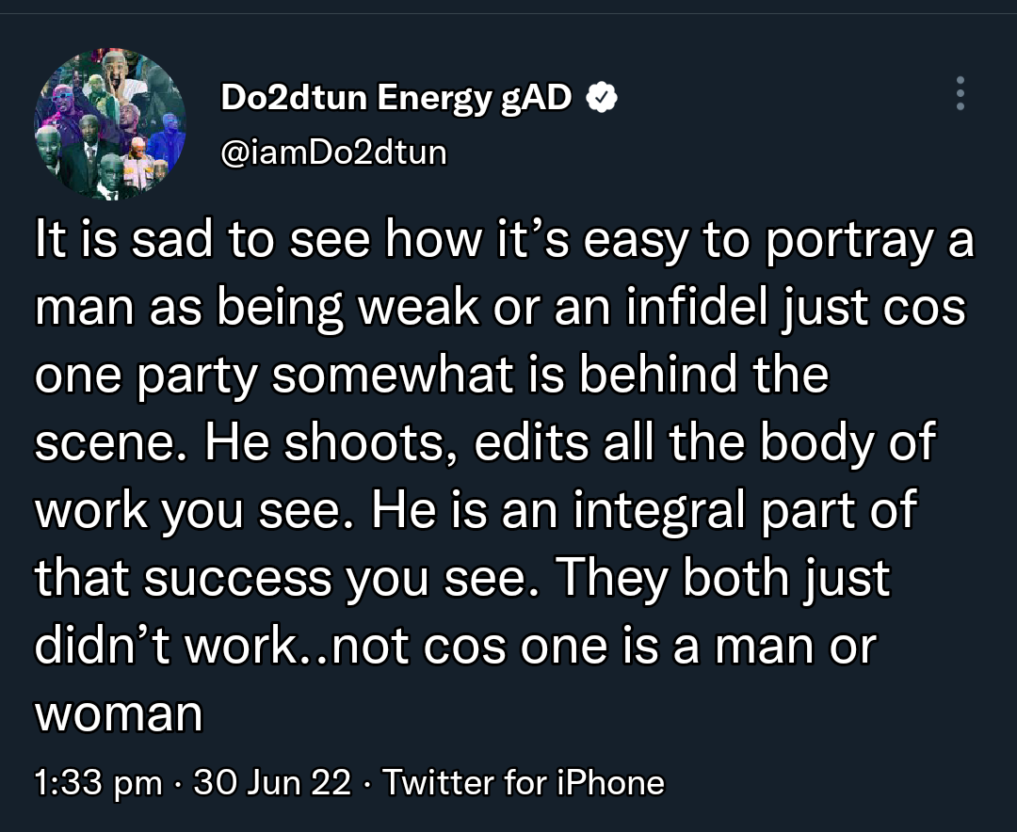 Clergy man, Apostle Suleman, the founder of Omega Fire Ministries directed his message to couples going through a separation. See his tweet below, 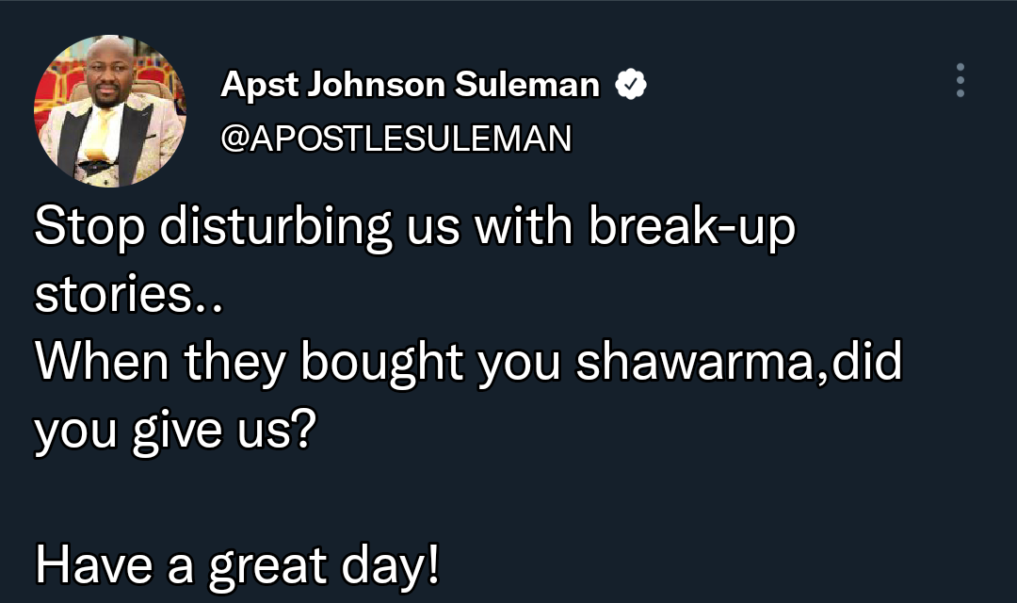