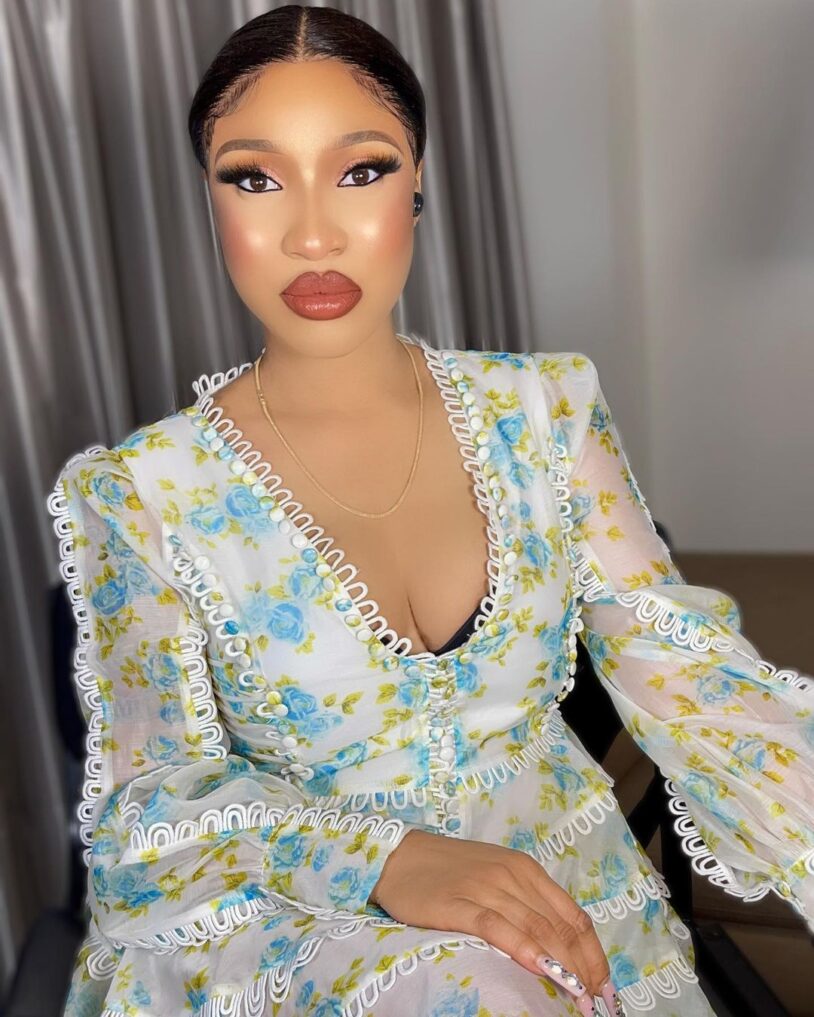 Human Rights Activist, Reno Omokiri might have bitten more than he can chew as two of Nollywood’s Controversial actresses took to Instagram to slam him over his comment.

Recall that Glamsquad Magazine reported that Nkechi Blessing Sunday slammed Reno Omokiri after he linked her and Tonto Dike to Asiwaju Bola Ahmed Tinubu, following his outburst in the Ogun State capital, Abeokuta.

In her response to Reno Omokiri, actress, Tonto Dike took another dimension as she replied him in Yoruba Language. 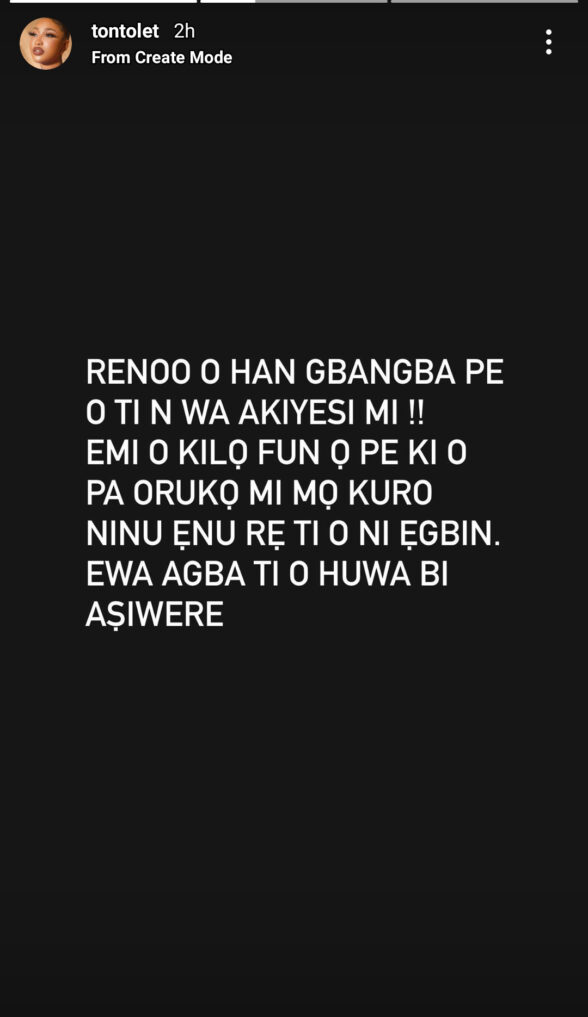 “It’s obvious that you have been seeking for my attention. I warn you to desist from mentioning my name with your disrespectful mouth. An elder acting like a  lunatic.”

Tonto Dikeh went on to tag him as the houseboy of Abubakar Atiku, the Presidential flag bearer of the People’s Democratic Party.

The mother of one dared Omokiri to come to Nigeria while noting that he is always on the wrong side of history. She also slammed him for allegedly fighting young girls with bigger dreams while his mate, Peter Obi, the Presidential flag bearer of Labour Party is being creative and innovative.   See posts below: 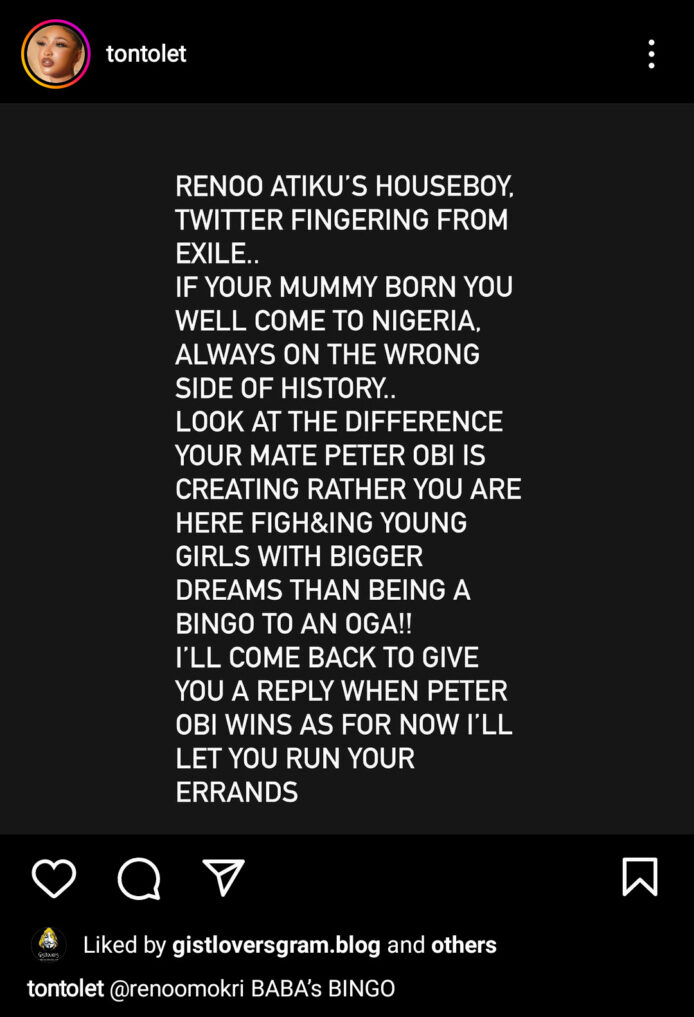 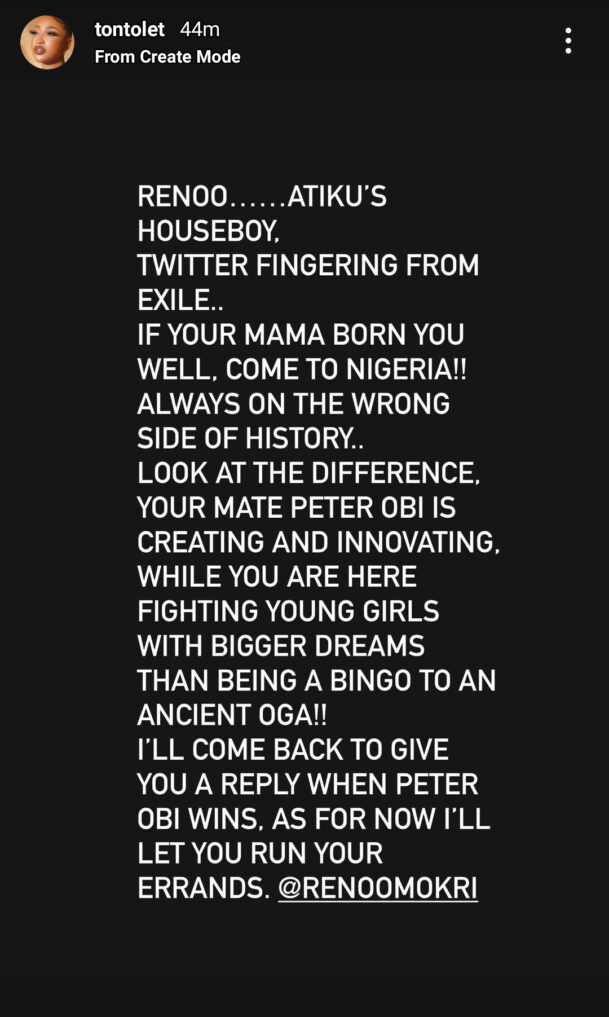