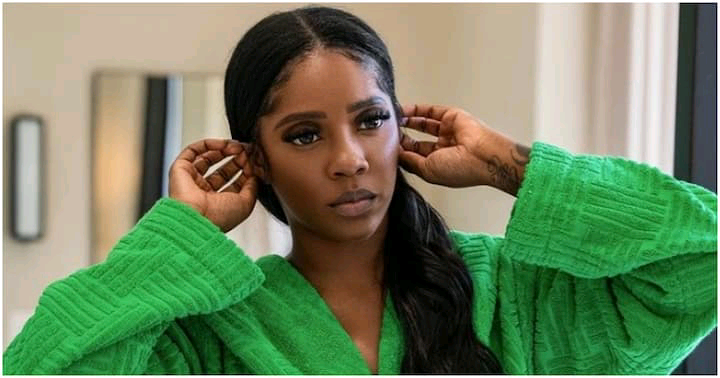 The singer who recently gave an amazing performance at her Kampala concert which left her fans wanting more has dropped the true meaning behind her ‘Somebody’s son’ jam.

Read Also: Kim Kardashian and Pete Davidson breaks up after 9 months of dating

The song which was released in 2021 featured American singer Brandy.

In a recent interview she had this to say;

“I am going to tell you guys this story, when I did this song, yeah, a lot of people were like ‘this is a sure hit but only girls are going to sing this song, guys are not going to sing it. And they were like Tiwa you are taking a risk by making it your first single.’

”I said to them don’t worry one day I am going to tell this story. You see somebody’s son I was talking about is actually Jesus Christ. For real, so whether you’re a man or woman we are all looking for that somebody’s son right”.

Tiwa, who was one of the headliners at the BudXLagos FIFA Kick-Off Concert at Eko Hotel, Lagos, over the weekend, during her performance, paused to tell her fans the story behind the song.

Glam Look Of The Day: Tolu Bally Serves Glam in a Black Outfit