According to Bayelsa-born singer, he was previously weighing 95kg but now weighs 75kg. He however used the opportunity to thank God for making it possible.

Going by his update, it shows that the “Dem Mama” crooner has lost 20kg since he embarked on his weight loss journey.

Sharing a photo of his new look on Instagram, Papchulo as he likes to be called wrote; 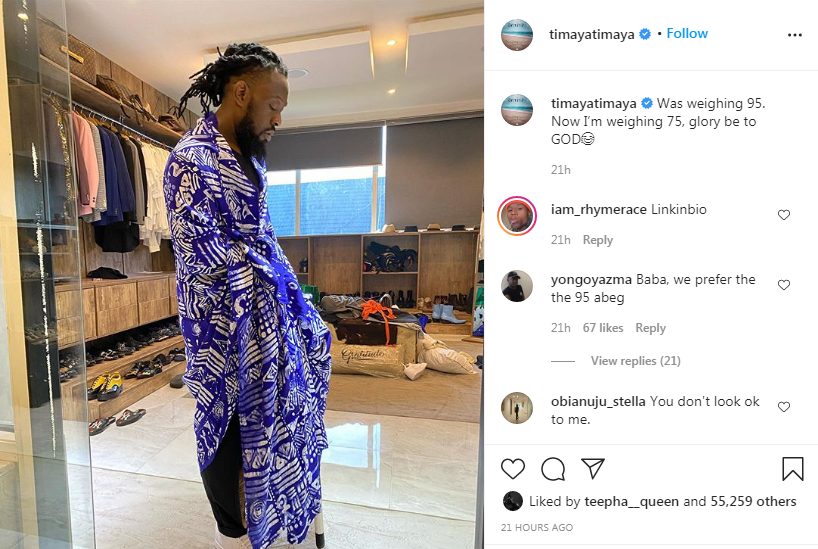 3 lipstick shades every Glam Woman should have