TikTok is currently attempting to improve the detection and enforcement of regulations against potentially deadly online challenges and hoaxes.

According to a TikTok-commissioned survey, one in every five youngsters has already engaged in an online TikTok challenge. 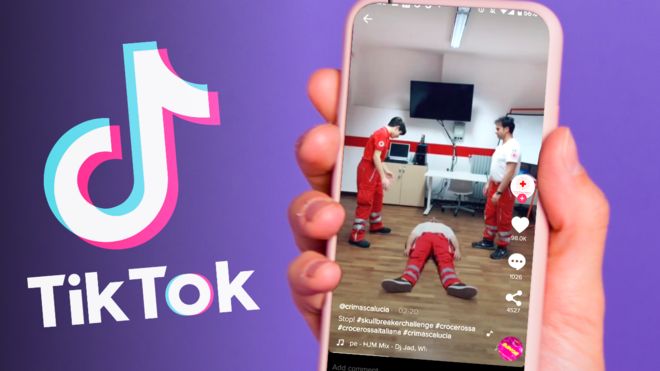 The rise of potentially hazardous online challenges across multiple platforms has sparked considerable alarm. The “skull-breaker” challenge publicized on TikTok in 2020 was linked to multiple catastrophic injuries.

Earlier this year, doctors warned of the dangers of the viral “milk-crate challenge” on TikTok, which invited people to climb milk crate pyramids.

TikTok also prohibited the “dry scoping challenge” after physicians warned of the dangers to one’s health.

According to Social Media Today, online challenges can be positive and support causes, such as the “ice bucket challenge,” which helped increase awareness of amyotrophic lateral sclerosis, or ALS.

According to the BBC, TikTok announced in reaction to the findings that technology that notifies their safety staff to unexpected rises in violating content related to hashtags would be broadened to detect potentially dangerous conduct.

For example, if a hashtag like #foodchallenge is used to post recipes and suddenly sees a rise in interest that appears to be related to videos that violate the rules, the TikTok team will look into it.

According to Newsbreak, TikTok already has a policy of eliminating content that advocates or glorifies harmful conduct.

According to the experts who contributed to the paper, adolescence has always been associated with increased risk-taking.

However, it comes at a time when there is heightened public debate over the effects of social media on teenagers, following the revelation by Facebook whistleblower Frances Haugen of Facebook study into the effect Instagram has on their mental health.

The TikTok study also looked into self-harm and suicide pranks. Some schools alerted parents about Momo, a scary character with bulging eyes who urges children to do terrible things like injure themselves.

Despite the fact that experts thought it was a hoax, the survey found that Momo had an impact on children.

Thirty-one percent of those who saw a hoax on TikTok said it had a negative impact, while 63 percent said it had a bad impact on their mental health.

According to TikTok, hoaxes like these typically have similar characteristics, and in past cases, bogus warnings have circulated, implying that youngsters were being encouraged to participate in games that frequently resulted in self-harm.

The hoaxes spread via warning messages, prompting others to alert as many people as possible in order to prevent perceived bad repercussions.

In addition to eliminating the hoaxes, it would now begin to remove alarmist warnings about them, as they could cause injury by mistaking the self-harm hoax for the actual thing.