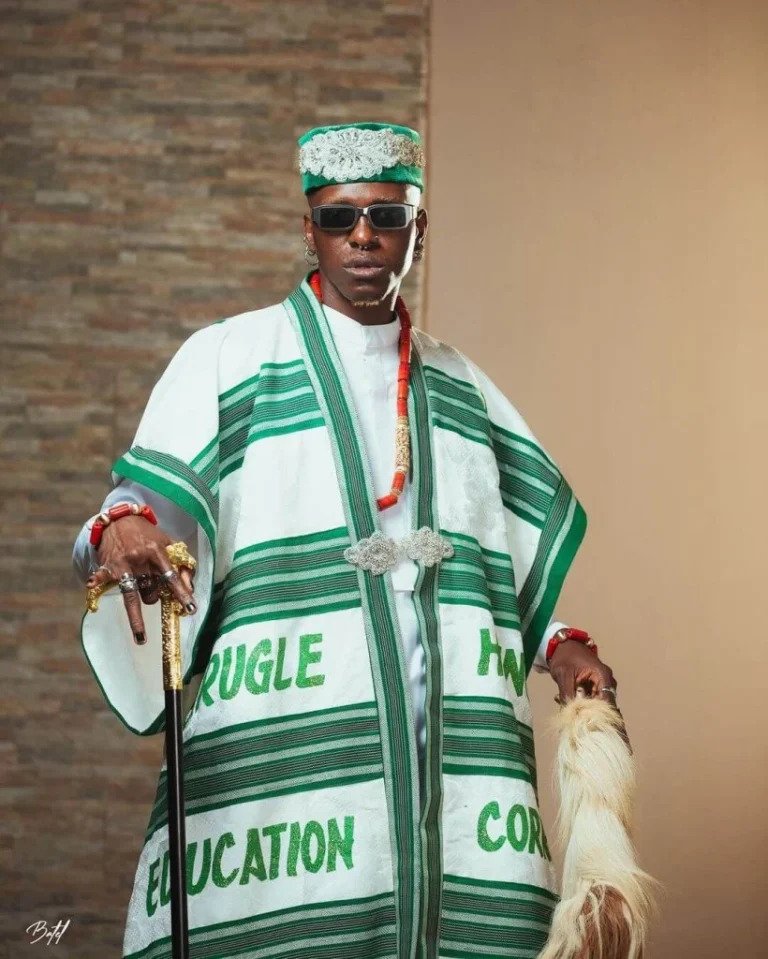 Bbnaija star, Hermes has revealed that he and his colleague, Allysyn are ‘just friends’.

While in the house, Hermes and Allyson were having a relationship. After leaving the program, Allysyn said she might think about becoming Hermes’ third girlfriend.

The multi-talented individual, however, used the microblogging platform to reveal that his relationship with his former love interest, Allysyn, is strictly platonic and that there are no benefits.

This follows the alleged incident between Allysyn and Deji Morafa, a fake housemate from BBNaija season 7.

“I am just friends with allysyn, there are no benefits. Let it be known. #offoffair” 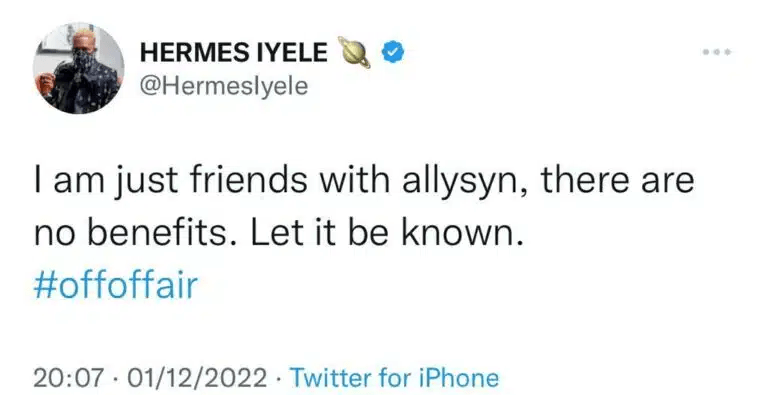 0
Ifeanyichukwu Ngere December 2, 2022
No Comments Yet