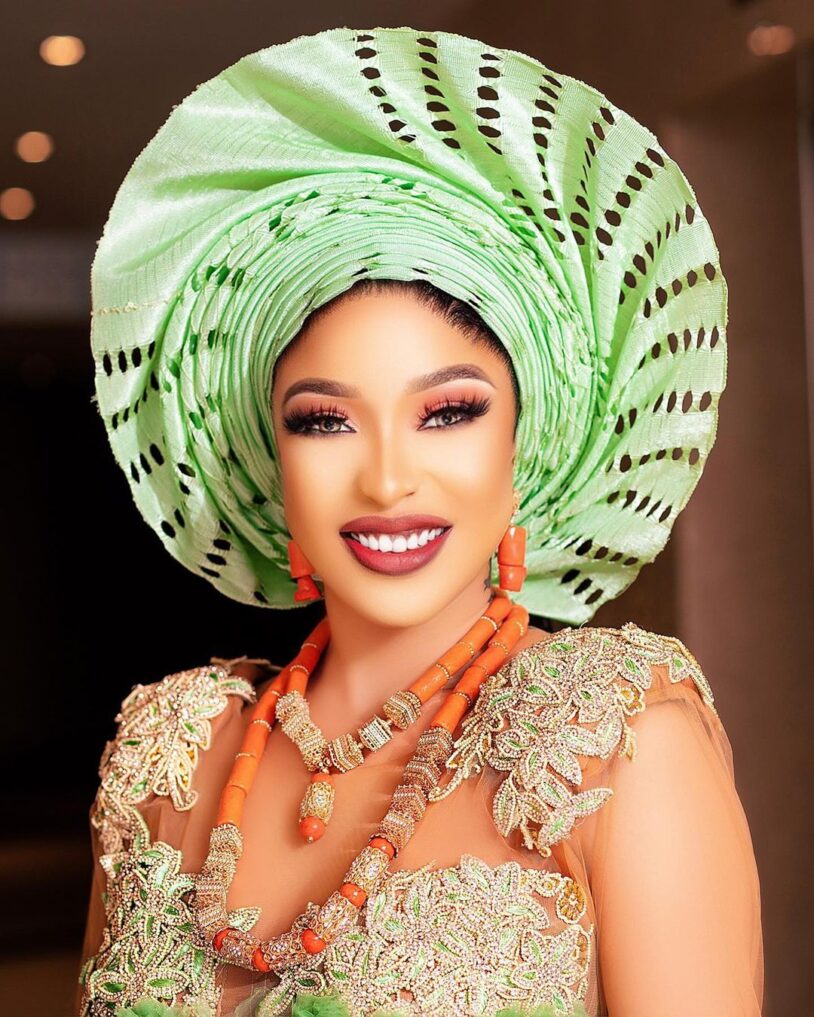 Controversial Nollywood actor, Uche Maduagwu celebrates his colleague, Tonto Dikeh on her 37th birthday in a funny way.
READ ALSO: Filmmaker, Kemi Adetiba Extol Her Husband On His Birthday
Sharing a video of himself dancing on his Instagram page, he said the best gift Tonto Dikeh can receive at 37 is for him to pay her bride price in dollars because she’s a priceless jewel and not a Kpokpo Garri Ijebu Oniduromi helper as he indirectly shades her ex-boyfriend, Prince Kpokpogri.
READ MORE: “It Is My Turn To Be Happy” –  Tonto Dikeh Declares As She Celebrates 37th Birthday (photos)
He further noted that if Tonto Dikeh had been able to endure Bobrisky which he tagged as ‘Bob Akamu Risky’ who is a national odour bonanza then there’s no mountain she won’t be able to conquer. 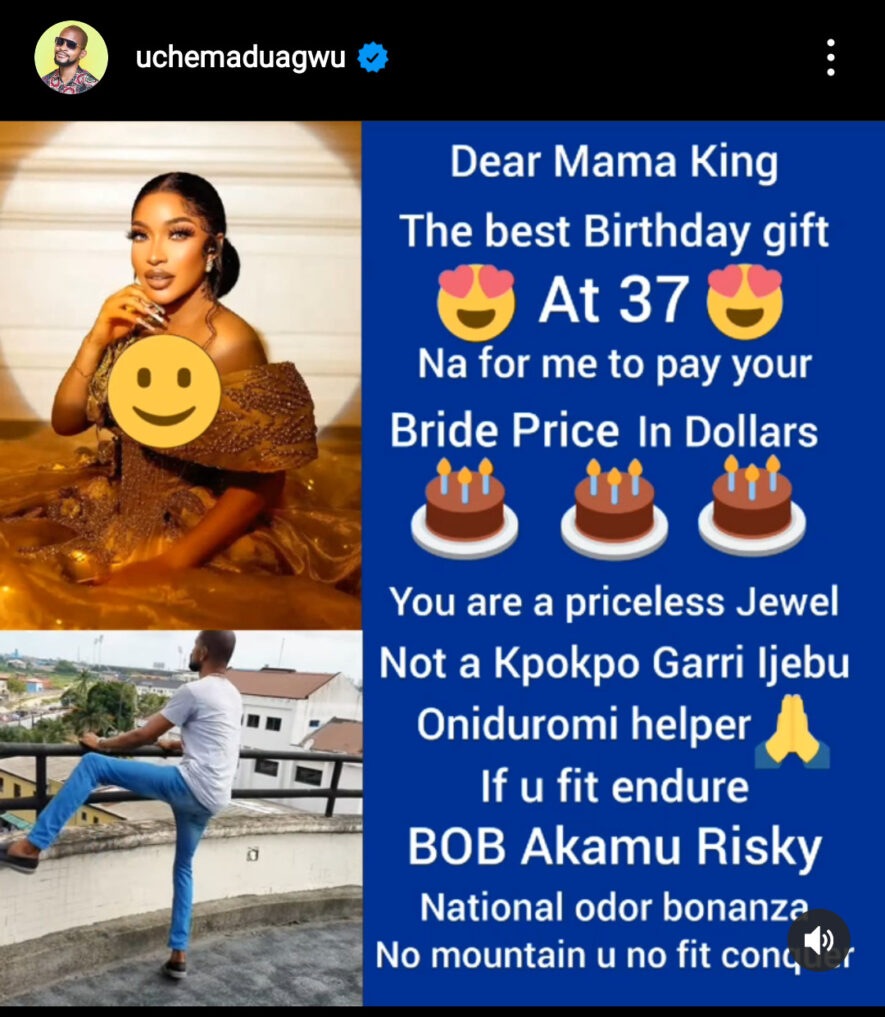 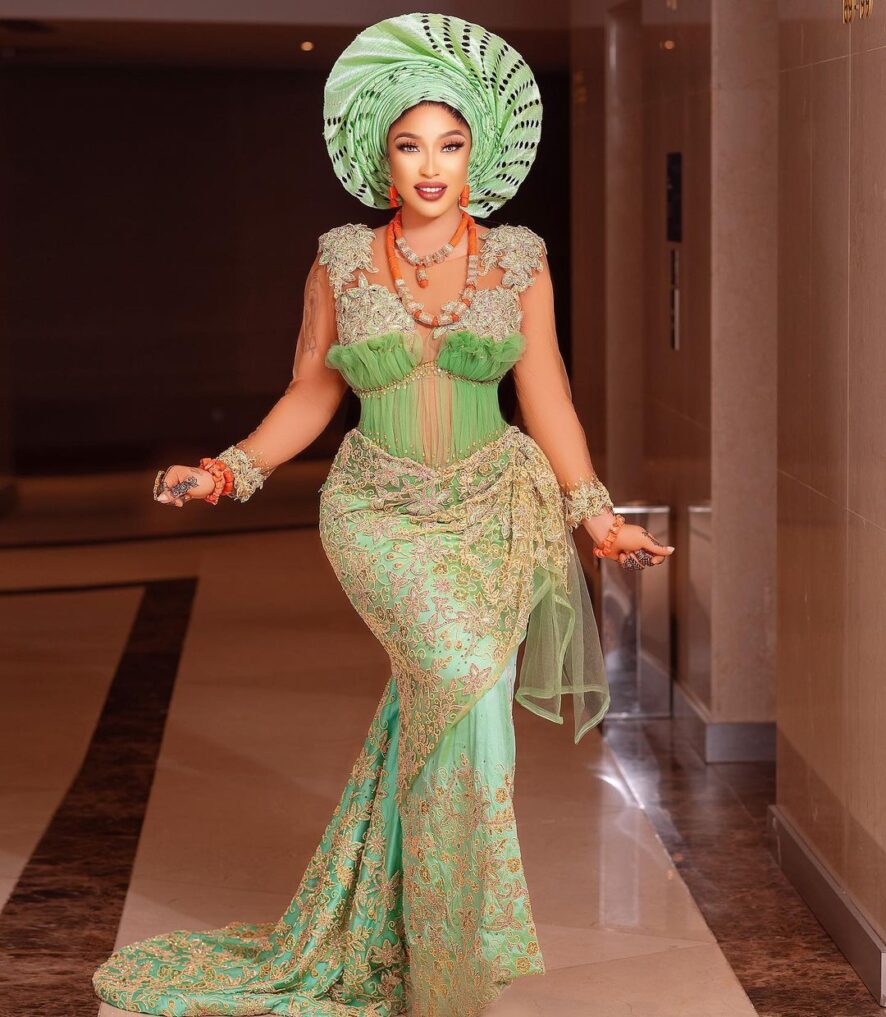 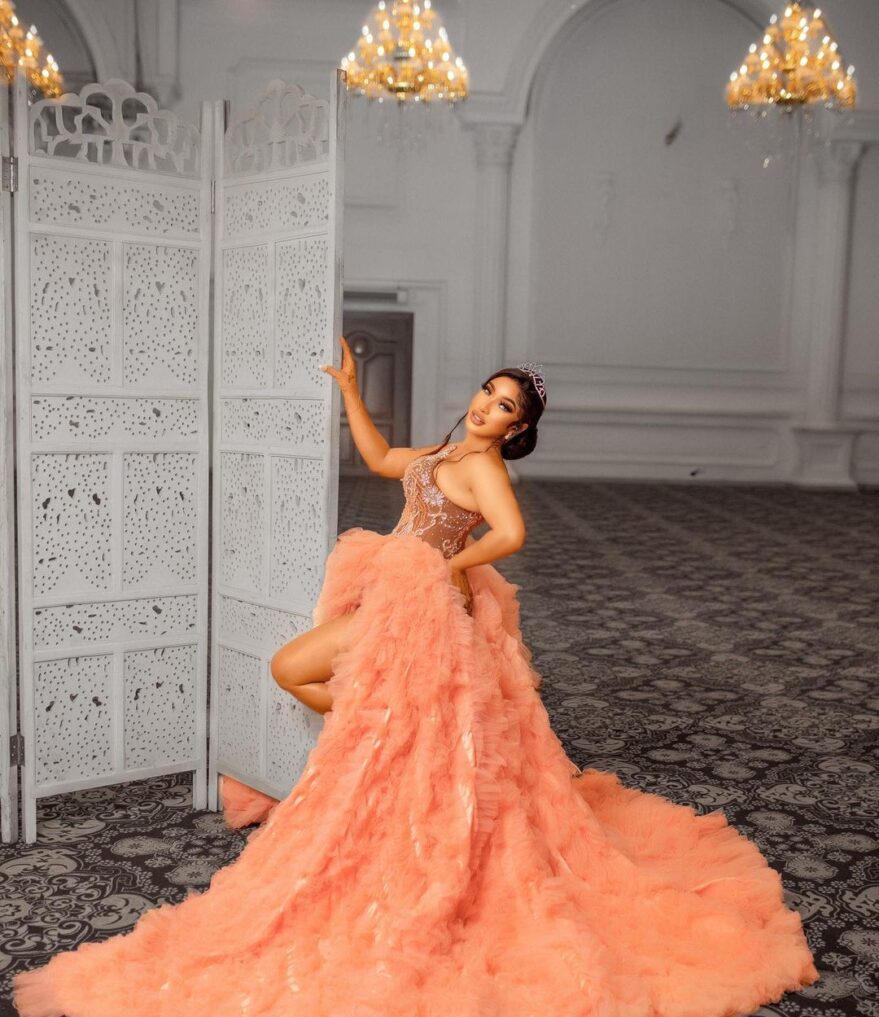 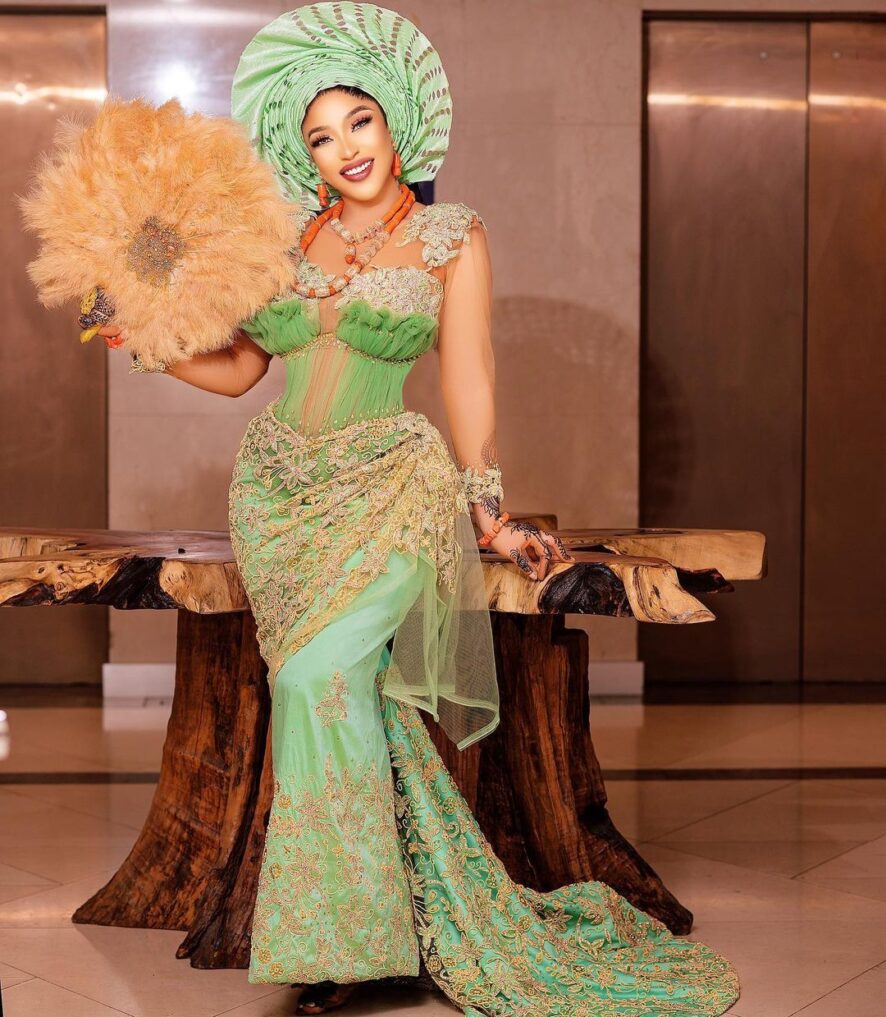 “I’m a big girl, and I am not hungry” - Bobrisky brags as he lists his achievements