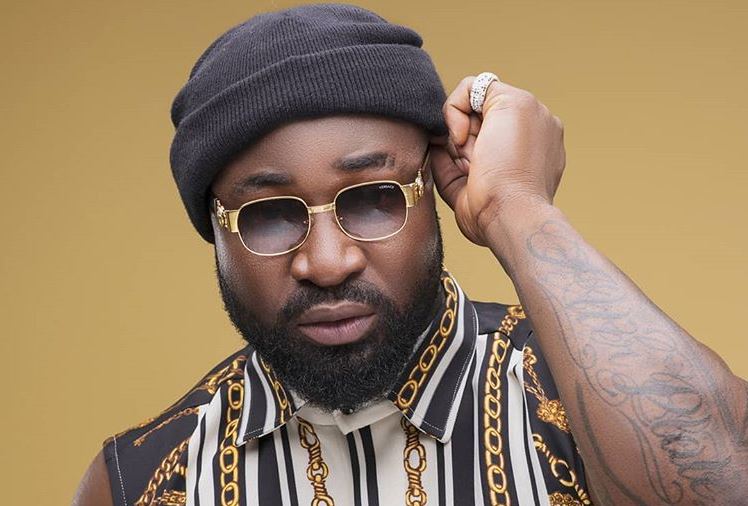 According to Harrysong, he wouldn’t be where he is without them.

“There’s a lot I wouldn’t have achieved if not for the constant push of my hating, envious and jealous friend-nemies.”

“Thak y’all so much please don’t stop. I need more of your stupidity. foolishness and empty backbiting venoms. It keeps me woke knowing that y’all are actually working really hard to see me fail. It’s tough for you guys I know. But more strength to you. I’m a hard rock. I know…” 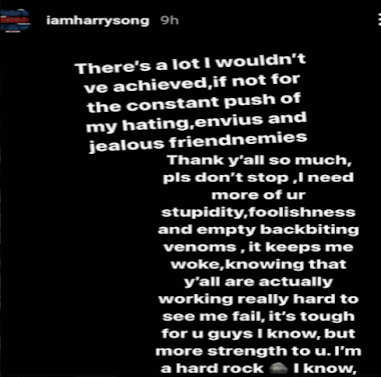 Glamsquad Magazine recalls that Harrysong recently revealed how his ex-girlfriend deceived him by saying that she gave birth to twins just to extort money from him.

Harrysong said on his Instagram story that his ex-girlfriend lied about having twins for him in order to extract money from him.

He further stated that he and his wife, Alexer Perez Gopa, had only one child, a baby girl named Daviva.

“Addressing this issue. I am not baba twins or daddy ejima.There was never any twins anywhere. That lady never gave birth, she lied and was just eating my money.My first child is Daviva.”

Ajuwaya! Throwback photo of when comedian Okey Bakassi was a 'Corper'