The future awards , held yearly to recongnise young Nigerians making history and influencing positive change socially and economically. The game changers over the year has been picked and finally, we get a look at some of the nominees of The Future Awards Africa 2016 (TFAA) in yesterday’s ThisDay Style magazine. Africa’s biggest youth event has been teasing us with announcements for a few days now; the height of this being only 8 of the nominees in the country’s biggest weekend magazine. The cover stars are Stephanie Coker, DJ Obi, Bidemi Zakariyau, Tosin Ajibade, Kehinde Paul, Oluwo Adedunmola, Jane Micheal Ekanem and Kenneth Okwor.

The final list of over a 100 nominees, across 21 categories will be released later this afternoon on Ebony Life TV, Channels TV and ON TV at 3PM. Doing the honours will be the next big things in entertainment: actor and TV personality Timini Egbuson and TV host & fashion IT girl, Mimi Onalaja.

These two fresh talents embody all that is promising, exciting about arts & culture coming out of Nigeria right now.

Ever since it had been announced that the awards had come full circle, focusing on Nigeria, and categories, expanded; anticipation had been building.

We can’t wait to see everyone who made the list!

The 11th edition of The Future Awards Africa will hold on Sunday 18th December 2016 in Lagos, Nigeria. 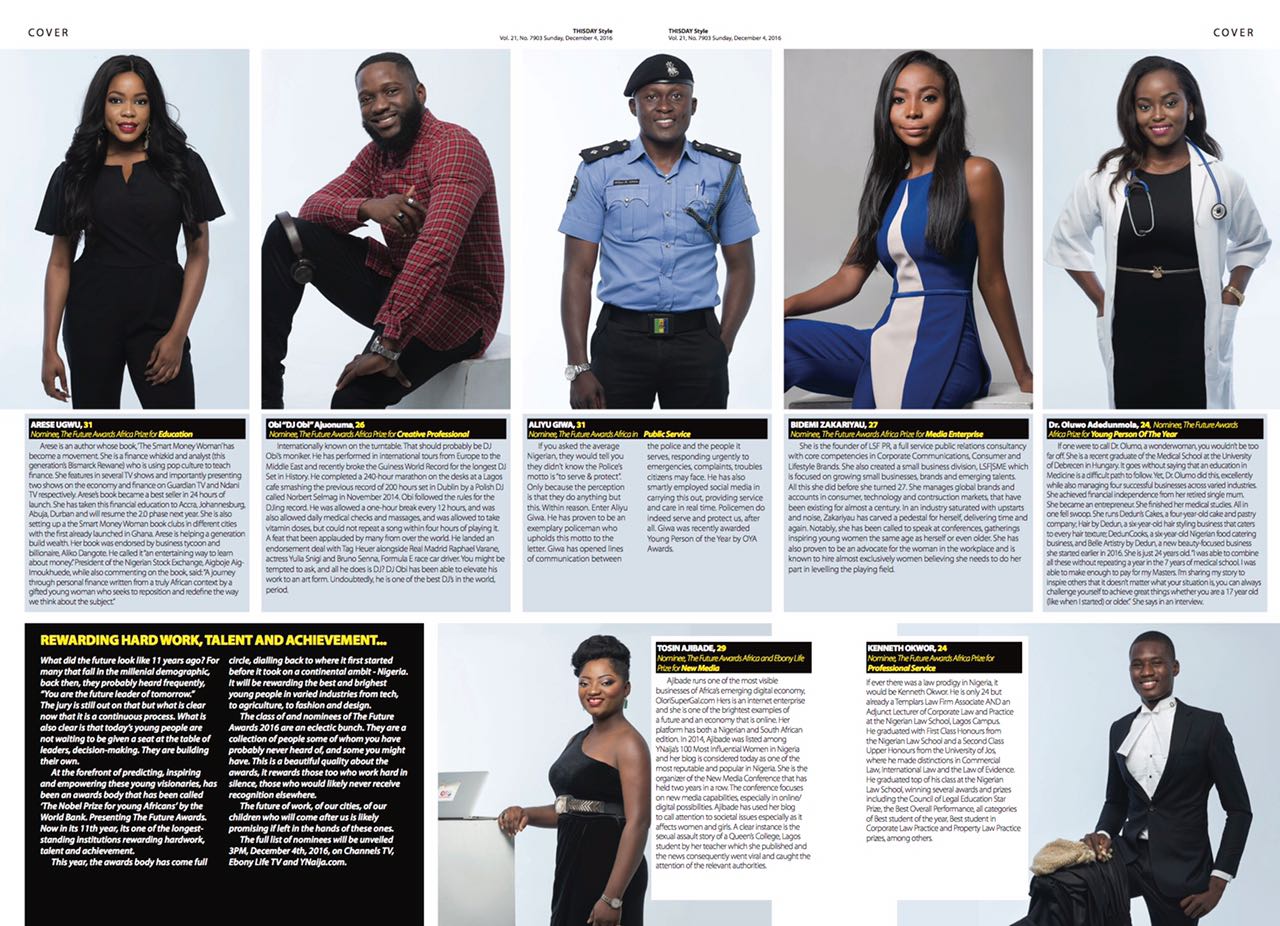 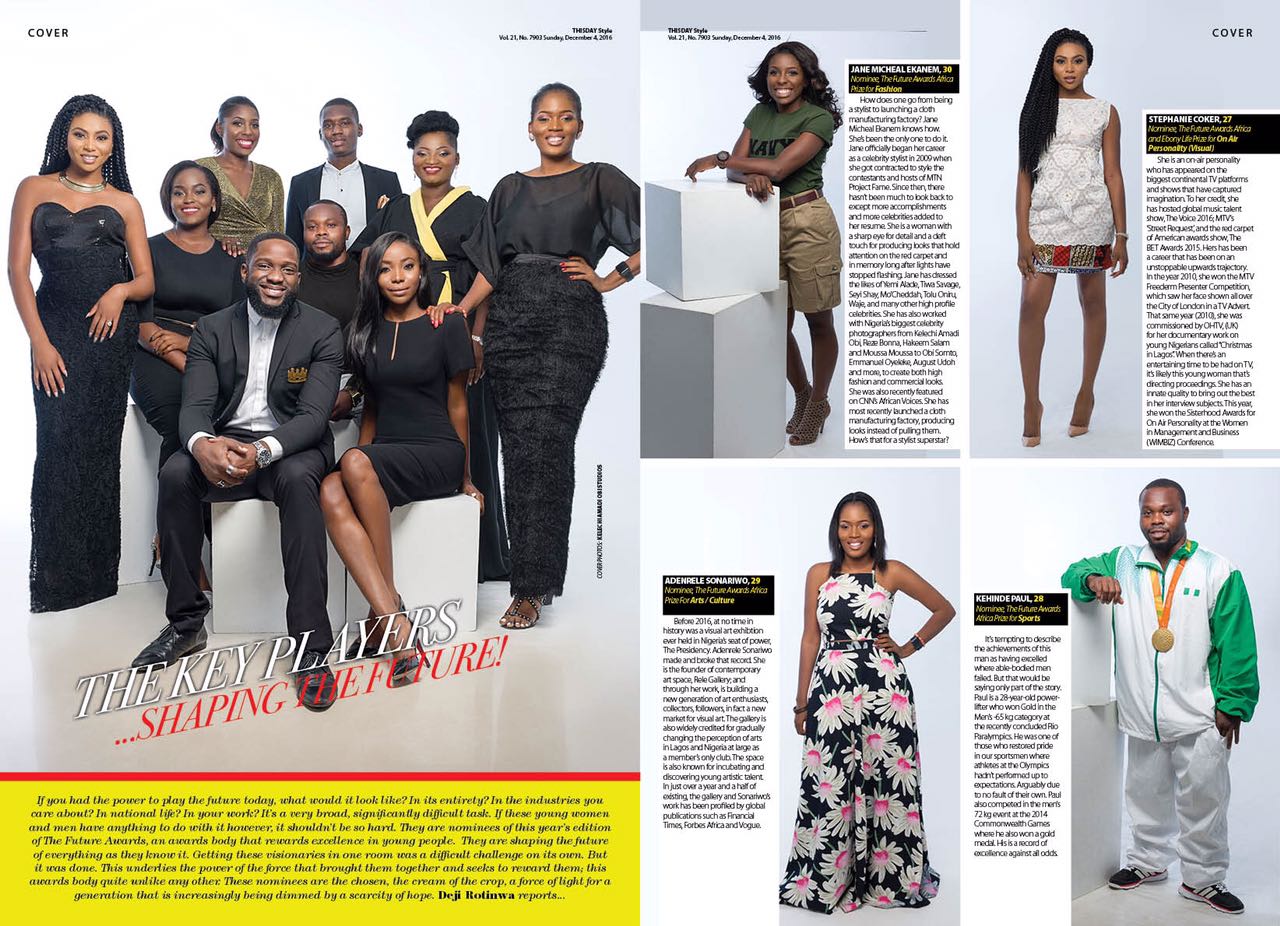 Stephanie Coker Shares First Photos Of Daughter As She Clocks 1