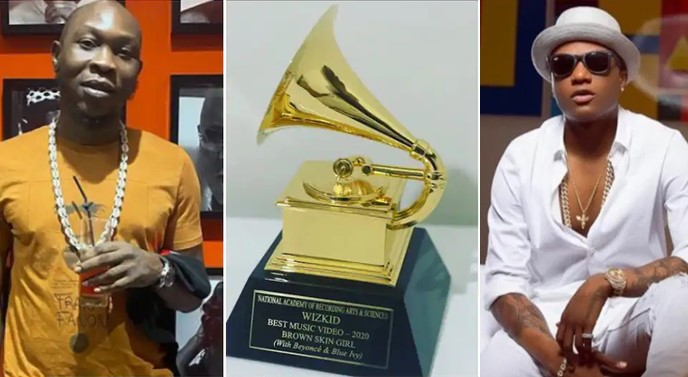 Nigeria’s Femi Kuti, Made Kuti, Wizkid, Tems and Burna Boy have been nominated for the 2022 Grammy Awards.

Tems is nominated for the coveted music prize for the first time this year.

Read Also: Teen Vogue: Tems opens up on her new EP “If Orange Was A Place”

Tems has had a meteoric ascent this year and continues to pave the way for Alté’s young ladies. Over the previous two years, she has established herself as one of the most passionate young artists in the entertainment industry. With the release of a series of important singles and albums, including her collaboration with Drake on the song “Fountains” off his album “Certified Lover Boy,” she has grown in international reputation, and she has subsequently become an artist to watch.

See the  full list for Global Music nominations below:

Do Yourself – Angelique Kidjo & Burna Boy

Legacy + – Femi Kuti And Made Kuti

Made In Lagos: Deluxe Edition – Wizkid

Jay-Z speaks about boycotting the Grammys to support DMX

Who got what last night at the GRAMMYS

Tiwa Savage set to perform at the Grammys….