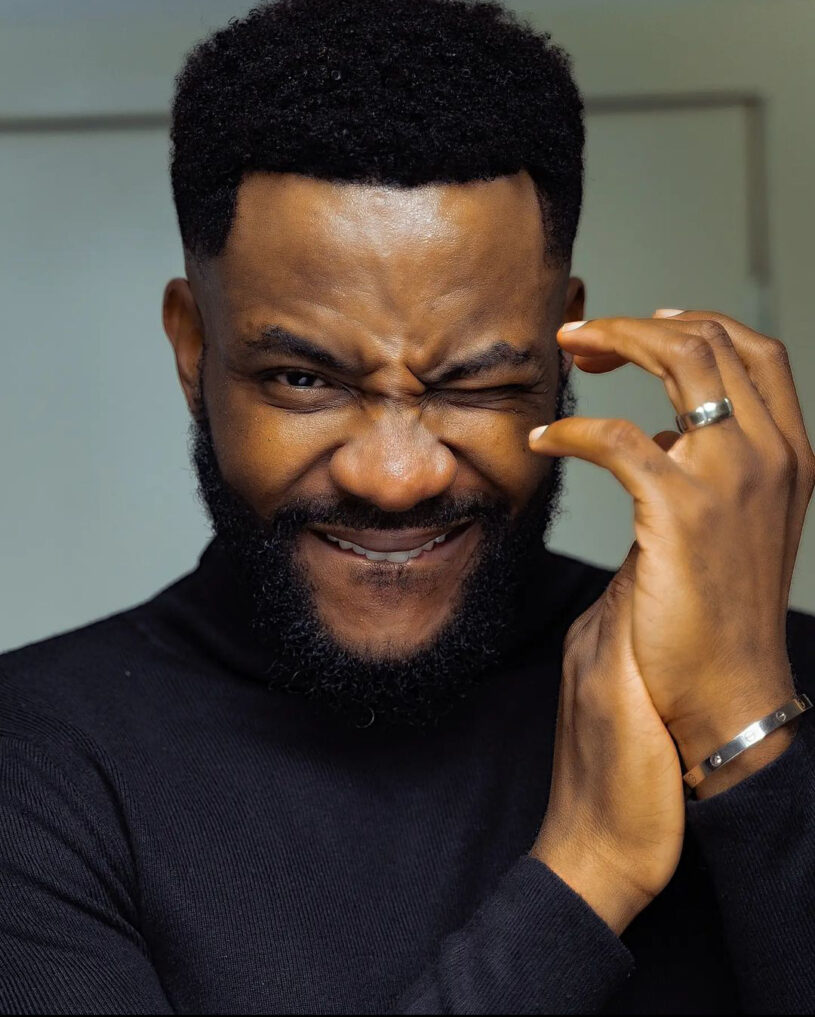 During the reunion aired on Thursday night, Boma said that the majority of married men in Nigeria have side chics.

He caused a stir when he gave out his statistics, saying about 98% of married men in Nigeria have girlfriends- while justifying why he got involved with fellow housemate Tega despite knowing her marital status.

However, the media personality and host of the show Ebuka Obi-Uchendu has formed a team that belongs to the minority of men with no girlfriends.

He declared that he’s very faithful to his wife and thus belongs to the 2% of men that do not cheat on their wives.

This comes after the DSTV official Twitter handle asked men who fall under the 2 per cent that do not cheat on their wives to indicate by retweeting.

Ebuka then followed it up by taking to his account and writing; Team 2%. 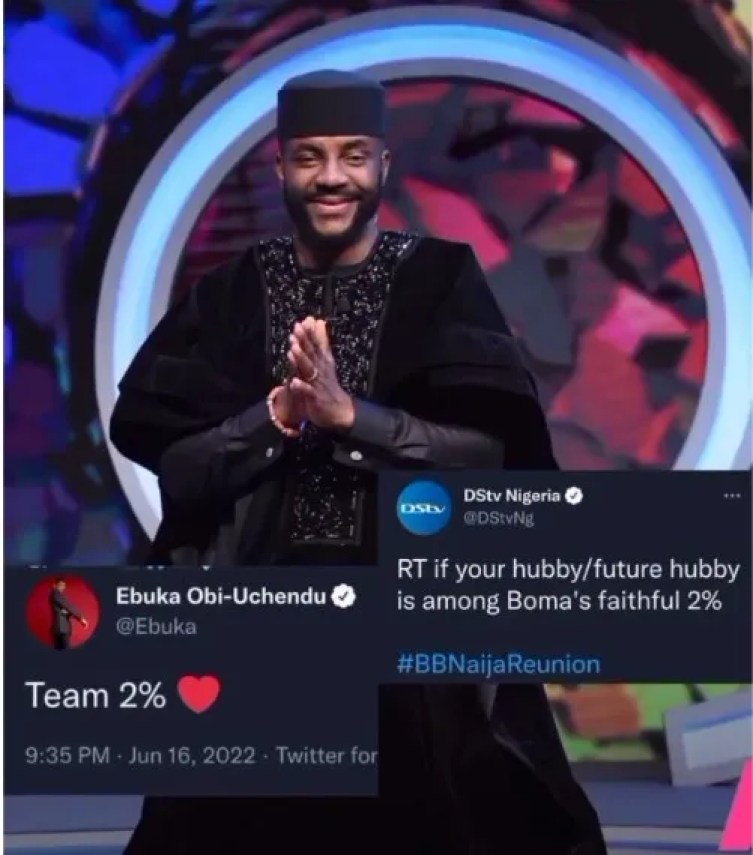 Ebuka Obi-Uchendu,Full Biography, Net worth & All You Need To Know

Ebuka Obi -Uchendu Shows Up In Style For The BBnaija Finale