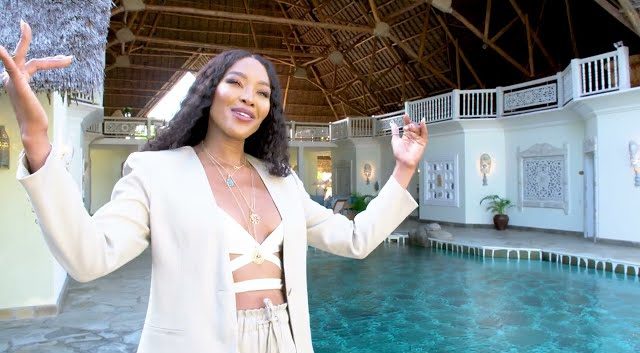 Let Architectural Digest take you on a tour of the coast of the Indian Ocean in Kenya to visit supermodel Naomi Campbell at her luxurious, airy villa.

Life as a fashion trailblazer and industry icon in constant demand for years necessitates a place to get away and unwind, and the tranquil seaside town of Malindi proved to be the perfect spot.

“It’s a very calming place,” says Campbell. “You don’t really want to be on the phone. You’re not trying to find a television. You just want to read and be with yourself.”

Naomi Elaine Campbell is a British model, actress and businesswoman.

Discovered at the age of 15, she established herself amongst the most recognisable and in-demand models of the late 1980s, the 1990s and the earlier 2000s including modern day.