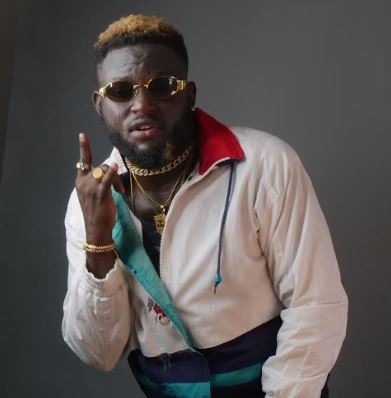 He said this yesterday during a meeting with some journalists in Lagos.

Nukas stated, “As a musician, you shouldn’t encourage lewd lyrics in your songs if you care about its negative effects on your fans, majority of whom are youths.”

Signed to Royal Empire Music and Art Label, owned by Lagos socialite, Prince Kazeem Eletu-Odibo, he also used the opportunity to throw shade at artistes who take drugs for inspiration.

He explained, “It is not good to abuse drugs; we all should know that. You can only take drugs on the doctor’s prescription. I have heard that some musicians take drugs, especially marijuana and codeine to gain inspiration. This might be true, but I don’t do drugs and I don’t believe in drugs.”

According to him, though he doesn’t smoke, smoking cigarettes is not a terrible thing.

“I don’t smoke, but I wouldn’t stop other musicians who feel it is okay to smoke because I don’t do it. Smoking here, I mean cigarettes, not drugs like marijuana or codeine.

“Many people have reasons to smoke; it could be as a result of the harsh weather. Everyone has what drives them; so, I don’t see smoking as a bad thing. Whatever you do and you don’t get addicted to it, it’s cool. But most smokers out there don’t take care of themselves. When you smoke, you should take care of yourself and check yourself medically and be sure of your health,” he narrated.

Similarly, he accused fans of encouraging and supporting songs that do more harm than good to the society.

He added, “If one sings, it should make people happy or educate them, not to make them go on the wrong path. If you are preaching to the people to go into drugs, then you are not adding any value to the society.

“Sometimes, the fans are the ones requesting for songs with lewd lyrics. The trend on the streets now is ‘shaku shaku,’ and look at the madness on the streets? People dance to it. That’s why the likes of Brymo, Asa, Adekunle Gold and other conscious singers get low patronage from fans.”

MUST READ: Davido Is Planning to Retire From Music!