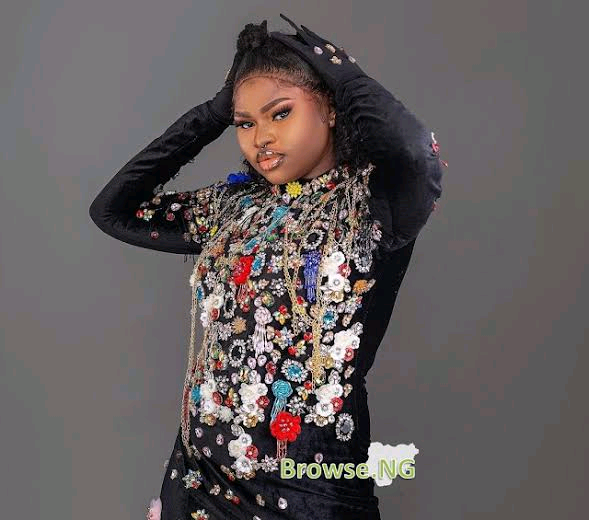 Nigerian skit maker, Mandy Kiss has broken silence after she was accused of allegedly sleeping with her married colleague Abdulgafar Abiola popularly known as Cute Abiola.

Read Also: Cute Abiola’s marriage in the verge of collapsing as wife shares his chat with side chicks

Glamsquad magazine had earlier reported on an alleged news which was brought to light by controversial Instagram blogger, Gistlover, which stated that Cute Abiola had a lot of girls her was sleeping with one of which was Mandy Kiss.

Reacting to the news Mandy Kiss, in a video that surfaced online, lashes at those sliding into her DM and asking to know the truth about the allegation.

Mandy Kiss said people could choose to believe whatever they read online because she owes nobody any explanation regarding the news making rounds online.

The upcoming actress added that she owes her body, and even if she had sex with Cute Abiola or not, it is nobody’s business.

A day in the life of a celebrity: episode 1; Tonto Dikeh