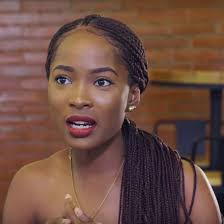 Speaking during a chat with’Rubbin Minds’ she says;

“I have seen a situation where a skit maker is picked over an actual actor that can pull of the role. I don’t believe that any actor should have only one source of income. Acting cannot be your primary source of income”.

”I thought the acting was going to be something I would do while in the university, make an extra change to what dad was giving me. I started hanging out with people who are into ushering business. An uncle who was into entertainment told me to try something in acting or presenting”.

Asked if she has ever been referred to as an ‘Instagram’ actress, the opinionated role interpreter said: “I haven’t heard anyone say that about me and even if they do, I cannot be bothered. If someone is employing me because I have a following on Instagram that is because they also want to sell their film”.