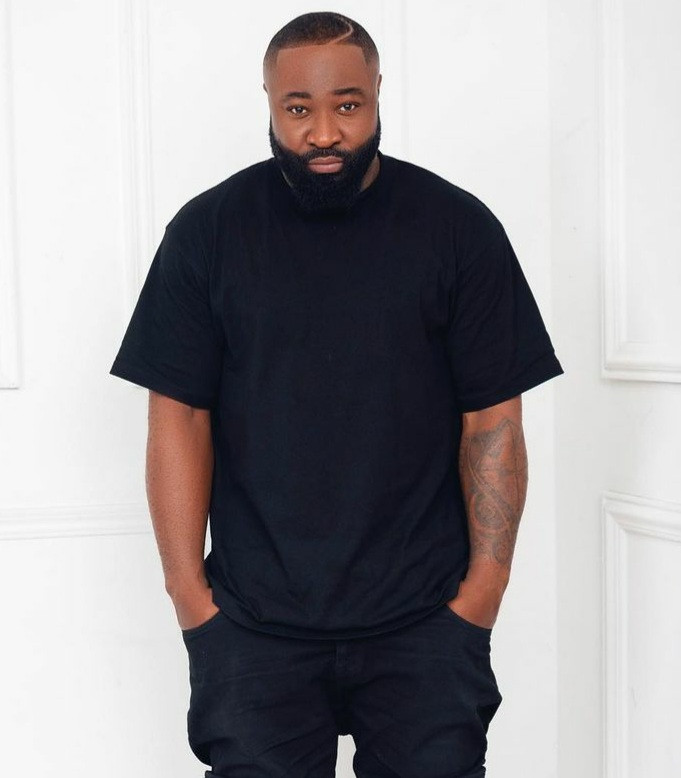 Nigerian singer and songwriter, Harrison Tare Okiri, better known as Harrysong has dropped a rather shocking opinion about where to God is, Glamsquad reports.

The 41-year-old who is also an instrumentalist took to his Instastory to reveal that he disagrees with the belief that God is in heaven.

He urged people not to just read but also study, think and research. He went on to share a bible verse that stated that God created heaven and earth.

Harrysong then asked ”How possible is it for you to be in a location and later create that location?” 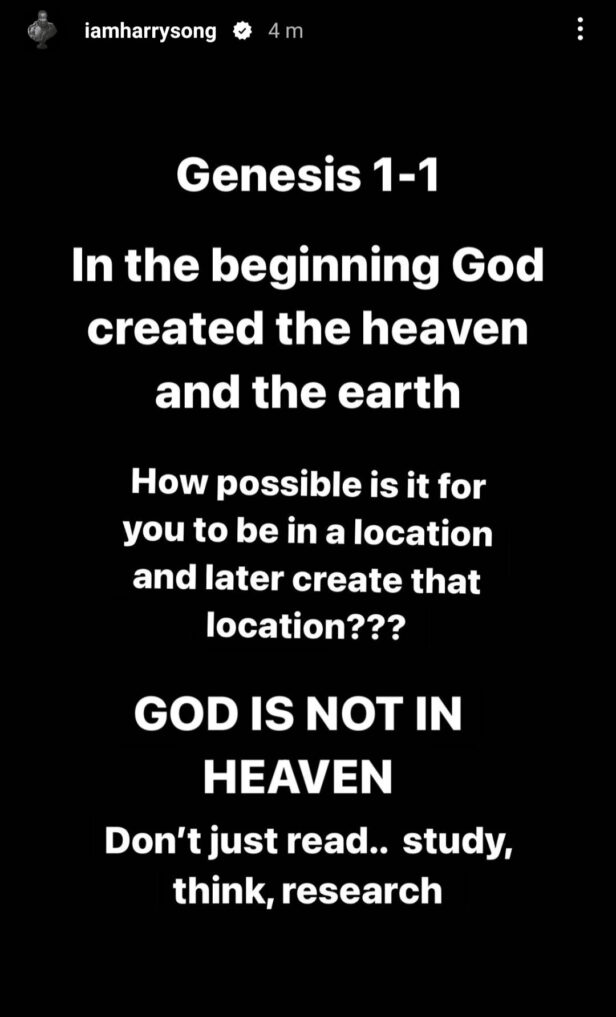 Glamsquad recalls that a few days back, Harrysong threatened to do something crazy and deadly as his patience was fast running out.

This comes after a politician and socialite identified as Akinola Davidson Kolawole allegedly refused to refund a project money paid to him by Harrysong.

Harrysong noted that revealed that the politician had committed an abominable offence against him and the youths of Nigeria Delta.

“I am calling on the Ekiti state government, the youths of Ekiti state, plus the youths of Ondo state, to get on this very matter now as Mr Akinola Davidson Kolawole has committed an abominable offense against me and the youths of the Niger Delta, I’m about to do something crazy and deadly for my patience has ran out, trying to retrieve a project money paid to this wicked, proud and arrogant thief. I won’t be this polite on the next post.

The ‘Better Pikin’ crooner rose to fame after his tribute song to Nelson Mandela won the “Most Downloaded Callertune Award” at The Headies Awards in 2013.