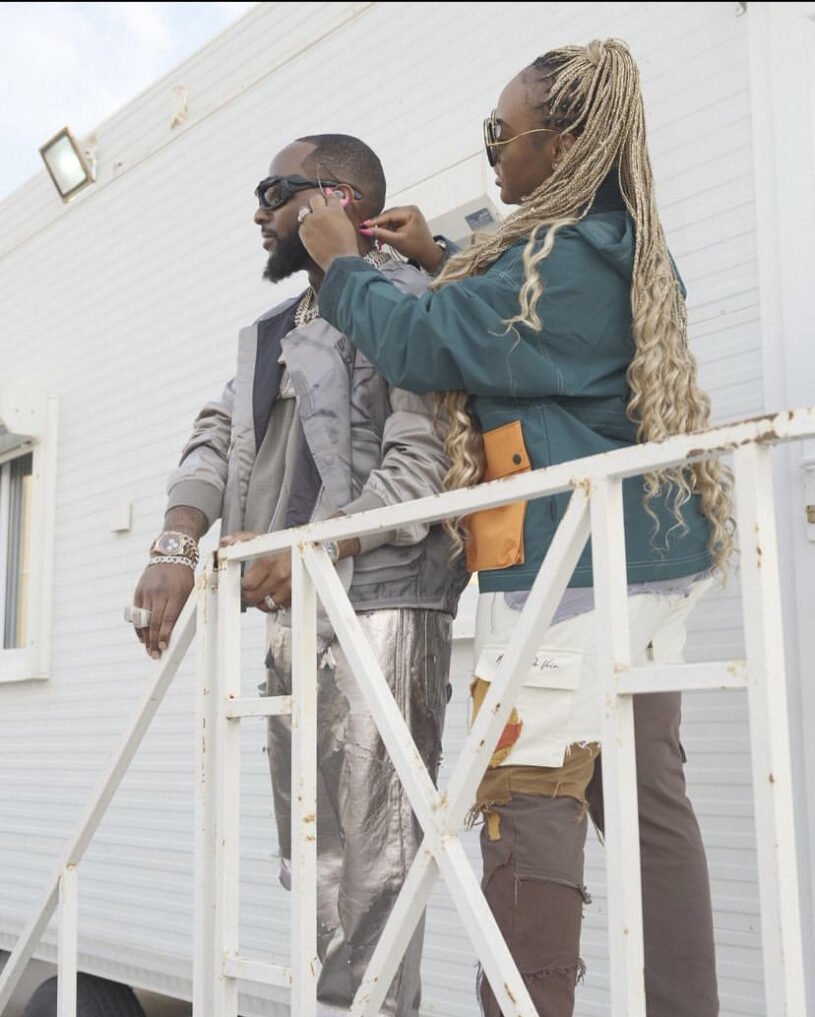 Nigeria Pop singer, Davido prayed for a Ghanaian Twitter user who blamed him for the death of his son.

Davido and his wife, Chioma were left shattered following the death of their 3-years-old son, in October.

While many sympathized with Davido and Chioma for their son’s death, others blamed the couple for his death.

A Ghanaian Twitter influencer  had shifted blame on Davido for killing his son. He stated that Davido’s carelessness and care-free behavior, led to the death of ifeanyi. 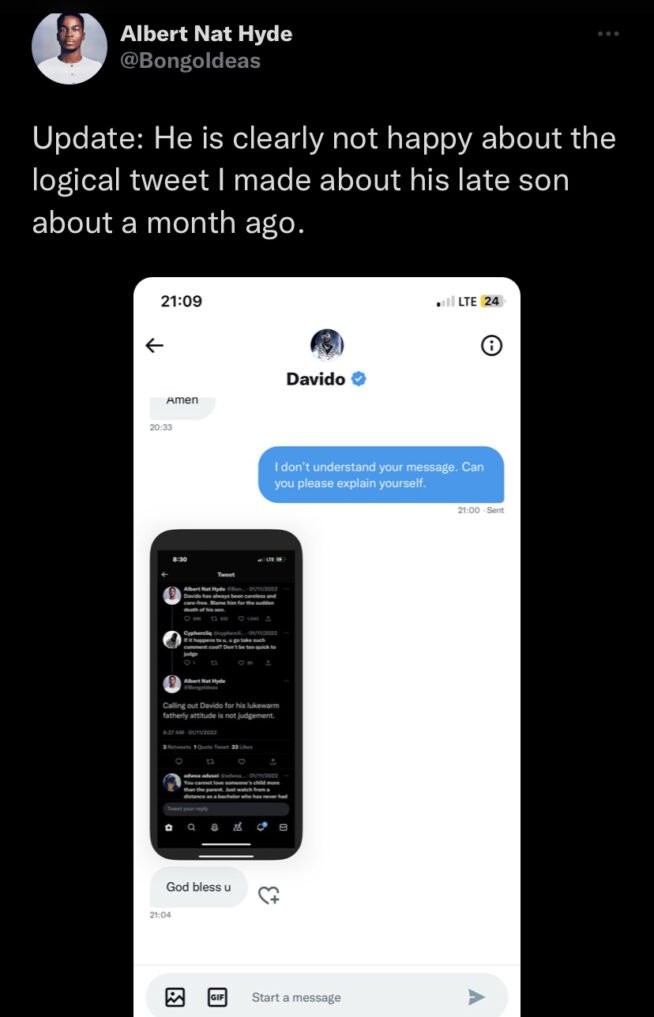 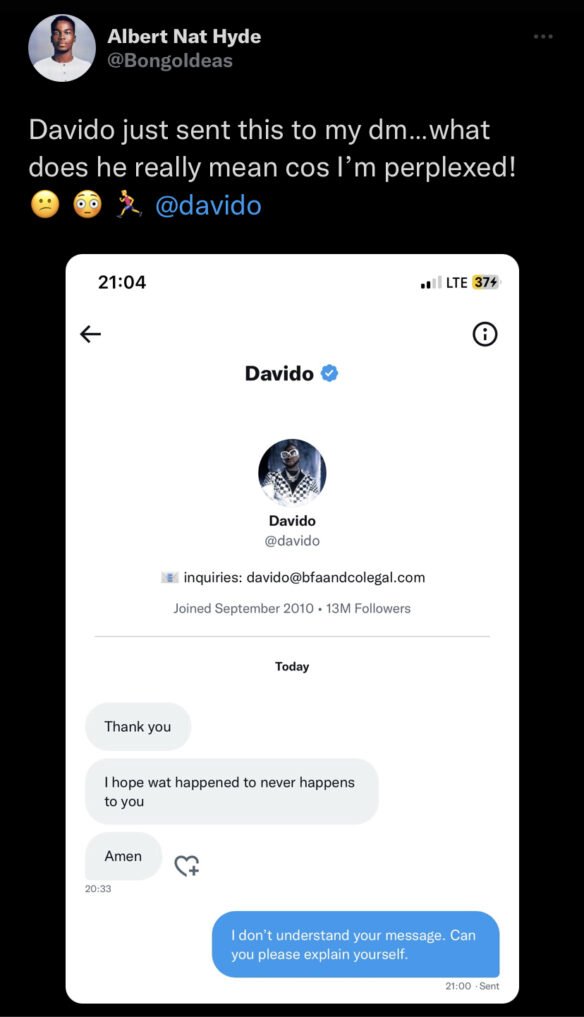 “Davido has always been careless and care-free. Blame him for the sudden death of his son”, he tweeted.

Davido and his partner, Chioma  who made their return to social media on Sunday, took out time to respond to him.