Great news: we finally have some clarity about the frontrunner in the Democratic Primary and it’s Siba, the glamorous dog who won the Westminster Kennel Club Competition (as I’ve been predicting since July). Many headlines are referring to Queen Siba as a standard poodle, which is technically correct as that is her breed but also a shockingly inaccurate bit of journalistic negging. Siba is anything but standard. The disrespect, honestly, it’s galling. Is the Hope Diamond standard? Is the Mona Lisa standard? Is Sister Act 2: Back in the Habit standard? Calling Siba standard is like calling universal income basic. It makes sense but I don’t like it. 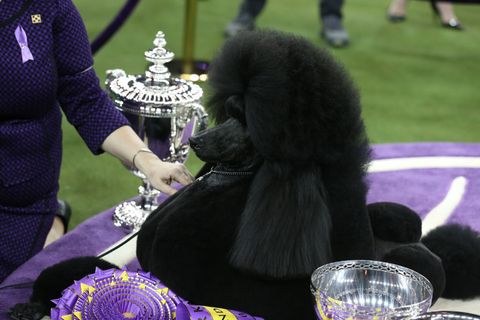 Siba waiting for you to put some respect on her name.
ICON SPORTSWIREGETTY IMAGES

Anyone who can take a look at that blowout and use the word standard needs to be locked in solitary confinement with a dictionary. This dog is every kind of goals: hair goals, attitude goals, winning goals. She’s not technically wearing clothes but she’s fashion goals also. 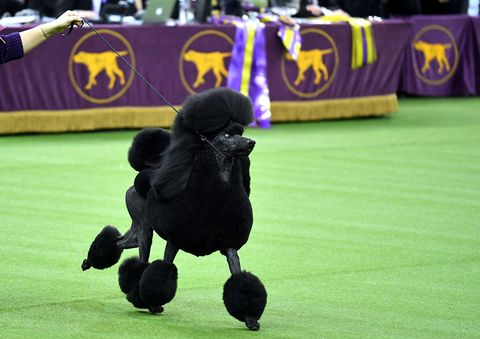 
Siba has the regal countenance of a New York grand dame who owns a brownstone filled with art, statement necklaces, and ghosts. She holds long dinner parties where she talks about a road trip she took with Debbie Allen, Geoffrey Holder, and Chita Rivera one time and every time she tells it the destination of the road trip changes but you believe her anyway. 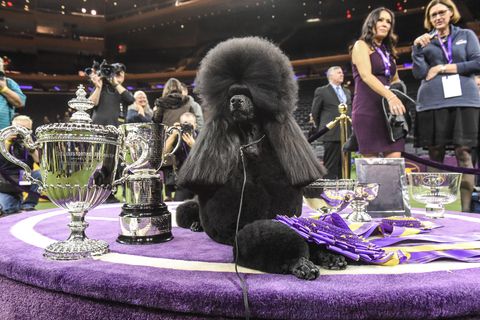 Siba is distressed that you didn’t RSVP, but please do come in anyway, of course.
STEPHANIE KEITHGETTY IMAGES

Siba (as she’s known to her friends, but you can call her the Madame Sabine Waterford Throckmorton) is giving you “Maggie Smith in First Wives Club.” She’s giving you “goth Marie Antoinette.” She is giving you “beloved ’70s singer patiently sitting through a Grammys tribute performance by artists she’s never heard of.” Siba is better than any of us and, frankly, it’s a relief to stan. 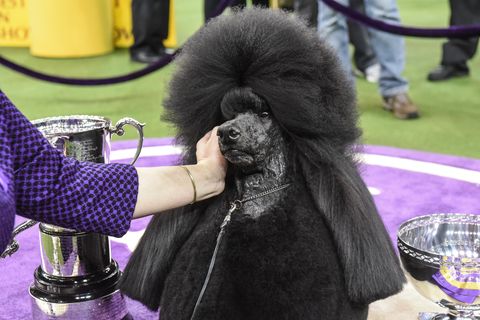 Siba lives life always prepared for one of those costume parties on Big Little Lies. Siba doesn’t need to know the theme, dear. She’s come prepared with a look and you’re going to gag.

Question: how many hours do you think she spends flat-ironing her hair? Do you think Siba would deign to promote her products on Insta? Probably not; she’s one of those old school celebrities who swears that the secret to her luscious locks is something wild like “wild honey and a spritz of 7-UP. I just shake it and go! Honestly!” 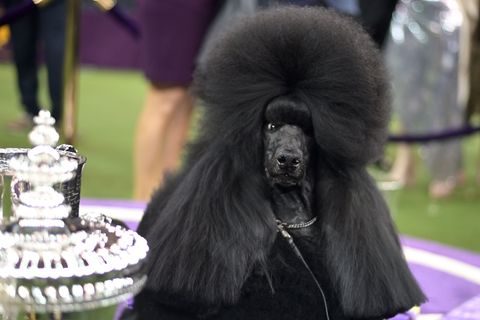 “Is my wig crooked or is the world off-kilter?”
JOHANNES EISELEGETTY IMAGES

I don’t know if this will make sense to you but Siba has the appearance of someone who has definitely recorded the theme song for a classic sitcom at some point in her life. Did she also release an album of sex tunes called “Strawberry Wine and Bubble Baths”? Maybe so, but if you bring it up, she’ll stare at you blankly until you change the subject.

In every photo, Siba looks like someone who has just woken up from a nap in a cryogenic chamber and isn’t totally sold on this concept you’re referring to as “the present.” She went to a resort in the Catskills to “get some rest” and somehow 50 years have passed and everyone yells at her when she lights a cigarette on an airplane. The disrespect! 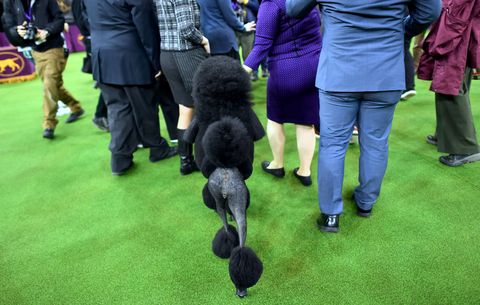 “No, the manager would like to speak with me, sweetie.”
JOHANNES EISELEGETTY IMAGES

Siba owns a wine cave and she refuses to be shamed for it.

Siba repeatedly emails Dolly Parton in all caps asking for a guest star role on Grace and Frankie because Siba has gotten a couple of things mixed up. Dolly doesn’t mind.

Siba does not have Netflix and she doesn’t know what Netflix is.

Siba was the Grand Marshal of the Wilton Manors Pride parade every year from 1996 to 2002.

Siba has already been cast in a pivotal role in the Knives Out sequel. Chris Evans sweater who?

Siba is my queen, my life coach, my icon, my great-aunt who is cutting me out of her will, my landlord, my drag alter ego, myself. I love Siba.