The media personality took to Instagram to showcase several photos and videos of herself revealing  the massive backside.

It is not surprising that Toke Makinwa got involved in many surgeries to enlarge her butt and it has generated series of reactions from fans who expressed concerns. Netizens took to social media to mock the media personality over the shape of her butt. Some fans claimed that she should ask for a refund.

READ ALSO: Toke Makinwa laughs off tweet about not giving shoutout to the ‘doctor that did her yansh’

See some of the reactions as captured by glamsquad, 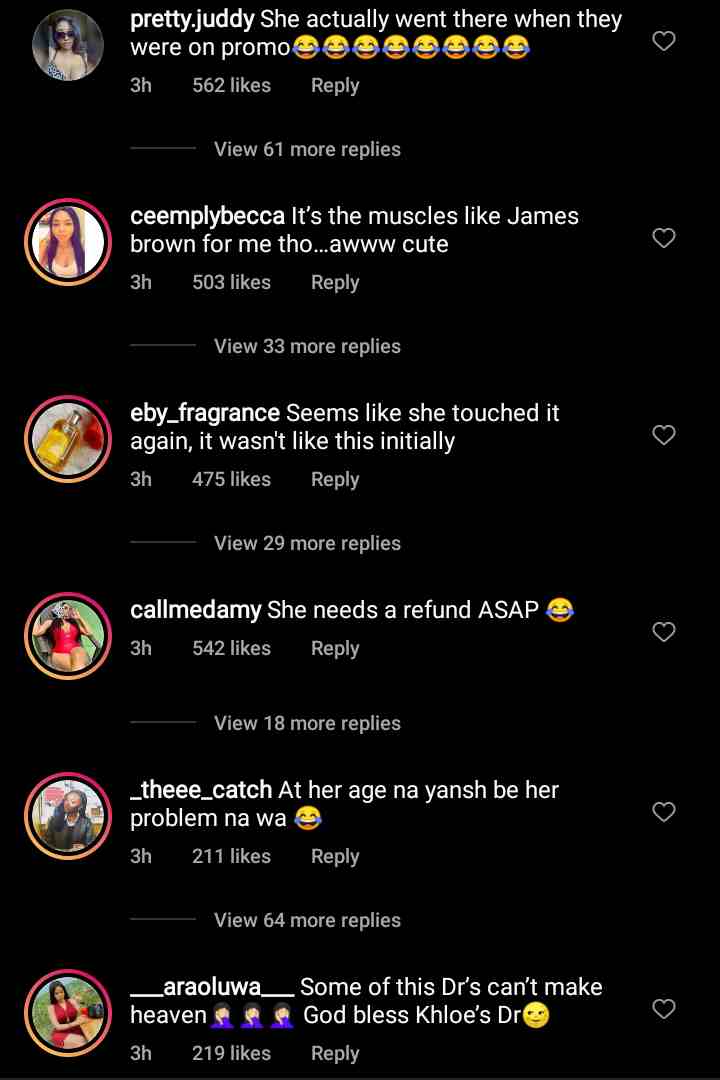 Glam Look Of The Day: Maria Chike Stuns in a Beautiful Dress