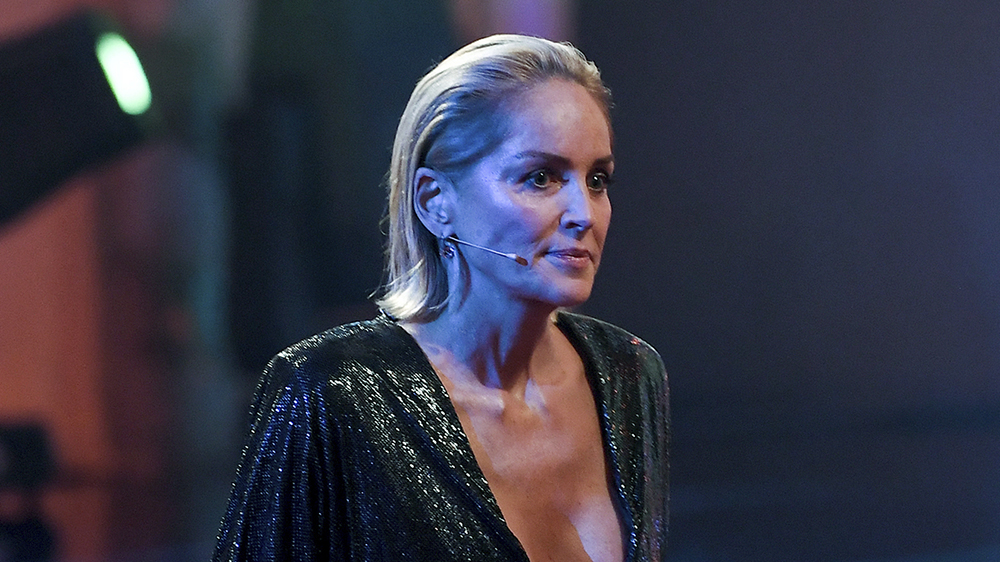 Sharon Stone’s surgeon enhanced her breast size without her consent.

The ‘Basic Instinct’ star had an operation to remove benign tumours from her body in 2001, but when she woke up, she revealed she had a “full cup-size bigger breasts” than before because the surgeon thought it suited her better.

Speaking to The Times newspaper, she explained: “When I was un-bandaged, I discovered that I had a full cup-size bigger breasts, ones that he said, ‘go better with your hip size’. He had changed my body without my knowledge or consent … He thought that I would look better with bigger, better boobs.” Meanwhile, Sharon previously admitted she lost her “radiance” during her seven-year recovery from a stroke, which she suffered in 2001.

She admitted: “My radiance went away. It isn’t so much your beauty as your radiance. It’s a radiance and a magnetism and a presence …

“Yes, it comes from health and well-being and youth. It comes from confidence too. And when you are in this business that we’re in, they start telling you that you don’t have it anymore and you start believing it.”

During her health battle, Sharon revealed her late grandmother visited her when she was in hospital as she had an out-of-body experience.

She explained: “One night I awoke to my grandmother Lela standing at the foot of my bed. I know that sounds reasonable, except my grandmother had been dead for 30 years.

She was at her best, wearing her favourite suit and hat. She said, ‘We don’t really know what’s wrong with you – we are working on it. But whatever you do, don’t move your neck.’

“Then she was gone. I took the teddy bear my dad had brought me, squiggled to the side of the bed, and stuffed that bear by my neck and DID NOT MOVE. No matter what, I immobilised myself. I did not roll onto my side.”

Keke Palmer Hosted The MTV VMAs & We Loved It!