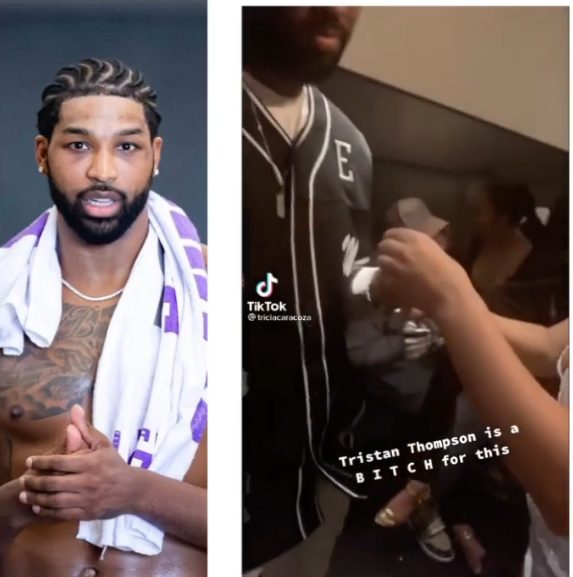 Tristan Thompson, a serial cheater, was seen getting intimate with a mystery lady just weeks after publicly apologizing to Khloe Kardashian for having a child with a personal trainer while they were together.

At a bar in Milwaukee, Wisconsin, the mysterious woman was observed sitting on the lap of the NBA star, who is also a father of three.

Tristan and Khloé split up in June after reports surfaced that he had cheated on the mother of his three-year-old daughter True with model Sydney Chase.

Despite Tristan’s denial, it was later revealed that another woman, Maralee Nichols, had filed a paternity claim against him.

Tristan first denied the charges, but after DNA tests revealed he was the child’s father, he tendered Khloé an apology.

Nigerians react to photo of Pete Edochie and his first son, Leo