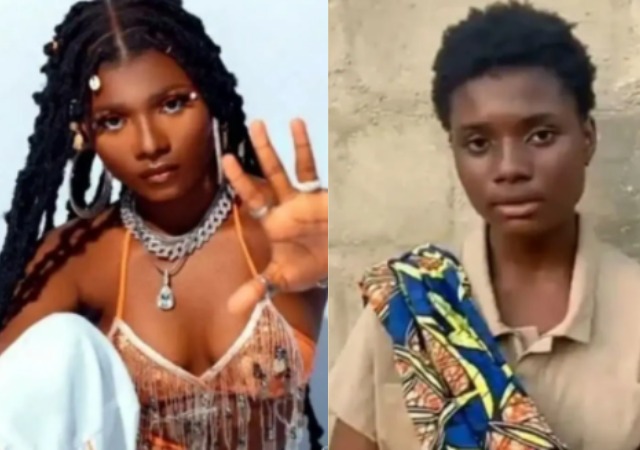 Activist Reno Omokri has compared the past and present appearance of the fast rising music star, Salle, hoping she doesn’t lose her innocence, while praying for God’s blessing upon her.

The Former Presidential aide, Reno Omokri complained bitterly on the new look of a 17-year-old street hawker who ruled our screen a month ago with her angelic voice.

The young girl has been styled so differently exposing some parts of her body and Reno Omokri reacting to that said he prefers her former look and we all agree with that because going sexually doesn’t sell her craft but rather her body.

Reno said losing her innocence in the course of her music career is totally wrong.

However, Reno Omokri has appealed to her management not to strip her of that innocence that was displayed before she became a star. Adding that he prefers her former look to the present one.

“May God bless and prosper her. I prefer her former look. Her talent is her voice, and her grass to grace story is her appeal. I hope those managing her don’t strip her of that undefiled innocence we saw barely a month ago. That unspoilt, pure innocence is her ticket to the top!

He stated that there are so many artistes with sex appeal. That field is crowded.

According to Reno, Adele set the record for longest-charting album by a female solo artist without losing her innocence. And I am confident Salle can go far with it.

Teachers come after TikTok and Facebook over 'devious licks'