With the rate at which we operate our mobile phones on a daily basis, charging of the devices has become part of our everyday life, but the unsightly charging cables, scrambling to find a charger, and the frustration that comes with forgetting to plug your phone in, is something we can all do without.

It’s been almost four years since Apple first announced wireless charging capabilities in its iPhones. Apple diehards were buzzing at the news.

Apple wasn’t the first company to build Qi wireless charging into smartphones, but as the most iconic smartphone company in the world, they received a lot of attention about it.

Fast forward to 2021. The hype has sizzled, but now wireless charging is available in more smartphones than ever before.

Wireless charging has been around for a good while now, but it’s only in the last couple of years that it’s started to take off.

Simply placing your smartphone on a special mat (AKA a “charger pad” or “charging surface”) will allow both Android phones and iPhones to absorb a charge.

In the future, wireless charging may even be possible just by being near a charger, meaning you won’t even need to take your device out of your pocket to charge it.

We’re not there yet though, so for now, let’s weigh the pros and cons of today’s wireless charging for both Android smartphones and iPhones to help you decide whether it’s the right choice for you.

READ ALSO: You’ll need to erase and factory reset your iPhone before you can trade it in

So what exactly is wireless charging, how does it work and does your phone even support it? Allow us to answer all these questions and more.

It involves a power transmitting pad and a receiver, sometimes in the form of a case attached to a mobile device or built into the phone itself. When we said it was cable-free, it isn’t quite, because the pad will have a cable going from the outlet into it.

How does wireless charging work?

Wireless charging uses a base station or charging pad to transmit power using electromagnetic waves. These waves are then picked up by a receiver coil embedded in the back of your phone that transforms the waves into electricity. This electricity is then used to charge the smartphone.

When you center your smartphone onto a wireless charging pad, the only thing you’ll notice is the change of your battery icon from its standard mode to a battery with a bolt in the middle, signalling your phone is actively being charged.

Wireless charging is based on inductive charging, whereby power is created by passing an electrical current through two coils to create an electromagnetic field.

When the receiving magnetic plate on the mobile device comes into contact with the transmitter or at least within the specified range – the magnetic field generates an electrical current within the device.

This current is then converted into direct current (DC), which in turn charges the built-in battery.

What is the standard for wireless charging?
The main wireless standard is Qi (pronounced “chee”). Qi is a standard that has been developed by the Wireless Power Consortium (WPC) for inductive charging over distances of up to 40mm.

Qi wireless charging has been adopted by many of the major smartphone manufacturers: Samsung, Apple, Sony, LG, HTC, Huawei, Nokia (HMD), Motorola and Blackberry. It’s also being incorporated inside numerous vehicles now too.

Qi has three separate power specifications, beginning with low power, which is primarily what we’re talking about here, for charging mobile devices.

At the moment there are several wattages that can be applied to this. 5W is a minimum, while some handsets support 7.5W, 10W and up to 15W and then onto 30W in a later version of the standard.

However, individual companies can develop their own technologies to deliver faster wireless charging speeds.

Apple’s own wireless charging mat, called AirPower, never actually launched but there are many third-party versions that will charge your iPhone, Apple Watch and newer AirPods have a wireless charging case as do many other wireless earphones now.

1- Less cords to worry about. This one’s a no brainer. With wireless technology, you don’t need to carry around your USB-c charger wherever you go. You just need one cable that is connected to the charging mat.

2- More durable. Without having to regularly plug or unplug, there’s also no wear and tear on the smartphone sockets. If you alternate between charging wirelessly and with cables, this also means less wear and tear on your cables.

3- Safer connections. Since the charging is all occurring inside an enclosed environment and without cords, there’s no corrosion because there is no exposure to water or oxygen. This also means that there is less risk of electrical faults. This is a pretty big plus, since there are plenty of companies selling janky charging cables.

4- Universal compatibility. Qi charging is the universal standard, so if you have multiple different wireless capable devices, you can use the same charging pad without any issue.

1- It takes longer to charge your phone. The efficiency of Qi charging is still lower than cable charging, so it takes more time to charge wirelessly using the same amount of power. Wireless charging supposedly takes 30-80% longer to fully charge your device than a cable.

3- You aren’t able to use your phone. The phone needs to stay on the pad in order to continue charging. When people hear the term wireless, they immediately think that they can move around pretty freely. Unfortunately, this isn’t the case with wireless charging.

4- Impact on battery life. Some batteries may get degraded but there are too many variables, phone models, operating systems (OS), charging habits, to make test studies worthwhile.

As a matter of fact, the advancement of smart devices, would probably make wireless charging to become the norm. In the nearest future you may not even need to use a charger at all, you might be able to charge your devices over the thin air. Until then, weigh the pros and cons of wireless charging and see which is beneficial. 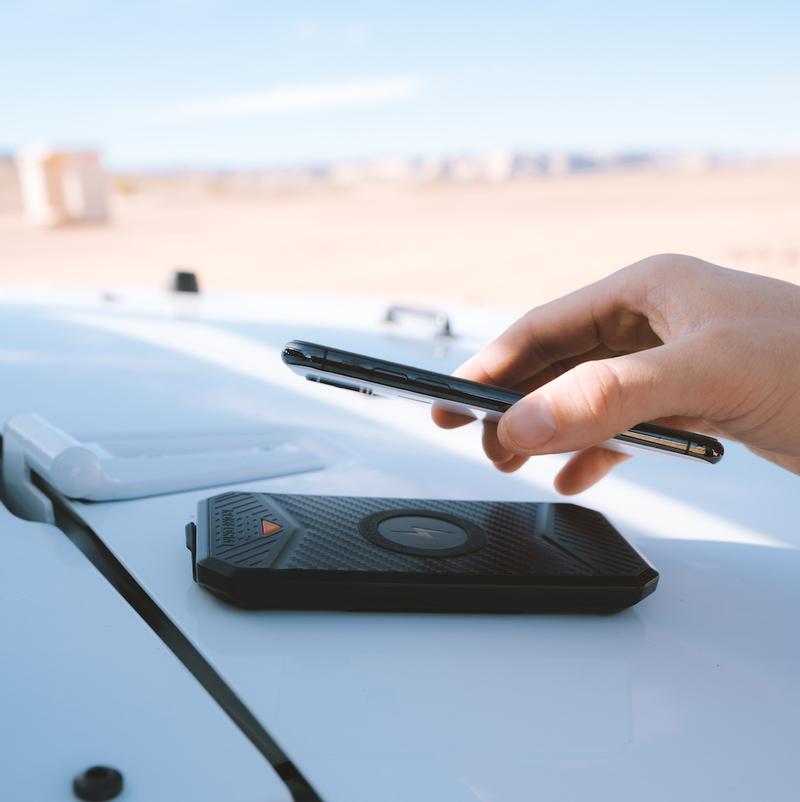 Glam Look Of The Day: Beyoncé Glows Like A Queen