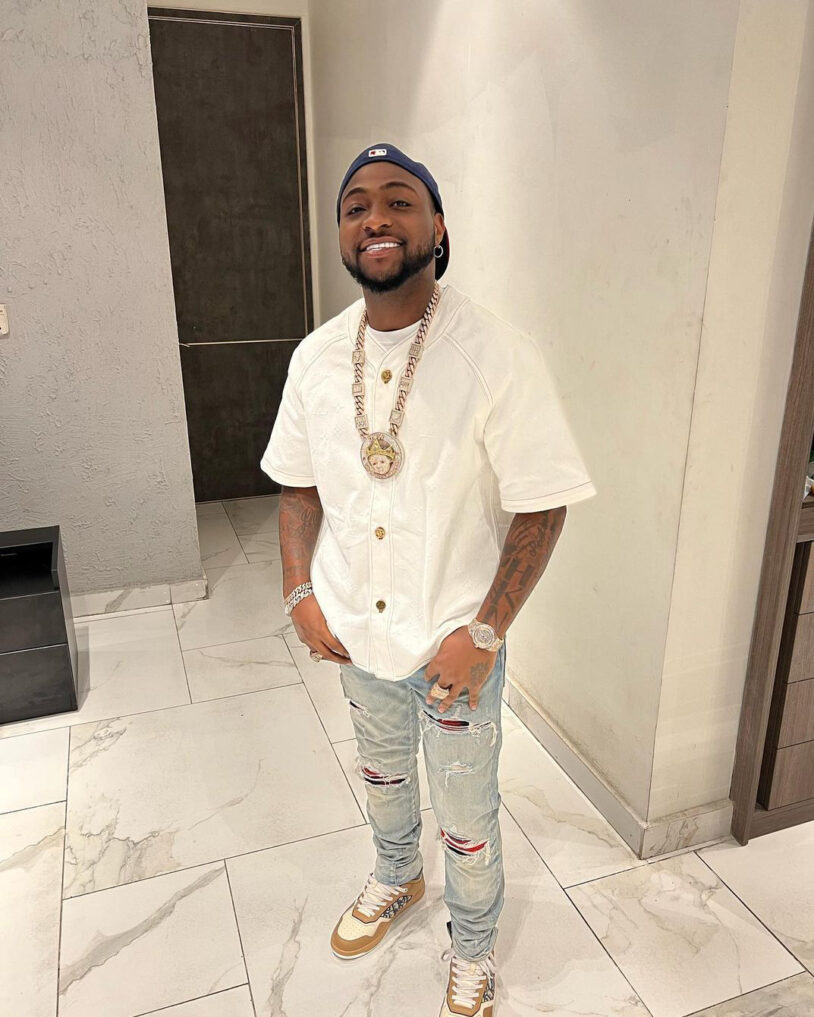 Afrobeats musician, Davido has reacted to his sleeping meme that went viral a few days back.

Glamsquad recalls that a few days back, a picture of Davido sleeping in a car was captioned and shared with the words, “see person wey stand strong”(the title of his latest song is ‘Stand Strong’).

Reacting to the meme, Davido noted that it made him laugh for one hour and , to fight the person who captured and released the photo.

He wrote: “If I catch this person, na fight. I don dey laff for one hour straight.” 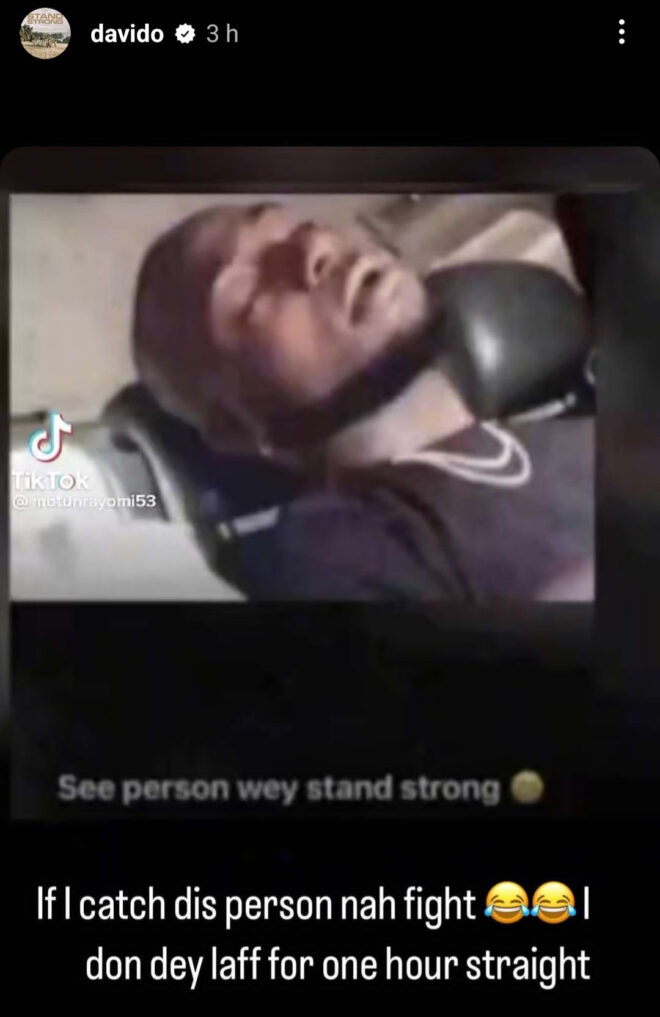 Glamsquad recalls that the 29-year-old father of five penned an emotional note to himself as he reflects on his journey in the entertainment industry. Read here

Glam Look Of The Day: Toke Makinwa Serves Beauty in a Stylish Dress